Kelly Ripa Has a Hot Husband and Adorable Kids 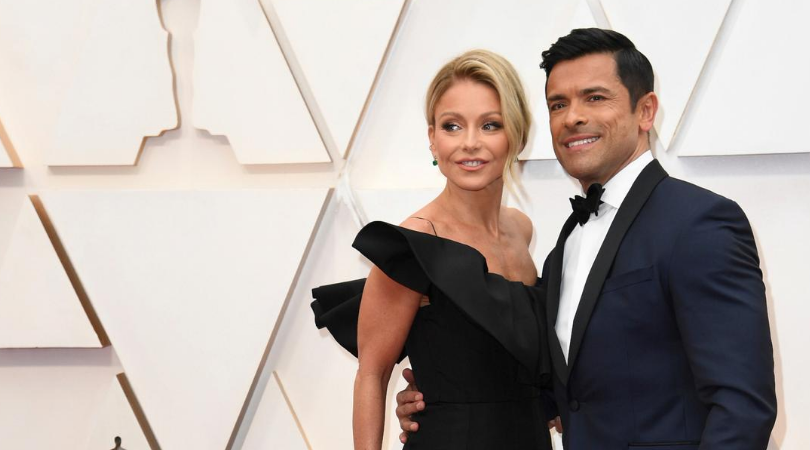 Daytime television show host Kelly Ripa is known as the host from Live with Kelly and Ryan and All My Children. Their story began on the set of All My Children wasn’t only beneficial as a job. No, she got love at first sight-ed, too, from a picture. Then they got married. If this has ever happened to you, keep reading to determine if you should actually be Kelly Ripa.

The love story, like many on the soap, began on the set of All My Children. According to Kelly Ripa, it was love at first sight. Ripa happened across a photograph featuring her co-star, Mark Consuelos, who played her love interest. In a SiriusXM interview, she admits that she saw her life with Consuelos flash before her eyes at that moment. Or maybe she saw a super hot guy rich guy and thought “he’ll do.” The two quickly started dating. And after just a year, he proposed to her casually over a box of pizza and wine. She thought he was kidding. He insisted he was serious and asked her to go to Vegas the next day. On May 1, 1996, the two got married in Las Vegas. They honeymooned in Italy.

Ten years later, the couple officially bought a ring for Ripa, so they would know that she was taken forever. Whew. And today, she claims it as one of her most prized possessions.

Mark Consuelos is more than just Kelly Ripa’s husband. He is an actor, businessman, and according to an interview with Ripa, he is also the favorite parent. He’s known for the role Mateo Santos on All My Children on ABC and Hiram Lodge on the CW’s Riverdale. Today he and Ripa also are business partners. They opened their own production company, Milojo, a combination of all of their children’s names in 2007. One of their documentaries, The Streak, an ESPN film, was nominated for an Emmy Award.

After being married for a year, they welcomed their first child. Their son Michael Joseph was born in June 1997. He is now an actor. Michael landed the role of a young Hiram Lodge on the CW’s teen tv show Riverdale back in 2017. Ripa shared a sweet congratulations to the Riverdale actor on social media when the news was released.

Ripa and Consuelo’s second child arrived in 2001, their daughter Lola Grace. This was also the year that she became co-host working with Regis Philbin on Live, taking over for Kathie Lee Gifford. A third child, Joaquin Antonio was born in February of 2003.