Kelly Ripa shows off her “Kinky Boots,” and fans can’t get enough 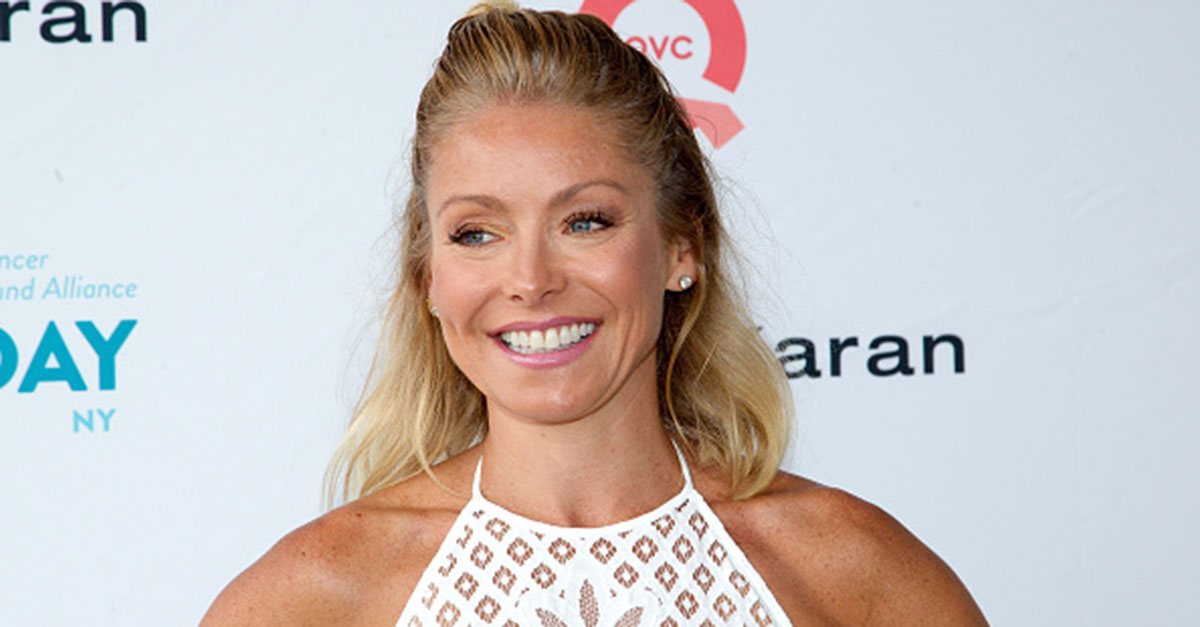 Though she’s only 5’3″, Kelly Ripa looks like she’s got legs for days, and she knows how to show ’em off.

RELATED: A nostalgic Kelly Ripa posted the most adorable throwback pic of her youngest baby

While on the set of “Live! With Kelly and Ryan,” the mother of three created an Instagram boomerang video showing herself rocking nothing more than an oversized black hoodie and red, thigh-high boots. The 46-year-old completed the look by slinging a bat over her shoulders as she strutted her stuff down the stage. Behind her was a background with what looked like stacks of cash, and she captioned the homage to Broadway’s hit show “Kinky Boots,” writing “Seeing @jakeshears in #kinkyboots got me like…….”

All in all, she looked like a total badass. And with nearly 2 million views and hundreds of comments since she shared the video, it seems people totally agree.

“You go girl!” said another, while a different told her to “Work those boots! ?”

Ripa isn’t the only “Live!” host to rock red thigh-highs in honor of the Tony Award-winning musical. Back in 2013, Ripa’s former co-host Michael Strahan took his turn lacing up the killer heels during the show’s “Broadway on Live” week. Before his performance, he joked to EXTRA saying, “I have kinky boots, man, what can I say??

Strahan continued, ?All the fear that I’ve put into men over my football career is about to leave when they see my next outfit and my finish.?

?My hat’s off to you!” the current “Good Morning America” host said of heel-wearing women. “You look marvelous, but you are magicians.?