How Long has Kenan Thompson Been on ‘SNL’? 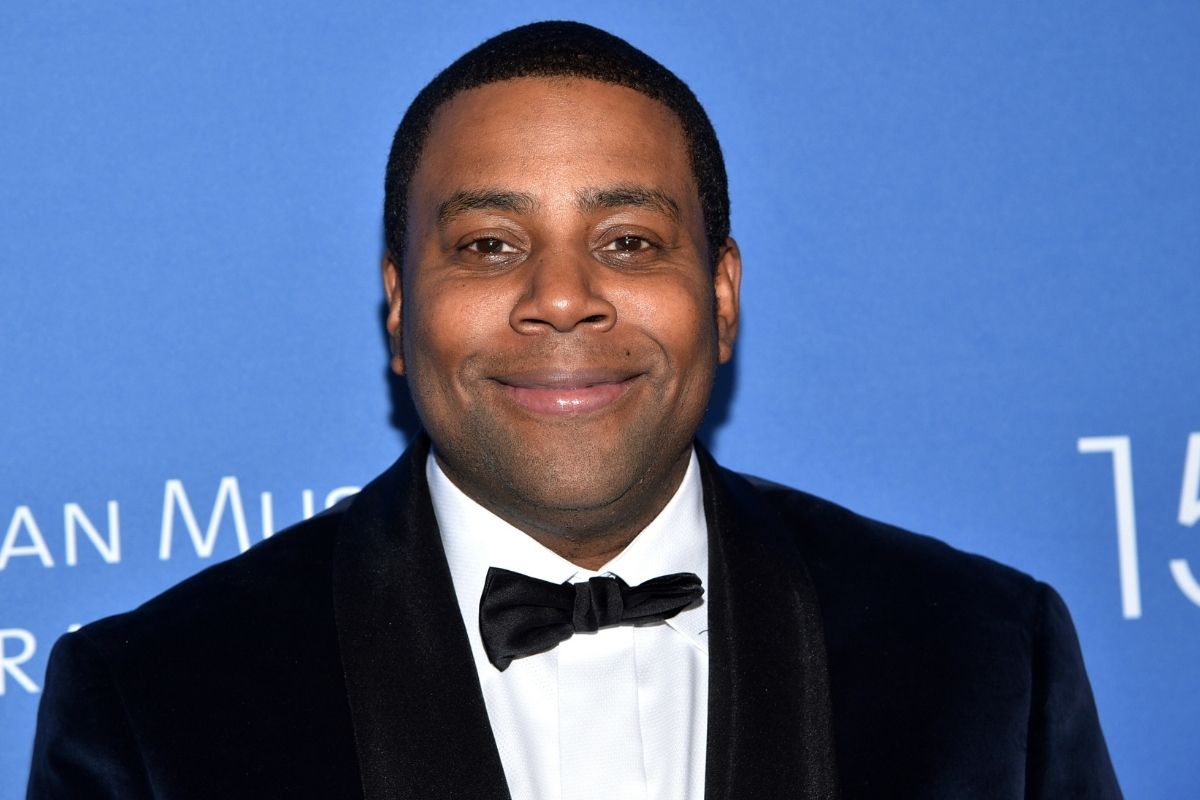 Saturday Night Live has been around since 1975; it premiered on NBC on October 11, 1975, and the late-night sketch comedy show has won 44 Emmy awards, making it the top Emmy-winning show of all time. Cast member Kenan Thompson, born May 10, 1978, in Atlanta, Georgia, has some SNL records of his own. When he joined the show, he was the youngest cast member as well as the first cast member to have been born after the show?s original premiere.

Today, he?s the oldest cast member and holds the record for longest-tenured SNL cast member ever. Just how long has he been on the show, how did he get there, and does he have any plans to leave?

A Lifetime In Sketch Comedy

Per The Washington Post, Thompson?s mother enrolled him in acting classes when he was a young child. After over 100 auditions and rejections, he was hired to review movies on the show Real News For Kids. This led to roles in D2: The Mighty Ducks and the Nickelodeon sketch comedy show for kids All That. All That often paired up Thompson with fellow cast member and comedian Kel Mitchell. The two of them went on to appear together on Sister, Sister, The Steve Harvey Show, Cousin Skeeter, and Sabrina The Teenage Witch and star on the Nickelodeon sitcom Kenan & Kel as well as in the movie Good Burger, which was based on an All That sketch. Both Thompson and Mitchell auditioned for Saturday Night Live in 2003, but only Thompson was accepted as a cast member, at which point he moved to New York. The two reunited for a cameo appearance on The Tonight Show With Jimmy Fallon in 2015 during which they revived some All That characters. They also competed against one another on a 2018 episode of Double Dare and served as executive producers on the 2019 All That reboot.

Kenan Thompson?s many iconic Saturday Night Live characters include ?Black Jeopardy? host Darnell Hayes, French comedian Jean K. Jean, ?What?s Up With That? host Diondre Cole, and ?Weekend Update? guests LaVar Ball and anchor Michael Che?s neighbor Willie. His impersonations include spoofs of everyone from Reverend Al Sharpton to Oprah Winfrey to Charles Barkley to Wanda Sykes. In fact, in 2013, per Business Insider, Thompson started refusing to dress in drag to portray Black female celebrities. This brought attention to the fact that SNL had at that point hired just four Black women as cast members during the show?s entire run and had zero Black women in the cast at that time. Leslie Jones and Sasheer Zamara were both hired in 2014. They have both since left the show; Thompson currently appears alongside cast members Pete Davidson, Melissa Villaseñor, Ego Nwodim, Colin Jost, and Aidy Bryant, to name a few.

Thompson Won An Emmy For “Come Back, Barack”

In addition to SNL, Thompson played the role of Fat Albert in the 2003 movie adaptation of the cartoon. He also appeared in the 2006 cult classic Snakes On A Plane and has provided the voices for numerous cartoon characters, including Greedy Smurf in the new Smurfs movies and Tiny Diamond in the Trolls franchise. Other iconic moments in Thompson?s SNL history include performing ?Come Back, Barack? with musical guest Chance The Rapper and Chris Redd in 2016. This was in honor of then-president Barack Obama?s last Christmas in office.

He did a recent turn with guest host Keegan-Michael Key in which they played security guards who take issue with notoriously cranky Muppets Statler and Waldorf heckling Kermit the Frog in a sketch spoofing The Muppet Show. In 2021, Kenan began starring on the NBC sitcom Kenan, on which he plays a widowed father who hosts a morning television show. It co-stars actor Don Johnson as well as his fellow SNL cast member Chris Redd and has been renewed for a second season.

“Until I Get Thrown Out of There, Basically”

Thompson has been married to interior designer Christina Evangeline since 2011 and they have two daughters, Georgia and Gianna. So just how long has Kenan Thompson been on Saturday Night Live? He started as a featured player in 2003, which means he has an impressive 18 years and 17 seasons under his belt. He?s been nominated for four Emmys and won in 2018 for ?Outstanding Original Music and Lyrics? for ?Come Back, Barack.?

When asked on Tamron Hall how long he planned to stay on the show, per Entertainment Tonight Canada, he answered ?You know, until I get thrown out of there, basically and I haven?t been necessarily like ushered to the door by society.? He went on to note that he?d really like to make it to 20 years on the show, saying ?I?m so close!?