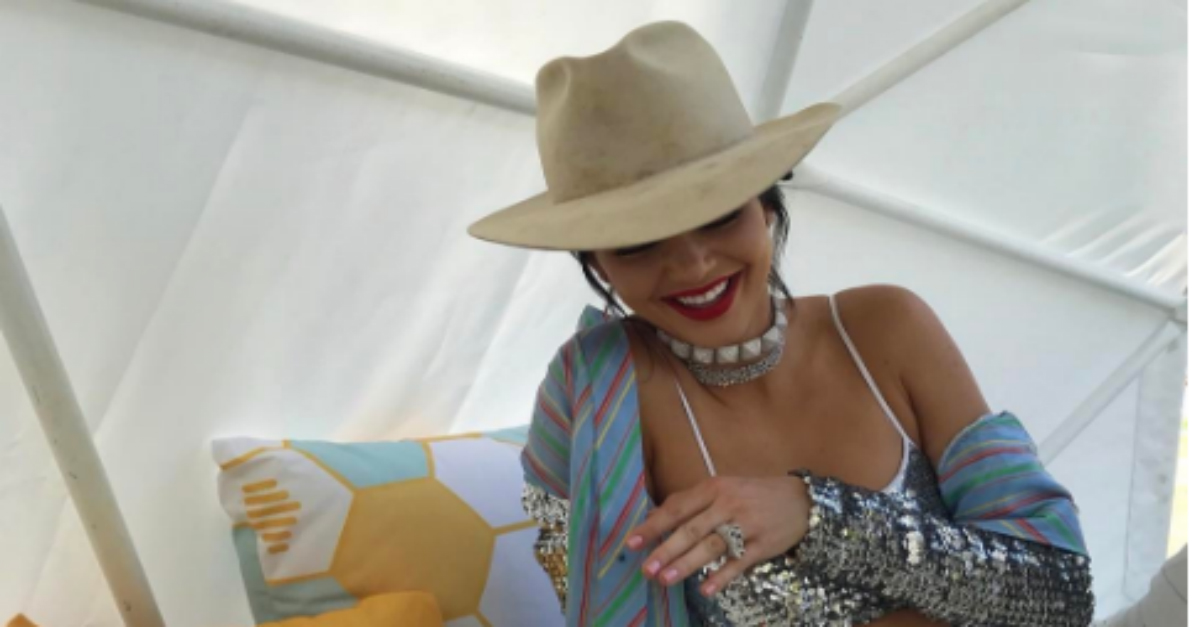 Super model Kendall Jenner had her bum on display while enjoying this weekend’s Coachella festivities. Jenner, 21, flaunted her fashionable festival get-up — which consisted of a revealing see-through skirt and a thong, some sneakers and a braid — for her friend Hailey Baldwin‘s Instagram Story.

RELATED: Attending her first public event since the Pepsi ad controversy, Kendall Jenner won’t let anyone ask her about it

After taking in Travis Scott’s performance, which Hailey also documented, the BFFs enjoyed a few after-parties. Jenner clearly had fun showing off her butt while dancing the night away, as this fan documented: