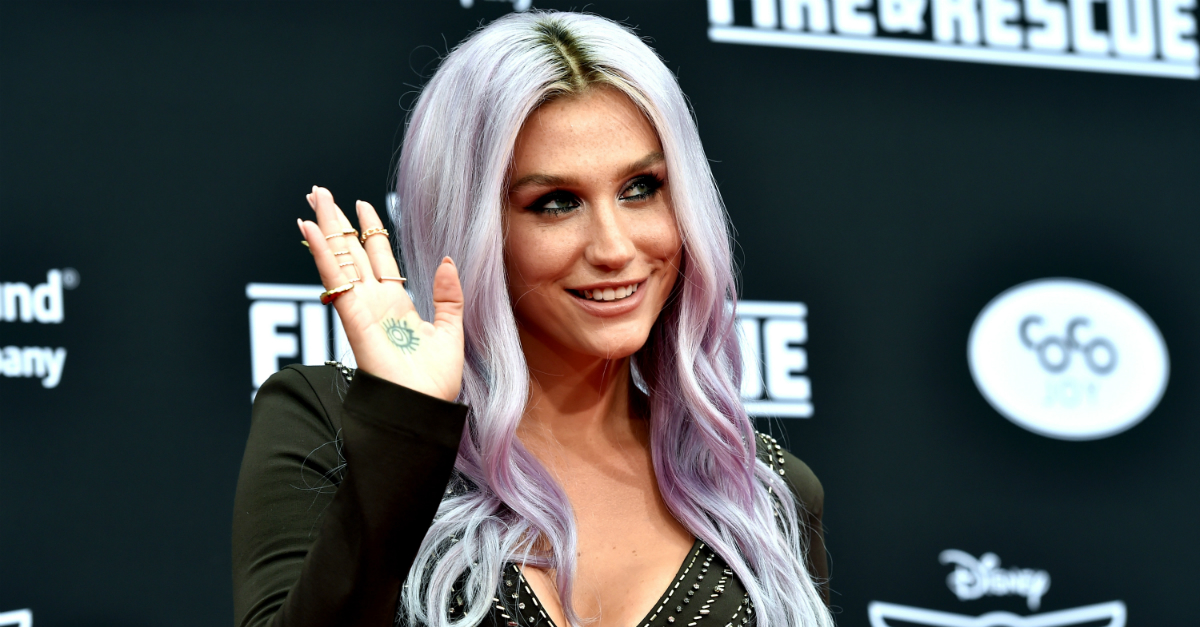 In a candid interview with Rolling Stone magazine, pop star Kesha opened up about her struggles with an eating disorder, and revealed the desperate measures she took in order to keep it a secret. ?I really just thought I wasn?t supposed to eat food,” she said.

?And then if I ever did, I felt very ashamed, and I would make myself throw up because I?d think, ?Oh, my God, I can?t believe I actually did that horrible thing. I?m so ashamed of myself because I don?t deserve to eat food,?? she confessed. And things only got worse as time went on, and she eventually began to slowly starve herself.

RELATED: The National Suicide Prevention Lifeline sees a rise in call volume after Kesha opens up

To make matters worse, her friends and family would constantly congratulate her for losing weight. ?The worse I got and the sicker I got, the better a lot of people around me were saying that I looked. They would just be like, ?Oh, my gosh, keep doing whatever you?re doing! You look so beautiful, so stunning.??

Kesha’s anxiety reached an all time high, but she continued to conceal her troubles. She shared a story about her wishing to dispose of an uneaten meal while at a dinner party. ?And I was like, ?Oh, my God, what if they walk outside and see this food in a bush? Or they see it in the garbage can?? And I just had all this mounting anxiety,? she said. ?And then finally I was like, F**k. This. S**t. F**k this s**t. I’m hungry!? And I am so anxious that I feel like I?m going to explode from all the secrets. All the secret times I?m pretending to eat or other times I?m purging, and I?m trying to not let anybody know.?

This isn’t the first time Kesha has publicly acknowledged her struggles. In a PSA for the National Eating Disorders Association, she encouraged other people with eating disorders, saying ?Recovery is possible.?