Kevin Hart, Ice Cube and Conan O’Brien Taught This Girl How To Drive on Live TV, and It’s A Hilarious Mess! 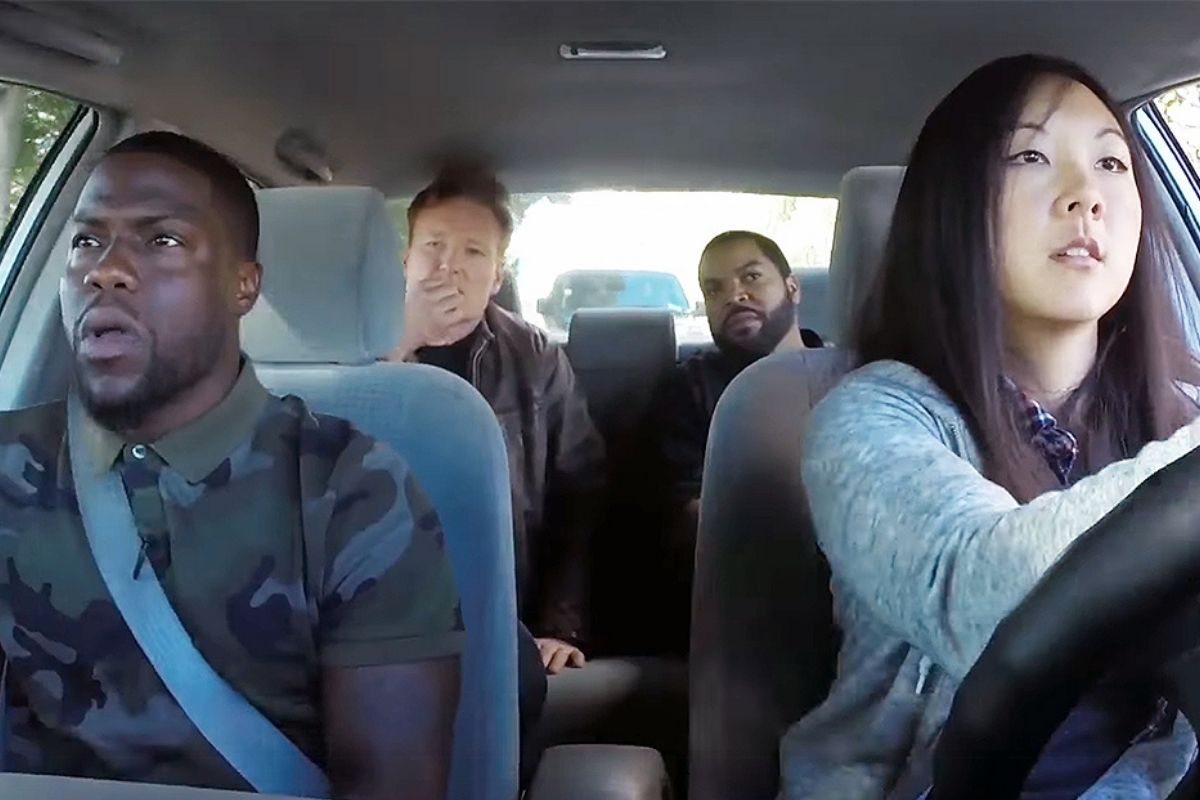 Conan O’Brien took one for the team when he decided to help teach his staffer, Diana how to drive. Things start off kind of bumpy when Conan realizes he can control the breaks from his seat on the passenger side and takes full advantage of that privilege.

Conan, who learned to drive years earlier, tries to offer his student some advice about safe driving when he asks, “do you think you should use both hands at all times?” She answers “yes” and he goes on, “see, I think that’s not necessary. It makes it hard to text.”

Thinks get more chaotic for the student driver when she picks up Kevin Hart and Ice Cube. The three men encourage her to get even with cars that cut her off by throwing pennies at them.

Things get even wilder when the group heads into a marijuana dispensary and drive around hot-boxing in the vehicle. A bike cop spots them blocking the crosswalk and Kevin tries to intervene.

“Here’s the good thing about me, first and foremost, I am a Christian. And, what I learned is Jesus once walked on water,” he started. “I don’t know where I’m going with this, guys.”

We’re not sure that Diana is ready for her driver’s test after that.

This post was originally published on January 6, 2016. We just loved it so much, we wanted to bring it back from our archives. Hope you enjoy!