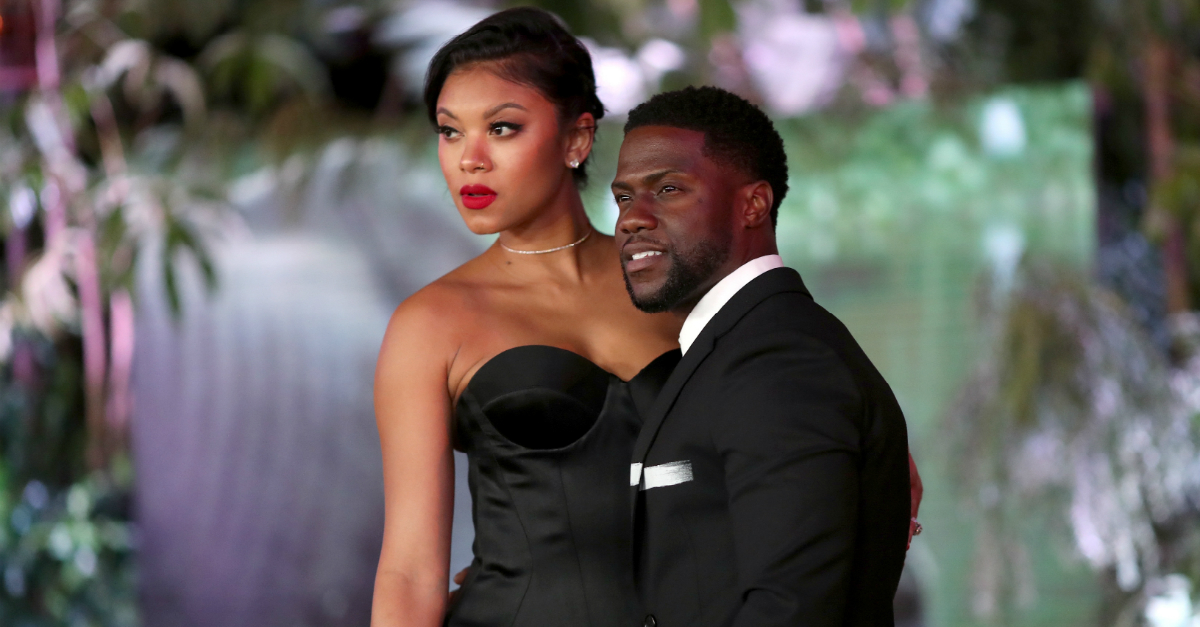 In a deeply personal interview on a recent edition of  Power 105.1’s “Breakfast Club” radio show, comedian Kevin Hart spoke very candidly about his highly publicized “tough year” and how he believes he has evolved into a better person as a result.

Earlier this year, it was revealed that the 38-year-old comedian was the victim of an extortion attempt that involved a “sexually provocative” video of Hart and a lady who was not his wife, Eniko Parrish. The fiasco forced the funnyman to issue an emotional apology to Eniko on Instagram.

“I’m at a place in my life where I feel like I have a target on my back,” Hart said in the video. “And because of that I should make smart decisions. And recently, I didn’t. You know, I’m not perfect. I’m not going to sit up here and say that I am or claim to be in any way shape or form. And I made a bad error in judgement and I put myself in a bad environment where only bad things can happen and they did. And in doing that I know that I’m going to hurt the people closest to me, who I’ve talked to and apologized to, that would be my wife and my kids.”

Months later, Hart’s honesty carried over to his recent “Breakfast Club” appearance. When asked what he wants for Christmas, Hart responded: “Have I been naughty or nice? That’s definitely a tough question for Kevin Hart right now, it was a tough year for me,” he said. “I had some bumps in the road. But the good thing is you take great steps backwards to take great steps forward.”

RELATED: This adorable celebrity baby has some big news to share with her daddy’s fans

Hart also addressed the conflict between him and his ex-wife, Torrei Hart, with whom he has two children Heaven, 12, and Hendrix, 9.

Earier this year, Torrei and Parrish engaged in a war of words with each other regarding whether Eniko and Hart started dating before he split with Torrei.

Eyebrows were raised when Parrish wrote on Instagram that she and Hart had been together for 8 years.

The issue was that Hart and Torrei got divorced 6 years ago.

“Their marriage was broken way before I came in the picture,” Parrish claimed in a now deleted comment. “They were separated living in separate homes. I was never a secret.”

“The one thing that really, like, really bothered me where I had to calm down,” Hart said on the radio show. “With the media and all that I am good with that, thickest skin ever, I, like, take my lashings and I will step back and I will resurface,” he said in reference to being insulted for cheating on Parrish.

“But when people try to put that shit on [Eniko] like calling her a home wrecker, that got under my skin and I had to breathe. That title was put on her by my ex out of anger or what,” he continued.

Hart also told 105.1: “You can look back in history I would never bad talk my ex wife but at her most emotional time she lashed out at Eniko. All that – homewrecker, mistress – was put out by Torrei and it wasn’t true.”

Watch the full interview below: