How The Lindbergh Kidnapping Became The “Trial Of The Century” 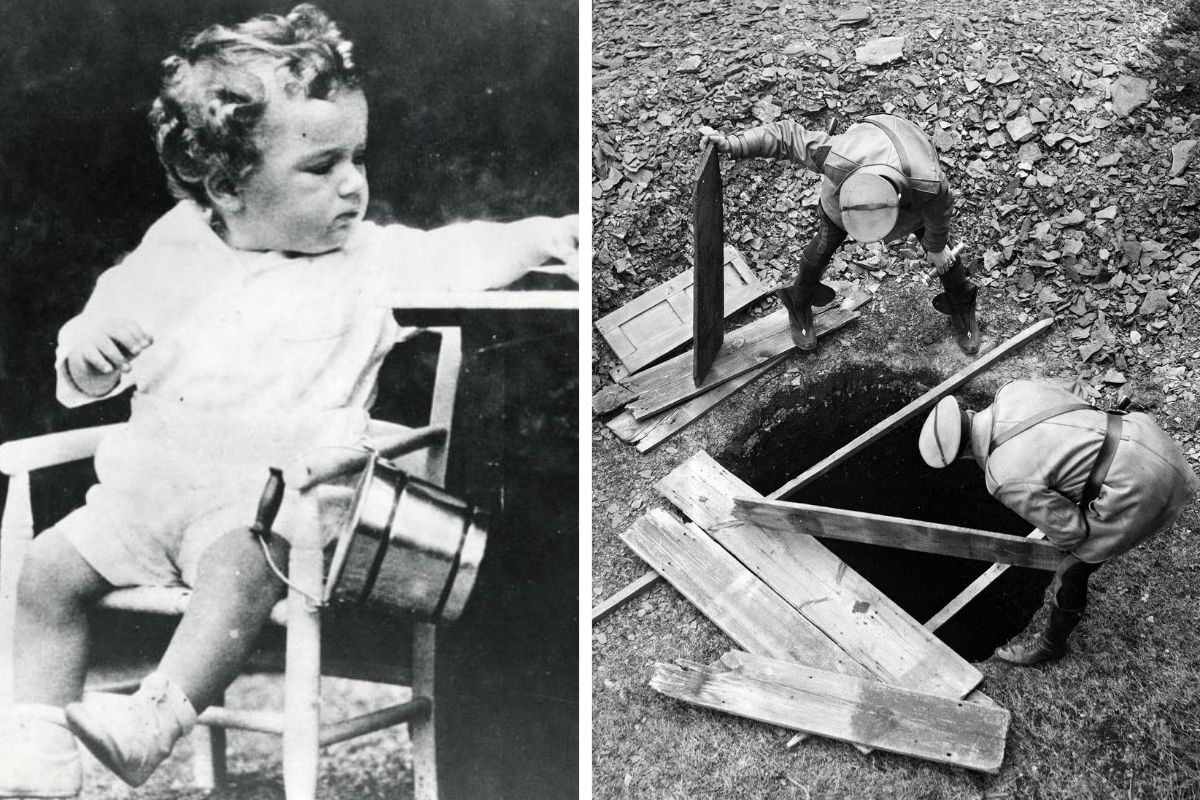 The Lindbergh kidnapping is the event that made kidnapping a federal crime. After the 20-month-old child of a famous aviator went missing, it became clear that the world wasn’t quite the same as it’d always been. The Lindbergh case was the crime of the century.

Charles A. Lindbergh rose to acclaim after being noted as the first man to fly solo across the Atlantic ocean in 1927. He and his wife, Anne Morrow Lindbergh, had their first child, Charles Augustus Lindbergh, Jr., in 1926, shortly before they moved into their new mansion in Hopewell, New Jersey. One night, on March 1, 1932, the Lindbergh baby was abducted from his bedroom around 9:00 PM. The child’s bedroom was on the second floor, and he was with his nurse Betty Gow. She alerted his parents to his absence at 10:00 pm. Within minutes, the family was searching for the child around the property. No trace of him was found except for the kidnapper’s ransom note on the window sill. The Lindberghs notified the Hopewell police department, and the New Jersey State Police opened an investigation.

The only clues the police departments found were muddy tracks on the hardwood floor and two sections of the ladder, indicating that it had crumbled under the weight of either the escalation or de-escalation. The muddy footprints weren’t succinct enough to determine footprint, and there were no prints, hair, or skin fragments left behind. The ransom note requested $50,000 for the Lindbergh family to get the baby back safely.  Colonel Lindbergh and his wife began negotiations with the kidnapper.

A second ransom note was given to the Lindbergh’s five days after the kidnapping. It was postmarked from Brooklyn, New York In it was the request for a higher amount for the baby’s safe return. The amount rose from $50,000 to $70,000. The governor of Trenton, New Jersey, then called a police conference. The Lindbergh family’s attorney, Colonel Henry Breckenridge, hired a private investigator.

Where Was Baby Lindbergh?

The third ransom note was received by Lindbergh’s attorney, and said he didn’t want to talk to them directly? Dr. John F. Condon was hired from the Bronx, New York City, to be a go-between for the transaction. On March 9, a fourth ransom note was received by Dr. John f. Condon. he continued to communicate with the kidnapper through the classifieds under codename ‘Jafsie.’ The note was delivered to Dr. Condone via a taxi driver named Joseph Perrone. Perrone couldn’t describe the person who gave it to him. Dr. Condone was instructed that another note would be waiting for him at a subway station. The sixth was indeed given to him by a man calling himself “John.” Condon asked to prove the baby’s identity to ensue when he was not being led astray.

A continuous series of ransom notes were passed between the kidnapper and the Lindbergh family until the baby’s thumb guard was found near the manor entry by Betty Gow. Another note was sent threatening to raise the ransom payment amount to $100,000. After meeting with “John” in early April, paying $50,000 to get the amount reduced back to $50,000 (still totaling $100,000, mind you), John informed Dr. Condone that their baby was on the boat “Nellie” near Marthas Vineyard, Massachusetts. The baby was not found there. Baby Lindbergh was found buried on the Lindbergh property, just under five miles from home. It was ear mount rose, New Jersey, that truck drivers found the baby decomposed, partially dismembered with a hole in his head. Coroners determined that the baby had been dead for about two months.

In the following months, President Franklin D Roosevelt proclaimed that the case is centralized to the Department of Justice. President Roosevelt also proclaimed that all gold certificates be returned to the treasury. This would help the case as the Lindberg had paid $40,000 of the ransom money in gold certificates. The Lindbergh’s finally found some closure in September of 1934. A marked bill from the ransom money they paid to the kidnapper showed up at a gas station.

The attendant had written down the license plate of a suspicious individual. The plate was traced to a German immigrant, Bruno Richard Hauptmann. Officers searched his home and found large amounts of the Lindbergh ransom money. He claimed that he was just a carpenter and was holding the money for a friend. The case and trial were highly publicized and ended in the kidnapper receiving the electric chair two years following. From this case, we have the Lindbergh law, making it a crime to kidnap someone and transport them to another state, country, etc.