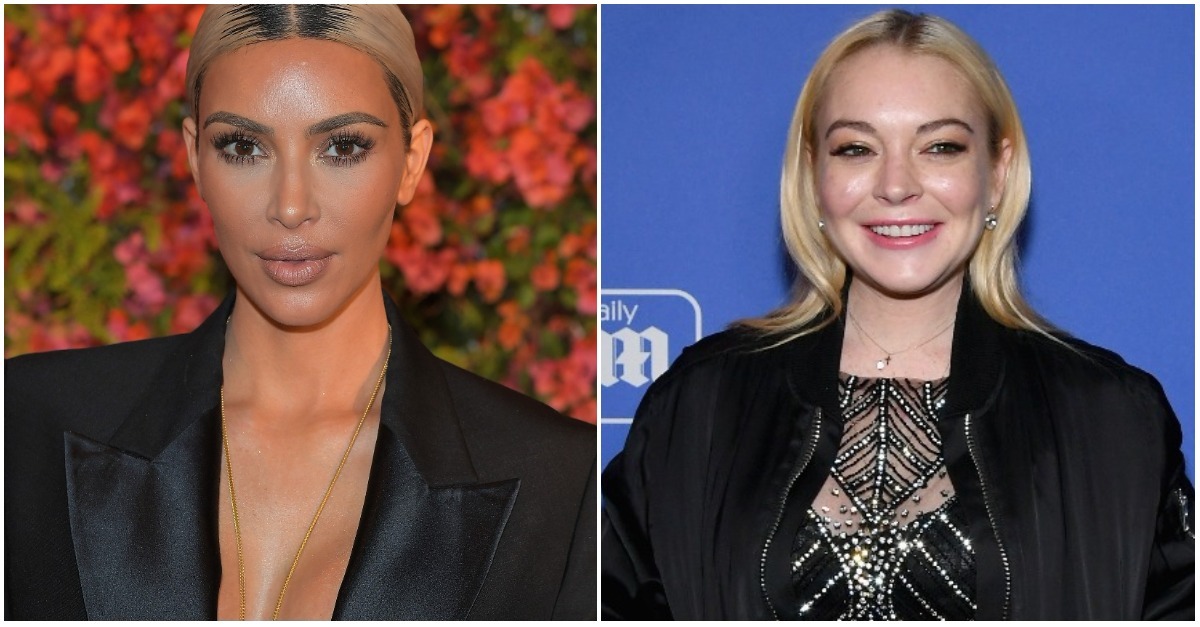 We all know that Kim Kardashian West is the queen of fiery insults, and this time, it looks like Lindsay Lohan might be feeling the burn.

On Monday, Kardashian West showed off a new braided ‘do on social media, captioning the shot “BO WEST,” presumably a nod to Bo Derek. The photo faced some backlash from fans accusing the reality star of cultural appropriation. Kardashian West seemed to be ignoring the comments about her cornrows until Lohan chimed in.

Blogger Perez Hilton was among the many to share the reality star’s questionable photo and asked followers what they thought of it when Lohan wrote, “I am confused.”

.@KimKardashian just responded to @LindsayLohan's comment on my photo of her new hair and I AM CRYING and squealing and gagging!!!!!!!! It feels like 2007 again!! pic.twitter.com/QncxBJJi9Q

RELATED: Kim Kardashian West strips down to her undies for a very raunchy bathroom mirror selfie

The “sudden foreign accent” she was referring to was to was the bizarre accent Lohan was sporting during a 2016 interview with the Daily Mail.

“It’s a mixture of most of the languages I can understand or am trying to learn,” Lohan said at the time. “I’ve been learning different languages since I was a child. I’m fluent in English and French, can understand Russian and am learning Turkish, Italian and Arabic.”

Oh, and just in case anyone was wondering what Kardashian West thinks of the backlash, she later responded with another photo that described her exact thoughts on the matter.

“Hi, can I get zero fucks please, thanks.” she wrote.

Hi, can I get zero fucks please, thanks pic.twitter.com/svo3tewQC8