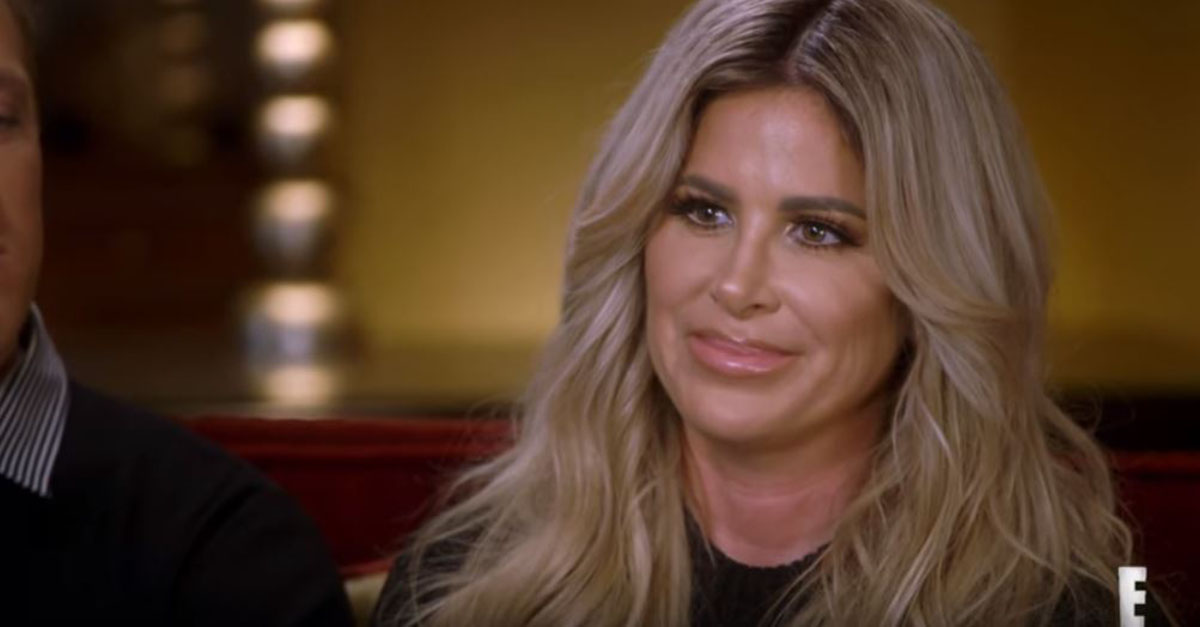 Kim Zolciak-Biermann is ready to talk about the frightening details surrounding her stoke in 2015.

The mother of six is set to sit down with “Hollywood Medium” Tyler Henry on an episode of his show airing August 9. In a sneak peek for the show, Henry talks to the reality star about “two stroke messages” he is receiving in the reading.

“One is a stroke that an individual suffers and then passes away,? he says. ?The other is an incident in which an individual has a close call involving a stroke, or something like a stroke, and they actually live and survive through this.?

Zolciak-Biermann responds, “That would be me. I had a stroke September 23 of 2015 from a blood clot,” she said. She explained that she had just flown to Atlanta to spend time with her family while she was competing on “Dancing with the Stars” when the scary incident happened. “I went down to hug my son as soon as I pulled into my driveway, and then my hand started to go numb, but it was numb times a gazillion, not the normal like shake it off. Then I couldn?t speak and I was trying to, and it was so scary.?

She continues to tell Henry that she has fears she may suffer another stroke in the future.

“The stroke was life-changing, literally,? she says. ?I never thought at 37 I would have a stroke, and in front of my children, nonetheless. I’ve pretty much fully recovered, but I can?t say that I don’t think like, ?Could this happen again???