“Real Housewives of Atlanta” star Kim Zolciak-Biermann is talking about the harrowing moment her family dog bit her son and the aftermath of the incident.

In an interview with PEOPLE, Kim, 39, described the nightmarish incident when her dog Sinn bit 5-year-old son Kash’s face, leaving him hospitalized and nearly blinded.

RELATED: Kim Zolciak-Biermann pens a heartfelt note to husband Kroy after their 4-year-old was hospitalized

“It was a like a bad dream,” Kim said. “Our dog Sinn is heavily, heavily trained. Kash is his favorite. It made absolutely no sense to any of us. This is nothing I ever thought I’d be dealing with in my life.”

The bite happened while her husband — NFL free agent Kroy Biermann — was cleaning up leaves in the backyard with a leaf blower, as Kash and his brother KJ played nearby.

“My back was to the dogs and the boys. I hear Kash be loud, and then I hear barking. And then I hear Kash screaming, he’s crying very loud. At that point I think he’s scared, but then I realize Sinn bit Kash,” he described to PEOPLE. “He’s dripping blood everywhere on his shirt. He pulls his hands down and there’s multiple lacerations, I can’t see his eye. I knew it was a very dire emergency.”

In the latest episode of the couple’s reality show, “Don’t Be Tardy,” Kroy, 32, shared that it was a traumatic experience he hopes no parent should ever go through.

Kash underwent several surgeries and spent days in the hospital, but it was the aftermath of the incident that was most trying for the family. The animal-loving family struggled to decide what to do with Sinn, a rescued Husky-Boxer mix.

“I hated Sinn,” Kroy said. “I genuinely felt a deep rage for what he had done to my son. … I love my dog, and nothing like this had ever happened to me before. But it’s my son. I don’t love anything more than my flesh and blood. I thought, ‘I don’t want to see the dog — he doesn’t get a second chance.”

But it was their son’s “incredible bond” with the dog and a hope to prevent him from having phobias that led to their final decision. The 5-year-old reportedly asked to see his dog in the hospital.

“If Kash ever looked at me and said that he didn’t want to be around Sinn or showed any hesitation, then he wouldn’t be here,” Kim expressed. “We love Sinn, he’s part of our family, but our children will always come first without a doubt.”

RELATED: This baby just can’t hold in her laughter upon seeing her dog attack some bubbles

Since the incident, Sinn remains with the family but under more serious restrictions, including a personal, fenced-in dog run, and he wears a muzzle on occasion. And as for Kash, he’s doing well and was recently gifted with a new puppy.

The family knows they were lucky the situation wasn’t worse, but they have a message for fellow pet-owning parents.

Kroy stressed, “A child sees flurry, fluffy, fun, slobbery … they don’t see danger. And we didn’t either, as adults who had always owned dogs but never gone through something like this. But you have to understand those triggers. … Not as fear, but just awareness.” 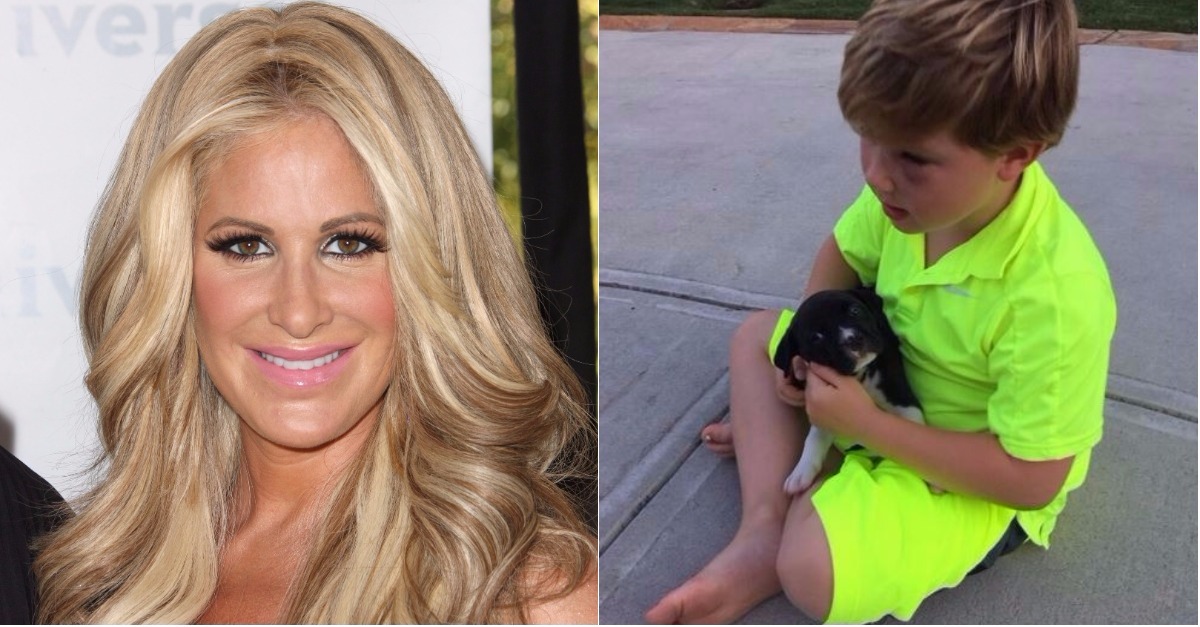