Known for her own big family, this reality TV star wants to adopt the 13 California “torture house” children 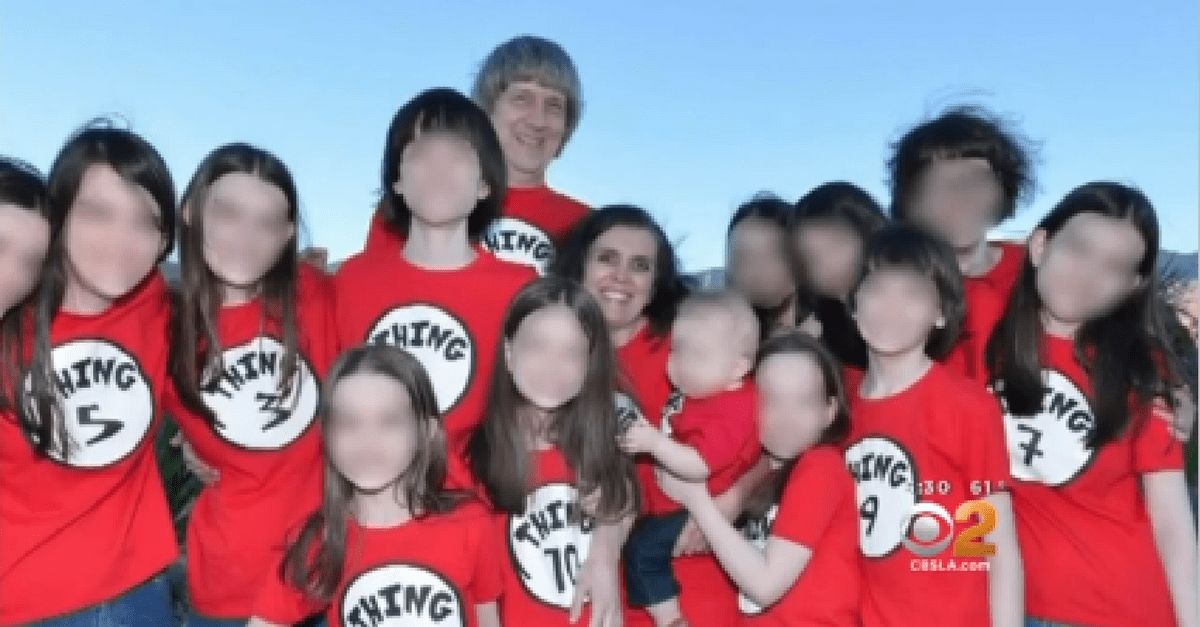 The black sheep of the Duggar family made headlines yet again on Tuesday after she revealed that she wants to adopt the thirteen children recently rescued from their parents’ alleged abuse in the California “torture house.”

“I just texted Dillon and told him I wanted to adopt all 13 Turpin children. I would love to show them true love and have a beautiful life and provide a secure and stable home for them,” Amy Duggar tweeted. “God can restore what the devil has stolen.”

I just texted Dillon and told him I wanted to adopt all 13 Turpin children. I would love to show them true love and have a beautiful life and provide a secure and stable home for them. #ifonly #houseofhorrors
God can restore what the devil has stolen😭

The cousin of the famous “19 Kids and Counting” family and reality show alum then added, “Anyone who can hurt animals and starve/torture children in any way need [sic] to be hung by their toenails. Watching the news just breaks my heart.”

Anyone who can hurt animals and starve /torture children in any way need to be hung by their toenails. Watching the news just breaks my heart💔

RELATED: An uncle wants to adopt the ?torture house? kids, but did he know about their parents? abuse?

Earlier this month police arrested David and Louise Turpin, who are accused of abusing, starving and shackling their thirteen children inside of their home, after a daughter managed to escape through a window in the house and to contact authorities. They face 94 years in prison if convicted of the 38 charges pressed against them, including child abuse, torture and false imprisonment. Last week, a judge barred them against having any direct or indirect contact with their children and ordered them to stay at least 100 yards away from them at all times. They have both pleaded not guilty to their alleged crimes.

Duggar, who married husband Dillon King in 2015, opened up about her own childhood abuse last year during “Marriage Boot Camp,” claiming that her father picked her up by the throat as a child and even once tried to run her over with a car. Ironically, Louise Turpin is said to be a big fan of reality TV shows featuring large families, most specifically “Kate Plus 8,” and even had plans to cook up a show for her own family.

“Only last month, Louise told me her and David were planning to have another child,” her half-brother revealed. “She used to say how they would be perfect for TV and would often ­mention they would be bigger than the reality show ‘Kate Plus 8.'”

RELATED: The Duggar family black sheep is speaking up after TLC boots her relative off ?Counting On?