Kourtney and Kim Kardashian’s costumes slayed for Halloween. Can you guess who they are? 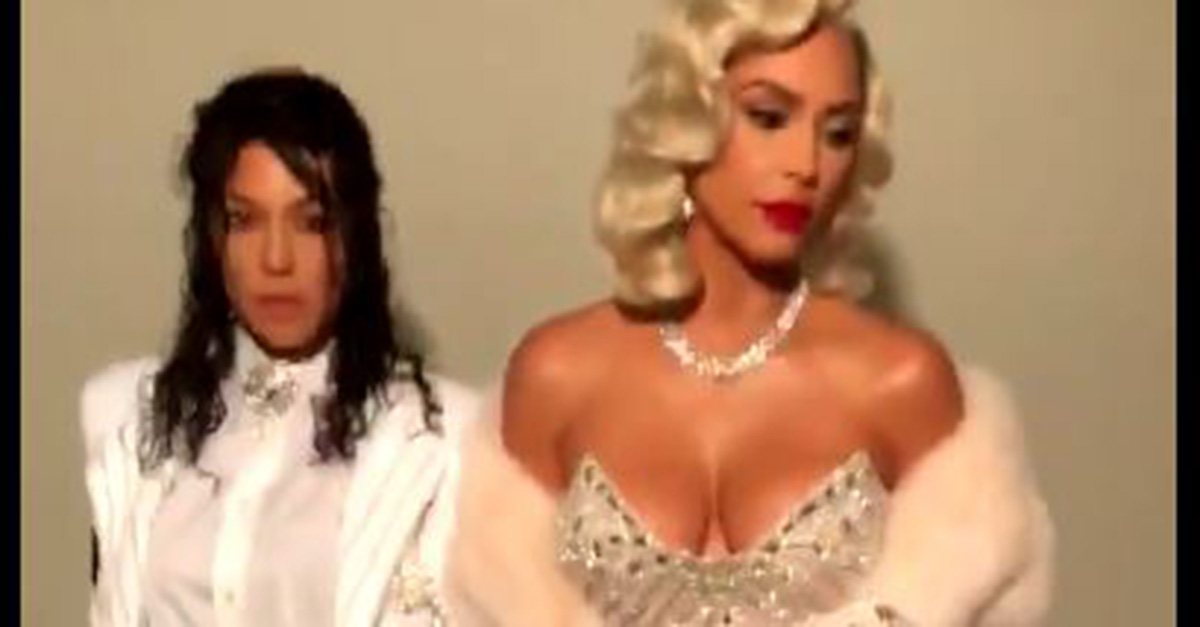 Kourtney and Kim Kardashian stepped out over Halloween in coordinating costumes as style icons Michael Jackson and Madonna.

The reality stars went all out for their costumes with Kourtney as the late King of Pop and Kim as the Material Girl from their 1991 appearances at the Academy Awards.

The sisters teased their over-the-top looks on Twitter for fans.

Kim wore a full sequined gown paired with a red lip and platinum blond hair while Kourtney opted for a white top and black pants for her Jackson costume.

RELATED: Paris and Prince Jackson show off their Halloween costumes in another rare red carpet appearance

“My Halloween theme this year is ICONS! Musical legends!!! Paying homage to some of my faves!” she shared on Twitter on Saturday.

Kim also paid homage to the late singer Aaliyah with a very sexy costume inspired by the “Try Again” music video and she dressed up as 70’s icon Cher in a midriff bearing ensemble inspired by her 1973 Academy Awards look alongside her BFF Johnathan Cheban for the star-studded Casamigos Halloween Party on Friday night.

?Cher definitely has a better body,? Kardashian West said on Periscope. ?Her stomach? I don?t think anyone could compare.?