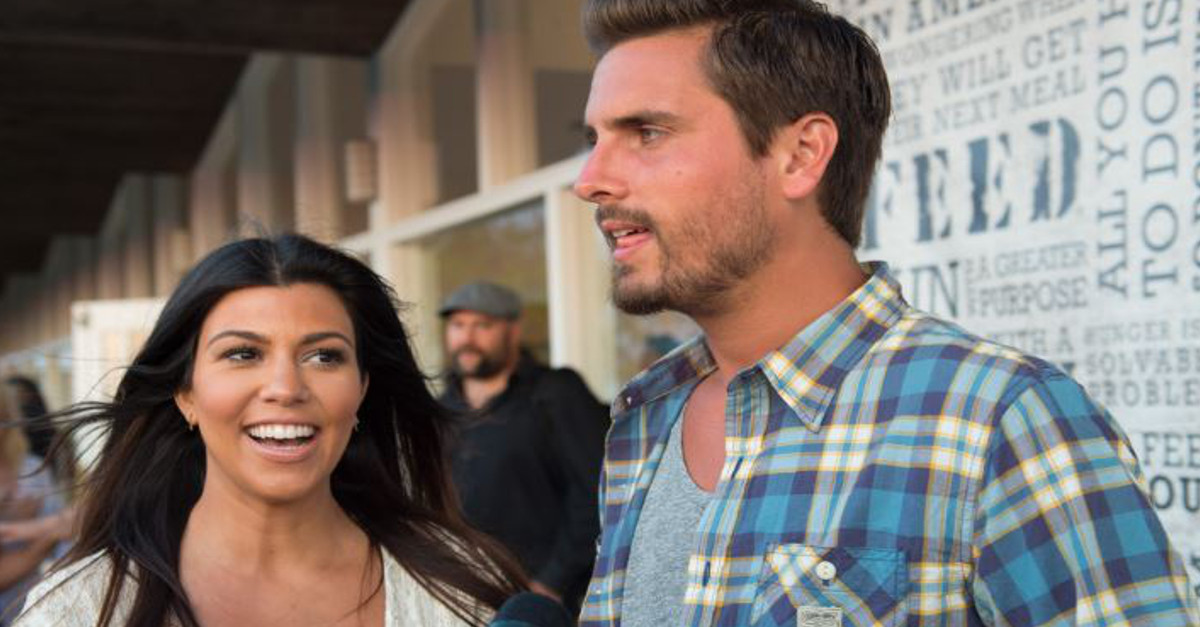 After her on-and-off boyfriend and father of her three children Scott Disick was seen hanging out with model J Lynne one day and kissing a mystery blonde in Miami the next, Kourtney Kardashian took to Instagram to remind him of what he’s missing.

On Tuesday night, the reality TV star shared a sizzling picture of herself and sister Kim wearing bikinis, which features Kourtney’s booty spilling over the railing of her balcony. She captioned the photo, “I don’t think you ready for this jelly,” a lyric from the 2001 Destiny’s Child song “Bootylicious.”

I don't think you ready for this jelly

Disick reportedly left the Kardashian family’s Costa Rican vacation after an explosive fight. Us Weekly reported that he secretly flew a mystery woman to the destination while on a four-day getaway with Kourtney, their kids and the rest of the Kardashian-Jenner clan. When the family discovered that he had brought “someone he barely knows” along, they became upset, sparking a blowout with Disick.

“The family is deeply disappointed,” a source told them. “Kourtney is not upset that he’s seeing other women. She’s upset he would disrupt the family vacation with the kids there and the whole family there and hide a girl in the hotel.”

After all of the couple’s ups and downs, perhaps Disick truly isn’t ready for that jelly.

RELATED: The Kardashians are firing back at President Trump’s immigration order, and they have real statistics to back up their points