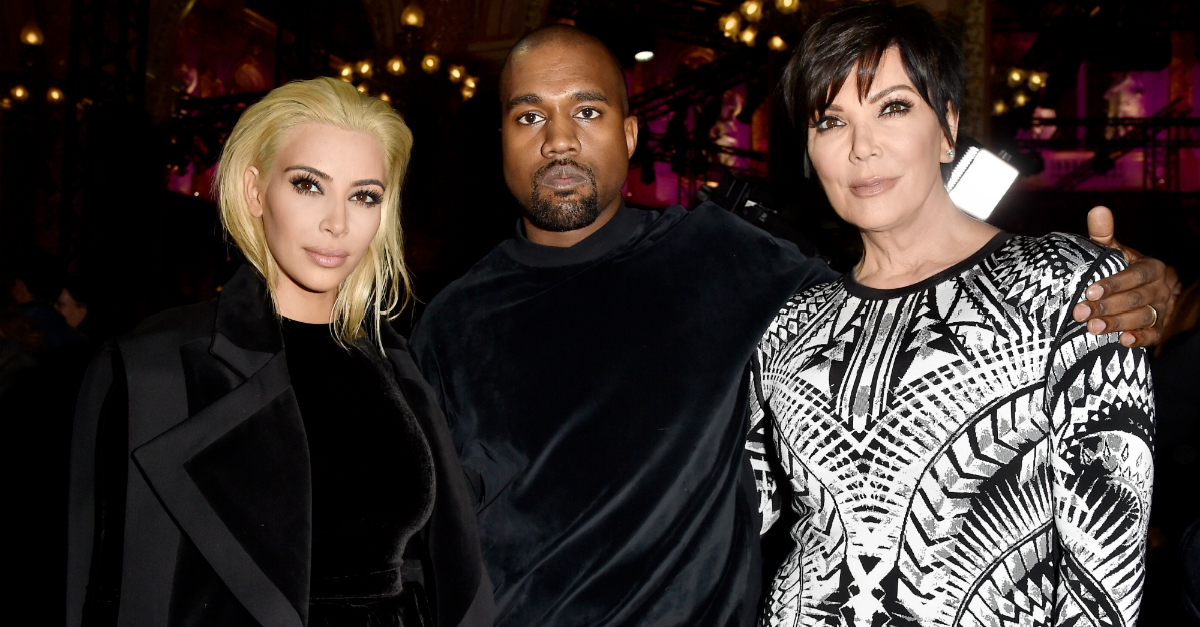 Kardashian West, 37, shared a picture of the treat on her Instagram stories on Tuesday. “Thank You Mom,” the mom-of-three captioned the image.

TMZ reports that the baby girl was born Jan. 15 via surrogate, and the birth was confirmed by the new mom of three. The baby girl weighed in at 7 pounds and 6 ounces at the time of birth early Monday.

“Kanye and I are happy to announce the arrival of our healthy, beautiful baby girl. We are incredibly grateful to our surrogate who made our dreams come true with the greatest gift one could give and to our wonderful doctors and nurses for their special care,” Kardashian West wrote in a statement. “North and Saint are especially thrilled to welcome their baby sister.”

The reality TV star reportedly had to use a surrogate when it came to expanding her family for a third time following life-threatening complications at the time of her second child Saint’s birth due to her placenta accreta condition.

According to TMZ, the three-time parents have reportedly rejected several offers north (pun intended) of a million dollars from publications looking to score the first look at their new baby, but mom and dad have said no because it’s against their morals. The media has been hounding the family for several months prior to the new baby’s arrival, with some unnamed sites offering as much as $5 million for exclusive photos, per TMZ.

Considering the Kardashian brood is seemingly capable of wringing a dollar out of air —  and regularly strips naked in photos — the parents’ reasons might strike some as a little ironic. Even so, kudos to them for deciding to put their new baby’s privacy first — at least for the moment. North, 4, and Saint, 2, made their public debuts a mere two months after being born, so it’s doubtful we’ll have to wait longer than March to catch a glimpse of the yet-unnamed baby.