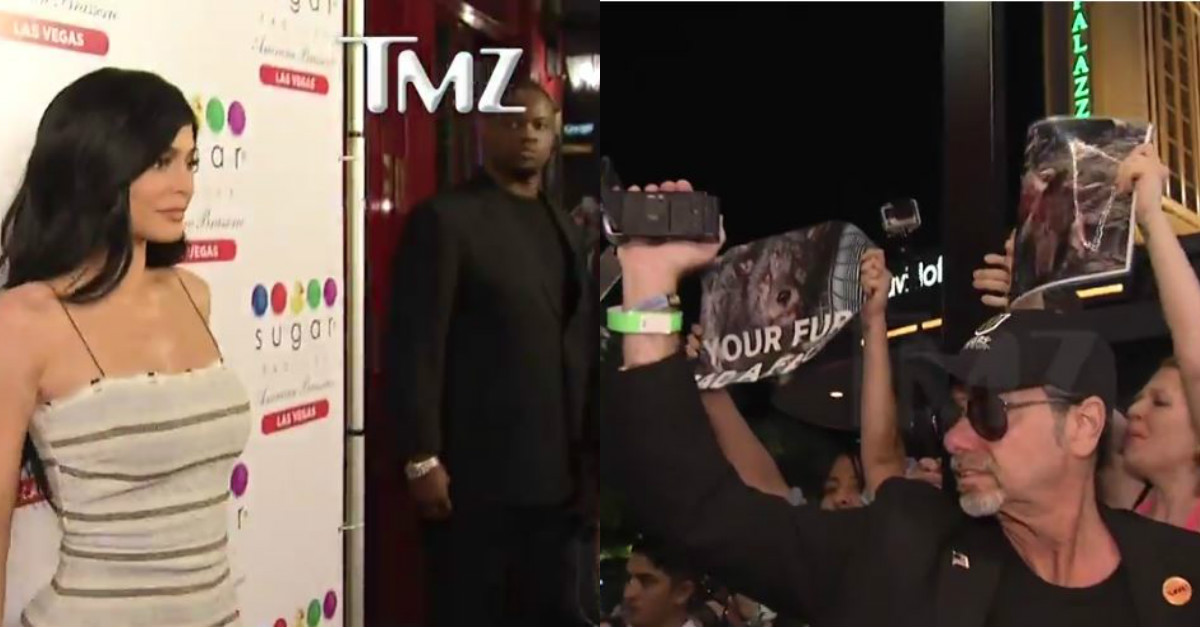 Now you see her, now you don’t!

Kylie Jenner pulled a disappearing act on Saturday night while attending the grand opening of Sugar Factory in Las Vegas. As soon as Jenner hit the red carpet to pose for photos, she quickly made an escape when animal right activists started protesting her appearance.

TMZ obtained footage of the protest and in the clip, you can hear protesters yelling “blood on your hands” at the reality TV star.

Jenner wasn’t wearing fur on Saturday night, but it is likely the activists targeted her because she has been known to wear fur in public. The protesters on Saturday night were not physical in their fight against the star, using only their words to get her out of sight.