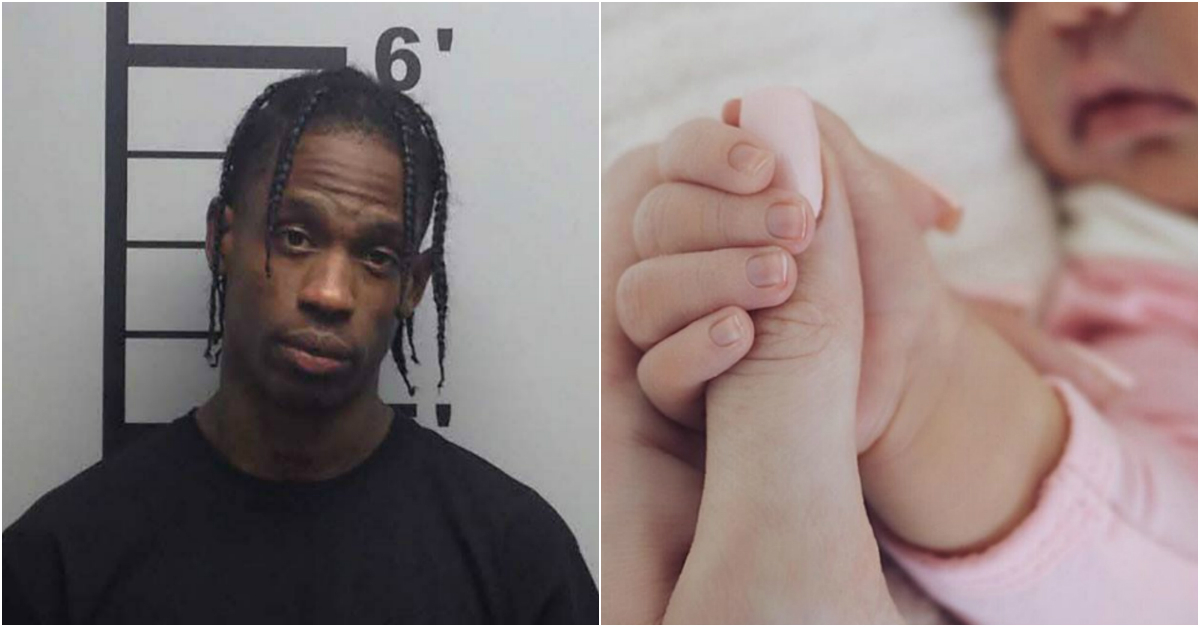 Travis Scott became a dad a few days ago, but he’s still sorting out a bit of trouble with the law.

The rapper recently pleaded guilty to disorderly conduct nine months after being arrested for allegedly inciting a riot during a concert in Arkansas, PEOPLE reports.

Scott, whose real name is Jacques Webster, was initially charged with inciting a riot, disorderly conduct and endangering the welfare of a minor in May 2017 during his concert.

“During the concert, Webster encouraged people to rush the stage and bypass the security protocols to ensure concert goer safety,” the Rogers Police Department said in a statement. “During the rush to the stage, several people were injured, including an employee from the security company hired to help monitor and control the crowd and a member of the police department.”

On May 13, 2017, Jaques Webster, aka Travis Scott, was arrested by the Rogers Police Department after his performance at…

Posted by Rogers Police Department on Sunday, May 14, 2017

Scott’s attorney Doug Norwood told the Northwest Arkansas Democrat-Gazette that the two misdemeanor charges were dismissed through plea negotiations. He said it’s likely the disorderly conduct charge could eventually be expunged from the rapper’s record.

“They overcharged him,” Norwood said. “They tried to get him for inciting a riot. The video did not show any of that.”

Scott reportedly pleaded guilty to the lowest charge, and he was not required to return to Arkansas for the case.

Scott became a father on to a baby girl on Feb. 1, his reality TV star girlfriend Kylie Jenner confirmed with a touching video on Instagram. The little girl, named Stormi, weighed in at 8 pounds, 9 ounces, and arrived at 4:43 p.m. local time.

“I’m sorry for keeping you in the dark through all the assumptions,” wrote Jenner on a separate Instagram post. “I understand you’re used to me bringing you along on all my journeys. My pregnancy was one I chose not to do in front of the world.”

The new mom continued, “I knew for myself I needed to prepare for this role of a lifetime in the most positive, stress free, and healthy way I knew how. There was no gotcha moment, no big paid reveal I had planned. I knew my baby would feel every stress and every emotion so I chose to do it this way for my little life and our happiness.”

“Pregnancy has been the most beautiful, empowering, and life changing experience I’ve had in my entire life and I’m actually going to miss it,” she said. “I appreciate my friends and especially my family for helping me make this special moment as private as we could. My beautiful and healthy baby girl arrived February 1st, and I just couldn’t wait to share this blessing. I’ve never felt love and happiness like this I could burst! Thank you for understanding.”

thank you @wttyler for putting this together. here’s a little glimpse of the last 9 months. the link is in my bio ♥️

RELATED: While Kardashian fans freaked about Kylie’s baby, Kim’s newborn was in the middle of it all