Menu
Follow us
Search
Menu
Search
FILE - In this April 30, 2016, file photo, Carmelo Anthony, left, and La La Anthony arrive at the White House Correspondents' Association Dinner at the Washington Hilton Hotel in Washington. Anthony's concerns go beyond his future with the New York Knicks. The All-Star forward and his wife, actress La La Anthony, are separated, according to a report from TMZ . The website says she moved out of the family's home last week and has her own place in New York. (Photo by Evan Agostini/Invision/AP, File)

While speaking with Power 105.1 FM’s “The Breakfast Club” on Wednesday, La La Anthony opened up about her current relationship with estranged husband Carmelo Anthony.

“He’s my best friend,” she said, making it clear that the couple is “not divorced.”

“When you’re with someone for 13 years since they were 19 years old, and you have a 10-year-old child, you’d hope that you guys would be cool,” she said. “We are the best of friends.”

While La La’s career has been taking off with her role on “Power,” Carmelo’s is in a bit of turmoil, as reports are spreading that the NBA player has requested to be traded from the New York Knicks. So is La La ready to relocate if he ends up on a team across the country?

RELATED: La La Anthony teases fans about a the possibility of a reconciliation with estranged husband Carmelo Anthony

When asked if she and Carmelo are going through marriage counseling, she didn’t give a straight answer and instead said, “Listen, we’re good. We’re figuring it out.”

In April, the couple announced that they were separating after seven years of marriage following reports of alleged infidelity on Carmelo’s part. They share one child together. 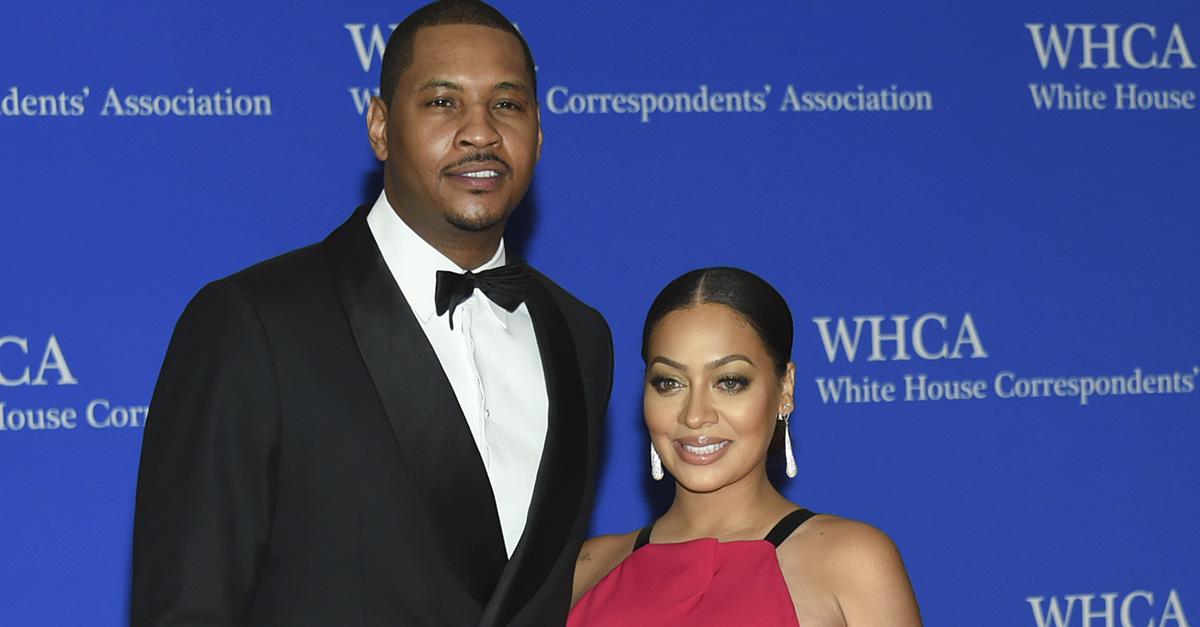