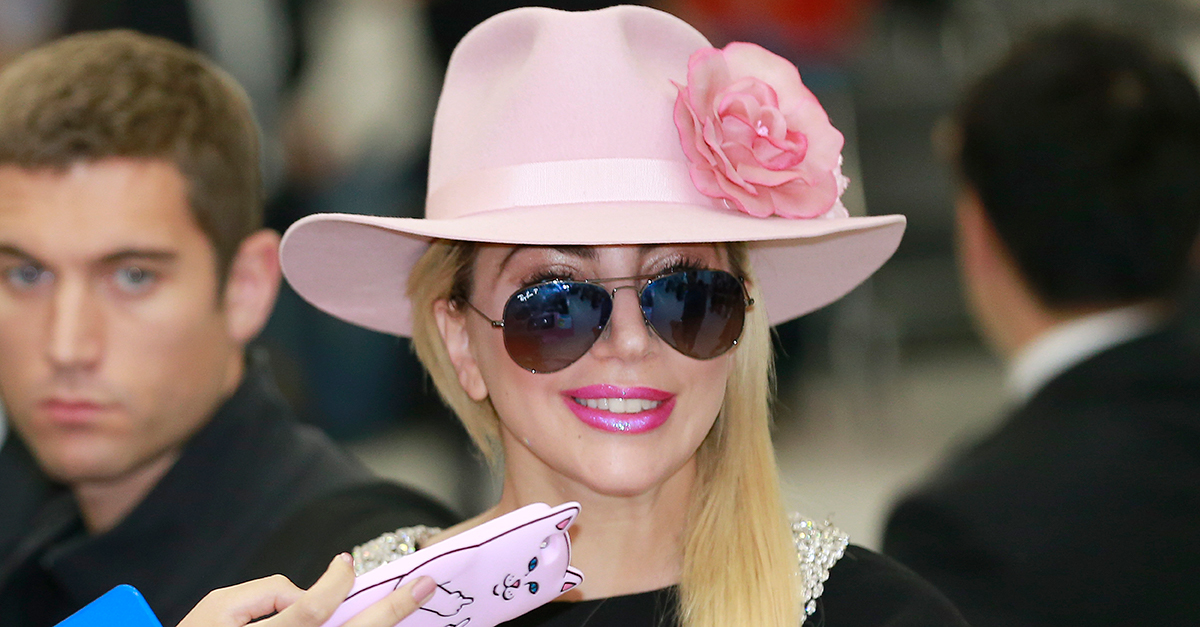 In just five days, Lady Gaga will perform during the Super Bowl LI halftime show, during which she is rumored to sing from the top of the NRG Stadium?s dome in Houston. The star spoke with Boston’s Mix 104.1 radio show Karson & Kennedy to address the whispers.

RELATED: Get your first look at what could be one of the most epic Super Bowl Halftime Shows ever

“You know, I can’t confirm anything!” she said when first asked who came up with the idea, but later gave in. “It was my sister. My sister was like, ‘I know, let’s suspend you in the air!'”

Gaga played coy though, not wanting to give away any additional details, saying, “I don’t want to say anything or give away anything specifically about what you will see during the halftime show because I don’t want to ruin the surprise for everyone else. But I will tell you that it’s going to be fantastic.”

Although she didn’t absolutely confirm that she’ll attempt the stunt, she did admit that her usually extravaggant performances is part of what got her the gig.

“There’s a lengthy process to go through, meeting with the NFL and sort of applying and discussing what you would do in the first place,” she explained. “I think that part of how they decide who is going to come and do the halftime show is based on our ideas and what we want to do. They were really excited about the show we wanted to put on. They’ve been super-supportive. They’ve been there every day at the rehearsal space with us and cheering me on as I rehearse. It’s been great.”

Gaga has been sharing her rehearsal journey over the past few months on Instagram, most recently posting a photo of herself relaxing in one of the stadium seats, captioning the post, “5 days.”

RELATED: Rumors swirled that Lady Gaga was banned from talking Trump at the Super Bowl ? here is what the NFL had to say