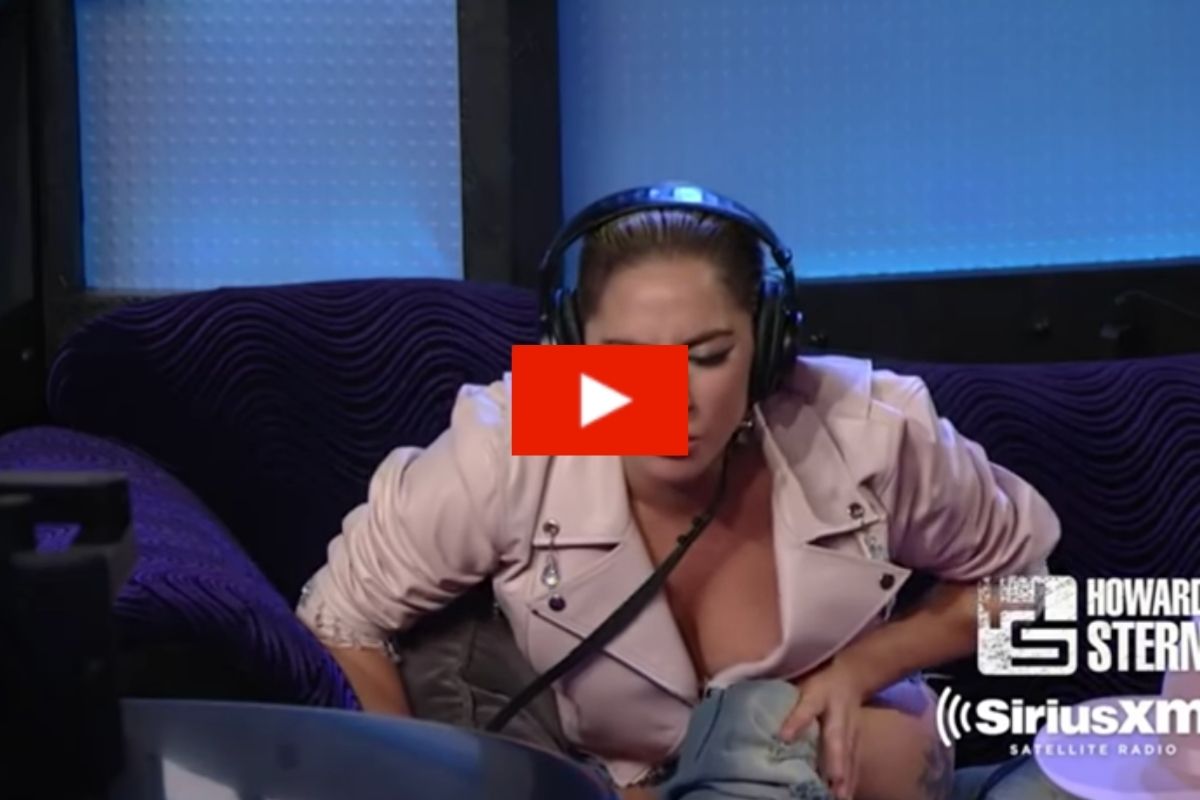 Lady Gaga had sat down on the Howard Stern Show on to show off her epic voice. Gaga disclosed that she was in a Led Zeppelin cover band and gave listeners of the show a short taste by belting out an a cappella line from “Black Dog.”

She said if you don’t know how to sing correctly, you could wreck your voice and went on to explain. “Your vocal cords are muscles, right?” Gaga said. “So, it’s like if you look at them like two fingers or you know you could imagine like two, you know, pieces of flappy-”

“Are you saying they’re like a vagina?” Howard said.

“A little bit so, but they’re separated,” Gaga added.

Gaga went on to explain how your breath and breathing out creates the unique sound and vibrato.

Well, it’s an interesting way to explain it, but as Lady Gaga shows off her Led Zeppelin chops, you can probably kind of see why she explained it that way. As Lady Gaga sings Led Zeppelin so craftily and beautifully, you can feel the satisfaction of that punch from the line from the song that she specifically chose. Although pop stars tend to create extremely mainstream music that can sound the same, there’s no denying the talent the “Joanne” singer has.

She’s been spotted at Iron Maiden concerts, and actually even earned the approval of Iron Maiden frontman Bruce Dickinson. Like the true rock and roll fan that she is, she even did a tribute to David Bowie at a Grammy Awards. It got mixed reviews, including from Bowie’s son who wasn’t really a fan of the performance. But nevertheless, there’s no denying the pipes and the love for truly good rock and roll that Lady Gaga has.

Editor’s note: This article was originally published on November 2, 2016.