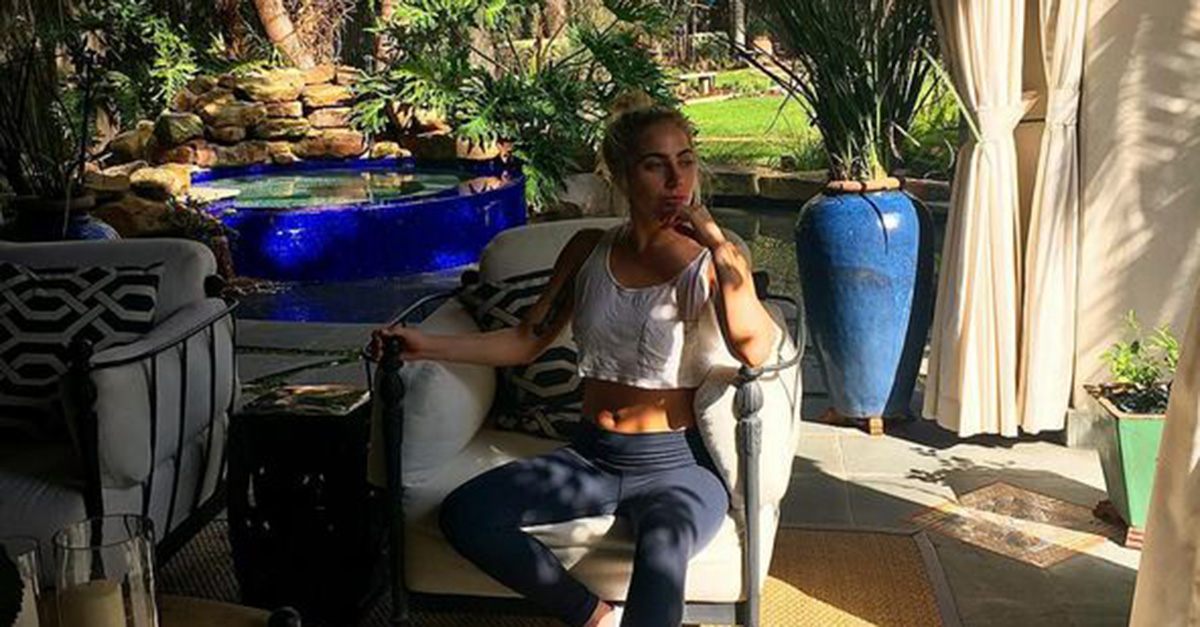 Are we going to see Beyoncé at this year’s Super Bowl halftime show?!

Fans were buzzing on social media yesterday after Lady Gaga posted a new photo to Instagram. In the pic, Gaga looks peaceful as she sits on a patio surrounded by trees and gazes thoughtfully in the distance.

But it isn’t the photo that caused quite a stir. Look closely at the caption Gaga wrote: “Houston, you are beautiful. 🐝”

Houston, you are beautiful. 🐝

RELATED: Beyoncé’s mom is thrilled she can finally celebrate her daughter’s “twin blessings”

Of course, fans of Beyoncé, a.k.a the “Bey Hive,” immediately suspected that their idol may show up for the concert, which wouldn’t be the best Beyoncé news of the week. On Wednesday, she announced that she and husband, Jay Z, are expecting twins!

As for Gaga’s halftime show, fans do not have a lot of details, but the pop star has hinted at a few surprises. In January, the “Born This Way” singer revealed that she plans on performing some of her show from the top of the NRG Stadium’s dome.

“You know, I can’t confirm anything!” she said during an interview with Mix 104.1 ‘s “Karson and Kennedy Show.” “It was my sister. My sister was like, ‘I know, let’s suspend you in the air!'”

With the potential surprise guest and the idea of singing from the rooftops, Lady Gaga’s performance could be one of the best halftime shows yet!