Laura Dern Was Miss Golden Globe When She Was 15 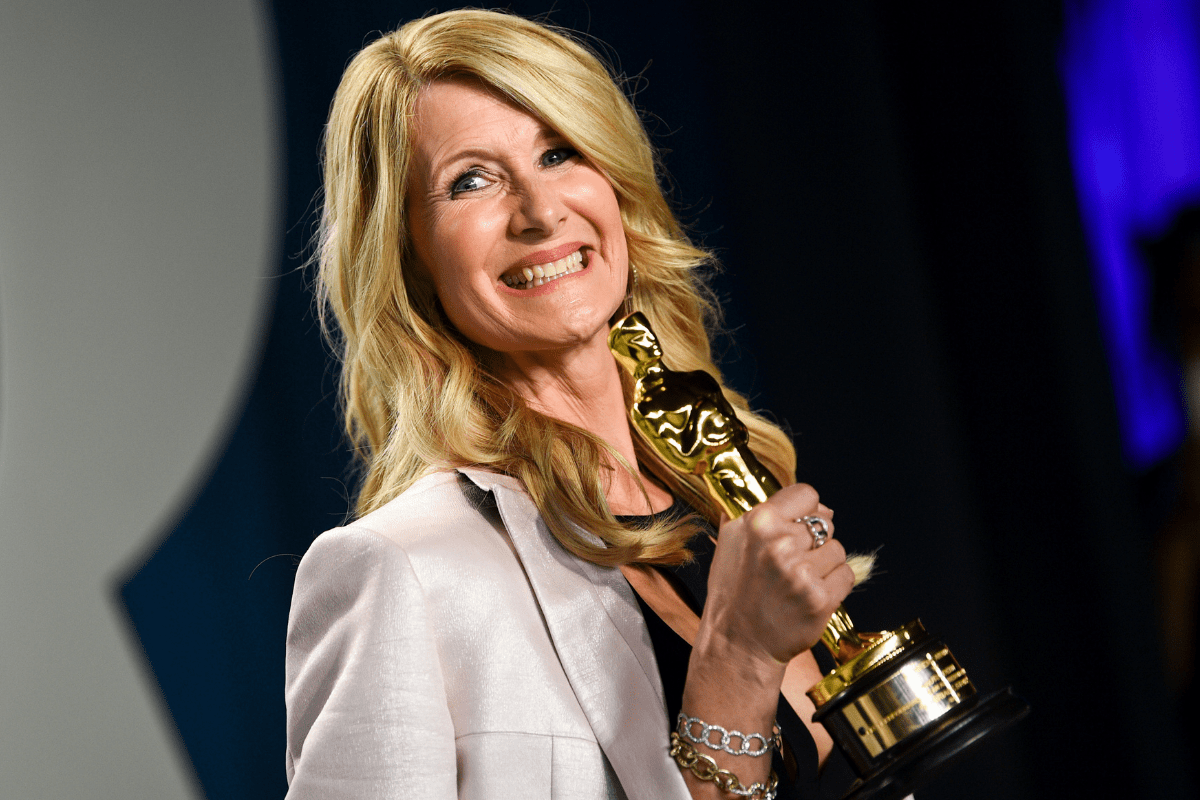 Laura Dern was born in Los Angeles, California, into a family of entertainers and politicians. Her mother and father were both actors, Diane Ladd, and Bruce Dern. They conceived their daughter when they were filming The Wild Angels. Dern’s geat-grandfather, George Dern, was a Utah Governor and Secretary of War. Even more impressively, one of her great-uncles was Archibald MacLeish, a writer, poet, and congressional librarian.

Laura Dern Breaks Down Her Career, from ?Jurassic Park? to ?Star Wars”

A screen debut for Dern came along when she was pretty young. She was in one of her mother’s films White Lightening. Shortly thereafter, she appeared in one of her dad’s movies, Alice Doesn’t Live Here Anymore.  At 13-year-old she was cast in Ladies and Gentlemen, The Fabulous Stains. When her mother told her she couldn’t be in the film, she sued for and won emancipation. In 1982, she became the youngest person to win of Miss Golden Globe. In the late 80s and early 90s, Dern rose to fame for her work in films like Wild at Heart, Mask, and Blue Velvet.

The latter, specifically, was her breakthrough film. Wild at Heart took a long time to hit theatres, but she and her mother worked together again, playing a mother and daughter pair in the film. She also acted alongside her mother in Rambling Rose. In 1992, she and Diane Ladd were nominated for an Academy Award, becoming the first mother-daughter pair to have ever earned the nomination. Dern’s biggest role may have been as Dr. Ellie Sattler in Steven Spielberg’s Jurassic Park in 1993.

Laura Dern in “I Am Sam”

She immediately starred in A Perfect World, followed by Citizen Ruth, Alexander Payne’s directorial debut, a few years forward. In the late 90’s she was in The Baby Dance, a film co-starring Jodie Foster. She was also cast in Daddy and Them, across from her mother and then romantic partner, Billy Bob Thornton. She would later appear in October Sky, Dr. T & the Women, Within These Walls, I Am Sam, and We Don’t Live Here Anymore. While she starred in the original Jurassic Park, she only had a small role in its third installment in the 00s.

In Inland Empire, she starred with David Lynch in Year of the Dog, Little Fockers, and Recount into the early 2000s. Ever promising, she was awarded a Golden Globe Award for Best Supporting Actress – Series, Miniseries, or Television Film for Recount. Around this time, she was additionally acting in multiple indie films. Her television career includes Afterburn, which earned her a Golden Globe Award for best actress. Voicing on King of the Hill and guest-starring on The West Wing and even once had a role that helped a closeted Ellen Degeneres come out in the late 90s on Ellen’s TV series.

Laura Dern was married to Ben Harper, whom she began seeing in the fall of 2000. They married five years later, right before Christmas, in their home in Los Angeles. Together they had two children, Ellery Walker, their eldest child (born in 2001), and a daughter named Jaya (born in 2004). She also was a step-mother to Harper’s children from his prior marriage. However, in 2010, Harper divorced Dern for “irreconcilable differences.” They flip-flipped shortly in 2012, reuniting and attending that year’s Golden Globes together, but changed their minds again and finalized the divorce in the September of the next year.

Watch: Reese Witherspoon?s Daughter is the Spitting Image of the Actress