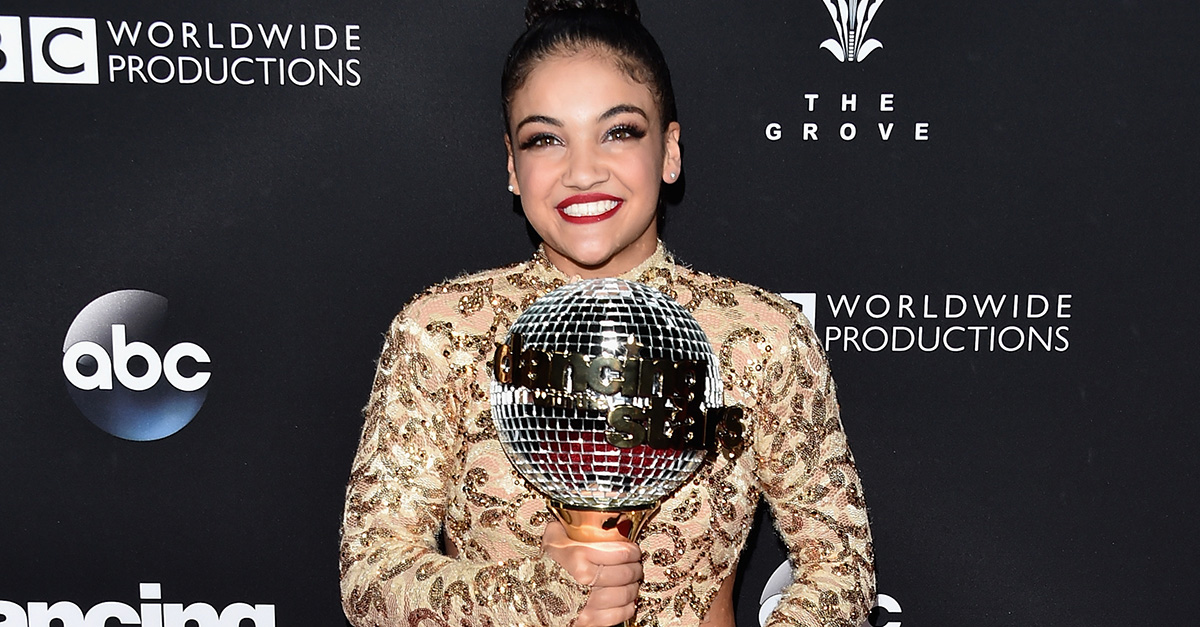 Laurie Hernandez’s mom knew exactly where to display the Mirror Ball trophy after her daughter won “Dancing with the Stars.”

The Olympic gold medalist appeared on “The Ellen DeGeneres Show” on Thursday and told the host where it can be found in her home.

“After the Olympics, I went on the show and thankfully, I won. And my mom decided that she wanted to put the Mirror Ball trophy on the coffee table in the middle of our living room,” she said. “So, when people walk in, they are like, ‘oh, that’s a little weird.’ Maybe we should put it in a corner or something.”

“It belongs right there on the coffee table. You earned that, and they should show that off,” DeGeneres said. “Where are your gold medals? They are showing that off more than your gold medals?”

“The gold medals, those are kind of hidden in a safe,” she said.

As for what’s next for Hernandez, she had just two things in mind.

“I think I want to go on a date,” she said with a smile. “And get my driver’s license.”

“I don’t have a plan,” Hernandez admitted. “If he looks like Dave Franco, then it’s fine.”

Hernandez has her sights set on competing in the 2020 Olympics, but admitted that she needs a bit of a break. While she’s gearing for the next three years, she hopes to catch up on her favorite TV show, “Law & Order: SVU.”

Of course, DeGeneres had a surprise for the young athlete. She rolled a video of Mariska Hargitay and Ice-T inviting Hernandez to the set — and that wasn’t all!

“I want to see the gold medal!” Ice-T added.