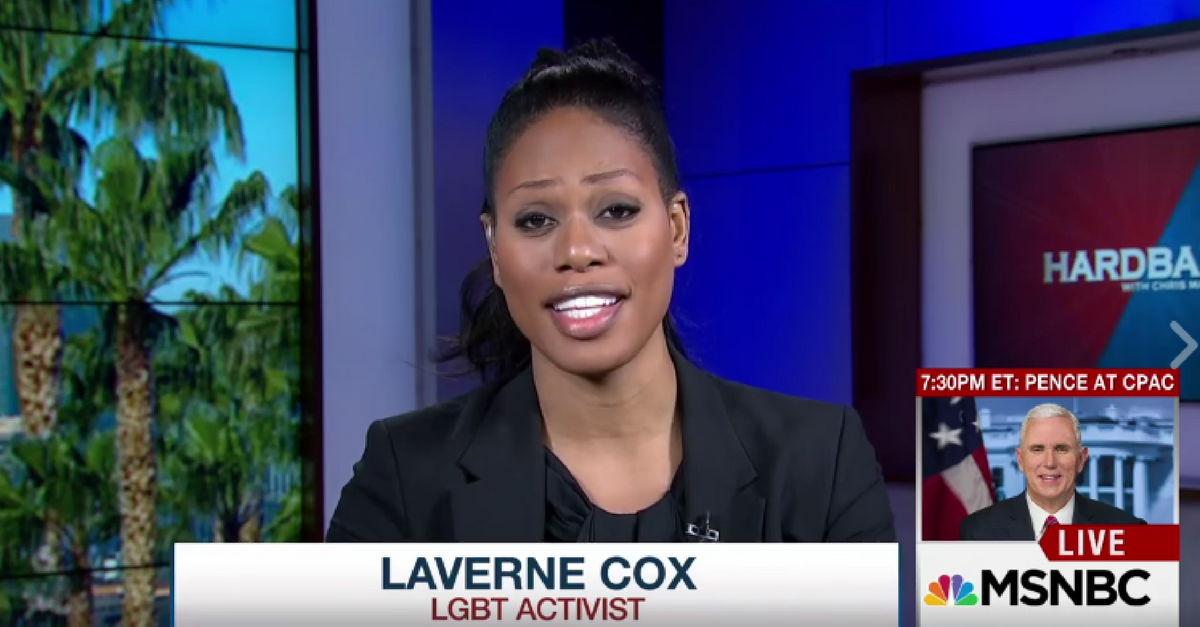 “Orange is the New Black” actress Laverne Cox appeared on Thursday night’s “Hardball with Chris Matthews” on MSNBC to face off against conservative activist Travis Weber from the Center for Religious Liberty at the Family Research Council, in regard to the Trump administration’s decision to lift Obama-era protections for transgender students.

The revoked guidance set forth by the Obama administration instructed public schools across the nation to allow transgender students to use the bathroom and locker room according to their gender identity, saying that Title IX encompasses transgender students. The Trump administration argued that the memo had no legal basis and insisted that the issue should be addressed on a state level. Cox, however, asserted that this isn’t a states’ rights issue, but rather, a civil rights issue.

“When trans people can’t access public bathrooms we can’t go to school effectively, go to work effectively, access health-care facilities — it’s about us existing in public space,” she said. “And those who oppose trans people having access to the facilities consistent with how we identify know that all the things they claim don’t actually happen. It’s really about us not existing — about erasing trans people.”

When host Chris Matthews asked Weber if Cox, who is a transgender woman, should have to use the men’s bathroom, he brought up a hypothetical scenario in which a young girl is in a locker room “and someone comes in with male genitalia … of course they’re going to be harmed.”

The Supreme Court is set to hear a case soon in which transgender student Gavin Grimm is suing his school for not allowing him to use the bathroom of his choice, also citing Title IX in his argument.