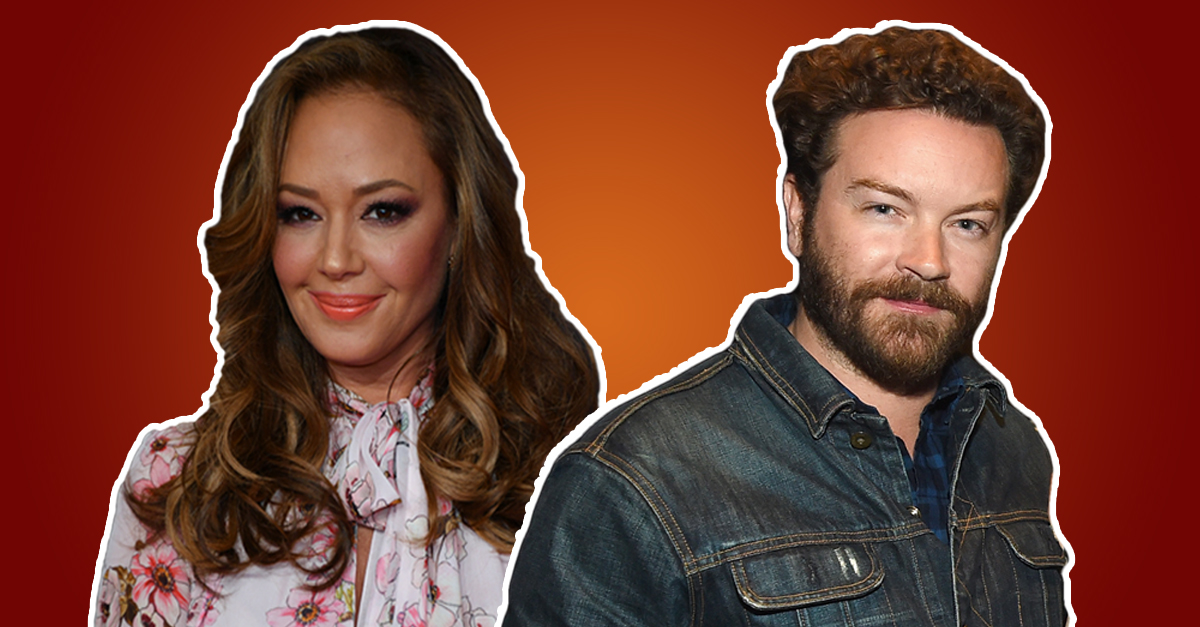 Leah Remini recently alleged that the Church of Scientology was involved in stalling the investigation into rape accusations against actor Danny Masterson and protecting him from a professional fate similar to that of Kevin Spacey or Matt Lauer.

Perhaps her voice made an impact because the former “That ’70s show” star has now been given the boot from his Netflix show, “The Ranch.”

RELATED: Kevin Spacey just got even worse news about the future of his acting career

Earlier this year, the LAPD confirmed news of an investigation into the Scientologist stemming from allegations of rape from three women. At the time, the actor claimed the accusations were concocted to boost ratings for Leah Remini’s anti-Scientology docuseries, “Leah Remini: Scientology and the Aftermath,” reported CBS News.

Remini insinuated to the Daily Beast afterwards that the the LAPD wasn’t properly handling cases involving her former church, saying “Scientology is very slick in that it’s partnered in this Police Activities League with the Hollywood division … There are Scientology policies that say, ‘Safe-point yourself to the area police department because then nobody will attack your good works,’ so it’s all very pointed and calculated.”

The Church of Scientology denied claims of an alleged cover-up, but Remini wasn’t the only one to question the lack of backlash against Masterson over the allegations.

Chrissie Bixler, one of Masterson’s accusers, and Huffington Post’s Yashar Ali — a journalist who’s been reporting the allegations —  blasted the streaming platform for having maintained ties with Masterson, 41, after being quick to fire Kevin Spacey (“House of Cards”) and Louis C.K.’s (“Louis C.K. 2017”).

Ali said after the firing was a “huge blow” to the church who “[relies] on successful actors like him to help attract new members.”

5. Huge blow to the Church of Scientology. Masterson is one of their most prominent members and they rely on successful actors like him to help attract new members. They've also attempted to silence Masterson's accusers, so this is a massive/embarrassing failure for Scientology.

A Netflix spokesperson confirmed the firing on Dec. 5 to rape saying, “As a result of ongoing discussions, Netflix and the producers have written Danny Masterson out of ‘The Ranch.’ Yesterday was his last day on the show, and production will resume in early 2018 without him.”

RELATED: Ex-Scientologist Leah Remini alleges her former church may have gotten involved in case against “That ’70s Show” star

The decision to finally fire the actor may have been an attempt for the network to make amends after one of their executives unknowingly told one of Masterson’s accusers that the network “didn’t believe them,” according to Huff Post

Masterson has since released a statement to US Weekly about being written off the show he co-stars in with Ashton Kutcher.

I am obviously very disappointed in Netflix’s decision to write my character off of ‘The Ranch.’ From day one, I have denied the outrageous allegations against me. Law enforcement investigated these claims more than 15 years ago and determined them to be without merit. I have never been charged with a crime, let alone convicted of one. In this country, you are presumed innocent until proven guilty. However, in the current climate, it seems as if you are presumed guilty the moment you are accused. I understand and look forward to clearing my name once and for all. In the meantime, I want to express my gratitude to the cast and crew that I’ve worked so closely with over the past three seasons. I wish them nothing but success. I am also so thankful to the fans that have supported me and continue to do so.