Actress Leah Remini appeared on Friday night’s episode of “Real Time with Bill Maher” to discuss her ongoing documentary revealing the dark secrets of Scientology. While there, she made a surprising assertion about how the faith could ultimately come to an end.

RELATED: Another Scientologist is firing back at Leah Remini, saying the religion “works for him”

“When the history of Scientology is finally written,” host Bill Maher said, “it will show that fate chose you to come on in Act Five. You’re like Reagan and ‘tear down that wall’.”

A&E’s “Leah Remini: Scientology and the Aftermath” documents the experiences of people who have been able to escape the organization. Remini, herself, told Maher that his 2008 anti-religion documentary “Religulous” was instrumental in planting the seed of doubt in her mind.

“I watched it because I was a troublemaker, apparently, always, but I wasn’t even at the level of what you were revealing in your documentary,” Remini said. “So you seemed a little crazy to me.”

Later on in the segment, the two discussed Tom Cruise, arguable the most famous Scientologist, and how he has played a major role in the organization’s success over the years.

“Singlehandedly, he is the one person who could end this,” Maher suggested.

“Yes, correct,” Remini agreed. “And because they’re saying he is singlehandedly clearing the planet, is changing the planet.”

RELATED: Leah Remini went on “Conan” and found out how the Church of Scientology tried to hold up her latest press tour 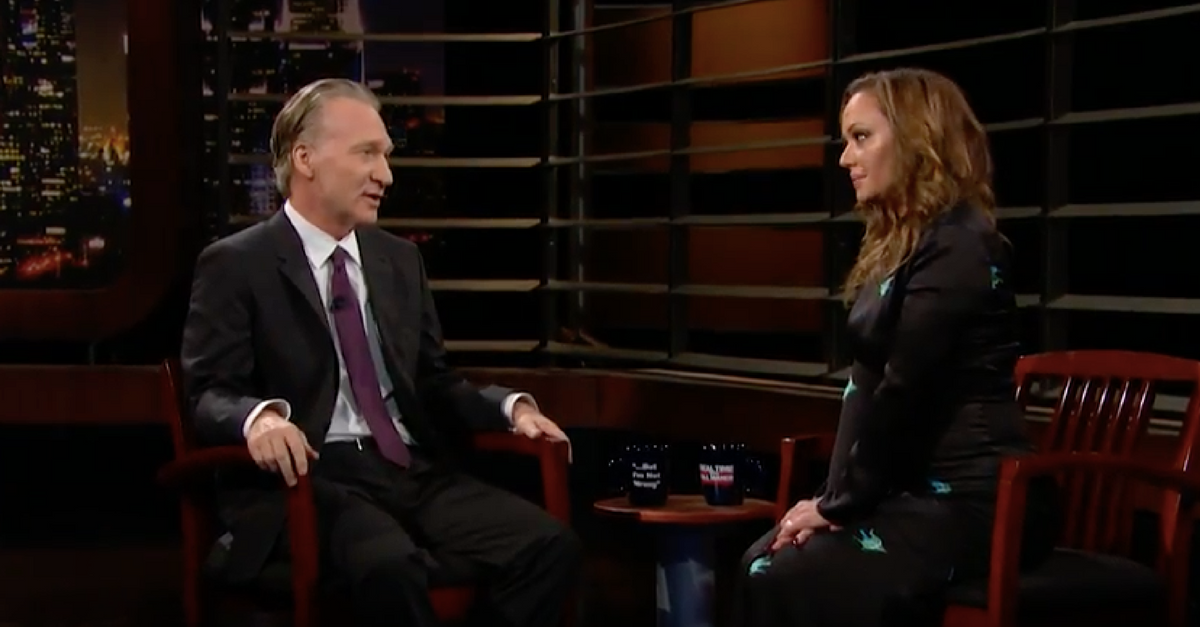