LeBron James‘ eldest son, Bronny, had a date for the prom this past weekend, and his mother took plenty of pics and shared them in an Instagram slideshow.

“So proud of you young man!! I will always have your front and your back!!” Savannah added.

Take a look at the images they posted!

Some of the pics Savannah posted show the teenager getting into his car and posing with his date in her strapless white dress.

Almost one year ago, Bronny appeared on the cover of Sports Illustrated. He now brags about being the “youngest guy in the household” to appear on the magazine – LeBron was six months older when he was on SI’s cover in 2002.

Las July, LeBron appeared on “Jimmy Kimmel Live!” and gushed about Bronny. He said his son “loves being a big brother to his little brother and sister.” King James added that his son “loves basketball” and plays on the team at Sierra Canyon.

LeBron said he hopes to continue playing in the NBA until his son is in the league, and he wants to be on the same team with his son.

“Wherever Bronny is at, that’s where I’ll be,” he promised. “I would do whatever it takes to play with my son for one year. It’s not about the money at that point.” 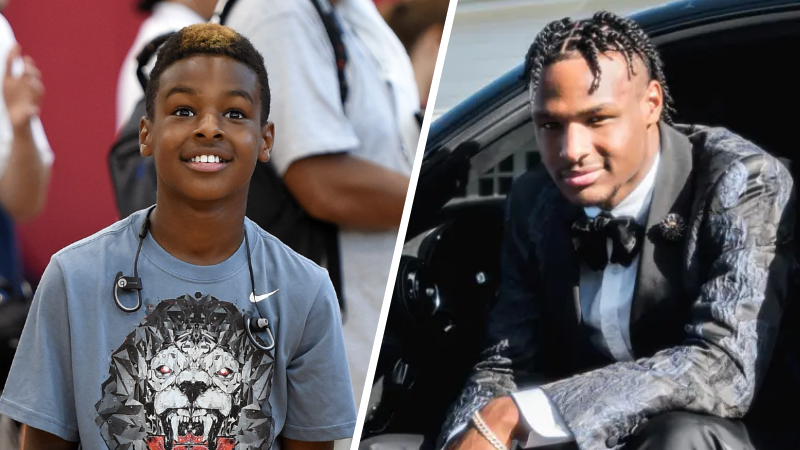