Lena Dunham is no stranger to nudity, as you may know if you’ve seen her HBO show “Girls.”

She once again revealed parts of herself on Instagram this week when she shared her new tattoo.

“Thank you @trinegrimm for my warrior’s chest plate/tit chandelier. This is my first original piece by a female tattoo artist and it felt sacred and cool and she didn’t chide me for copying @badgalriri‘s placement,” she wrote.

She continued with an endorsement of the tattoo artist: “If you’re ever in Oslo, go meet this metal queen and let her handle your body ?.”

RELATED: Lena Dunham derailed “TODAY” with a “penis” remark that sent Maria Shriver into a tailspin

The placement of the tattoo, under the breasts, is similar to the one that pop star Rihanna has, a “tit chandelier,” as Dunham called it.

Naturally, all of her commenters loved it. 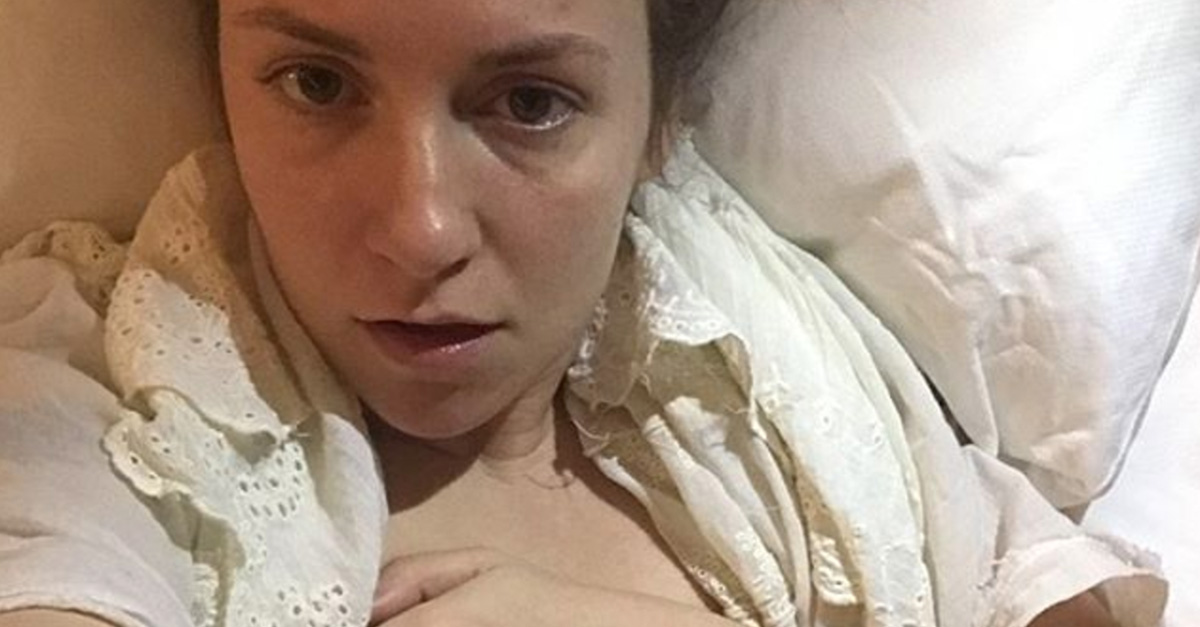