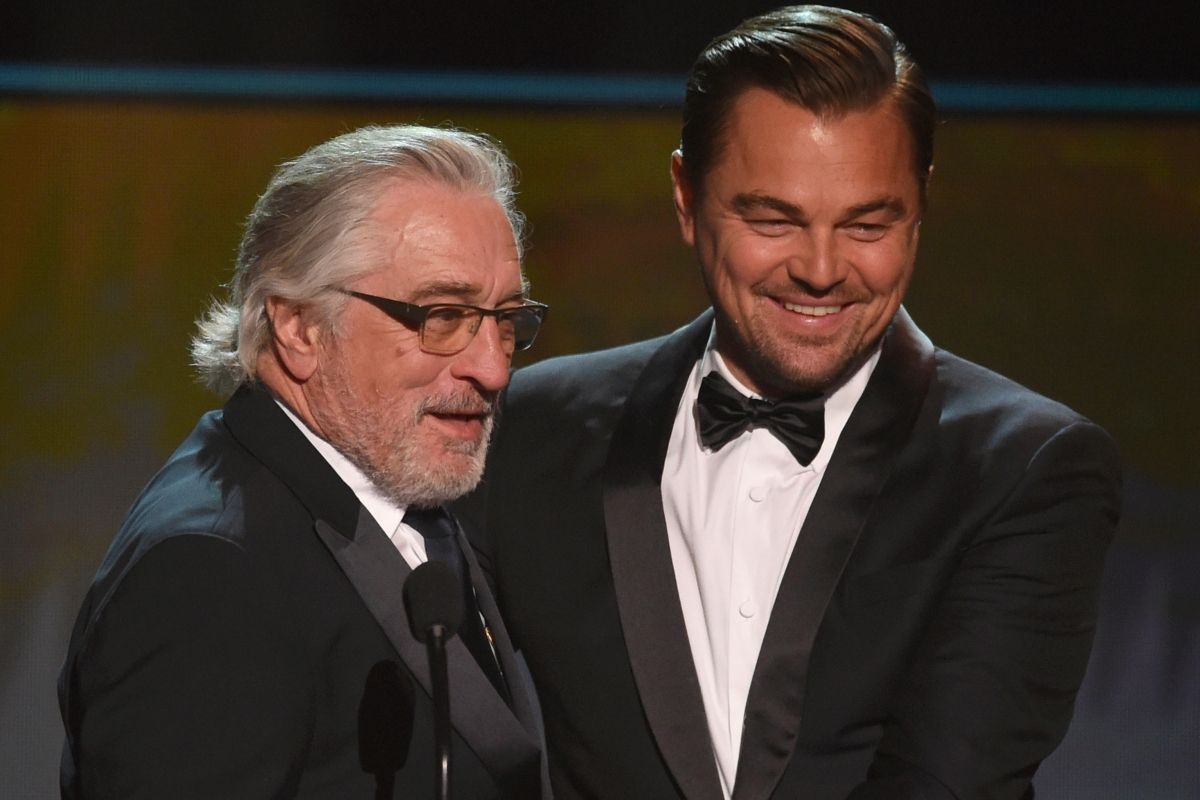 Robert De Niro and Leonardo DiCaprio met for the first time when Leo was just 15. The youngster was auditioning for the lead role in This Boy’s Life, a film based on the memoirs of Tobias Wolff. In the story, Wolff is tormented by an abusive stepfather — played by none other than the intimidating Robert De Niro. De Niro had already been cast when DiCaprio came in to read for the part of young Toby. And DiCaprio recalled the experience, vividly, in a conversation for the SAG-AFTRA Foundation’s podcast:

?That was one of those incredible auditions that came around. I suppose every kid had been waiting for [it] for a long period of time because it?s just not that often that you get a starring role above Robert De Niro ? everyone was sort of fiending for this role. And I got down, I suppose, to the final five, and it was like a last sort of day. [Tobey Maguire] was there, and I do remember thinking to myself, ?I gotta do something to stand out.? ??

And he did. DiCaprio continued:

“I remember there was a mustard jar scene, and he had to jam a mustard jar in my eye repeatedly, it was an abuse scene,? DiCaprio said. ?And the script sort of didn?t call for it, but I got up and he said, ?Is it empty? Is it empty?? And I got up and I screamed, ?No!? ? I screamed in his face, and I sat there with my head looking like a red tomato and everyone started laughing at me. ? And I sat there frozen, just thinking, ?Oh my god, I just screwed this entire opportunity up.? ? And then Bob, in traditional De Niro fashion, kind of just looked at me and went, ‘It?s good.’?

It was De Niro who first recognized that DiCaprio was right for the role and the two went on to co-star in the beloved coming-of-age story. And, though the film performed modestly at the box office, DiCaprio was the breakout star. Just like De Niro had expected. Check out their fiery mustard scene above; it still gives me chills.

The two acting pals reunited in 1996 for the family drama Marvin’s Room, which also co-starred Meryl Streep and Diane Keaton.

At the 2020 Screen Actors Guild Awards, Leonardo DiCaprio had the honor of presenting his former mentor Robert De Niro with that year’s Life Achievement Award. During his introductory speech, DiCaprio showered the Oscar-winner in compliments tracing back through his fifty-year career from Taxi Driver to The Irishman.

“It is my great honor to present the Screen Actors Guild Life Achievement Award to an artist whose personal and professional mission has revolved around our acting community his entire life. Ladies and gentlemen, the one, the only: Mr. Robert De Niro.”

‘Killers of the Flower Moon: The Osage Murders and the Birth of the FBI’

Anyone who donated earned the chance to land a walk-on role in Martin Scorsese?s forthcoming feature film, Killers of the Flower Moon. When announcing their fun offer over Instagram, DiCaprio publicly challenged Matthew McConaughey and Ellen Degeneres to take part while De Niro extended his own invite to Jamie Foxx.

In addition, to raise awareness of multiple charities, the trending Instagram outreach garnered fresh attention for Scorsese’s upcoming project. Both DiCaprio and De Niro will star in the film, marking their first on-screen reunion since Marvin’s Room. (Though De Niro has acted in nine Scorsese films and DiCaprio has acted in five, the trio has never worked together before.) The new movie, based on a nonfiction book by David Grann, will investigate a string of murders that occurred in 1920’s Oklahoma. Juicy. The release date for Killers of the Flower Moon is currently set for 2021, but due to the pandemic… who knows. As of now, fans are still dying for a first look.