Leonardo DiCaprio and Tobey Maguire Have Been Friends For Over 30 Years! 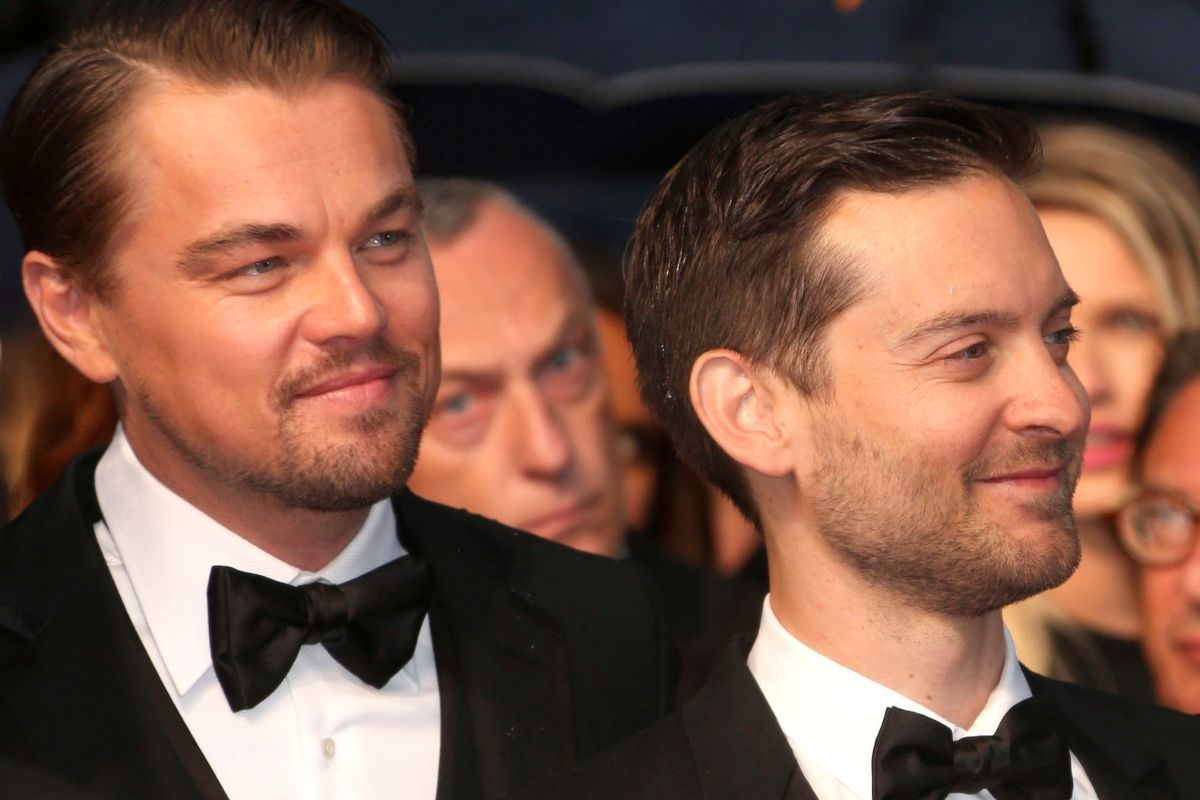 Leonardo DiCaprio and Tobey Maguire starred together in Baz Luhrmann’s The Great Gatsby in 2013. But these two stars have been real-life, low-key besties since they were child actors, just getting started in Hollywood during the mid-’90s. Take a look at their adorable and artistic friendship timeline.

Leonardo Dicaprio was about twelve years old when he forcefully befriended Tobey Maguire on the street. DiCaprio described the meaningful moment to Esquire in a 2014 interview. He was in the car with his mom, driving home from school, when he noticed a fellow child actor out the window. Maquire was busy filming a TV episode, but that didn’t stop DiCaprio from desperately begging his mom to stop the car so they could talk. Dicaprio had recognized Maguire from regular auditioning around Los Angeles. Both boys were being raised there, by single mothers, in hopes of making it in the tough industry.

But rather feel competitive, on that fateful afternoon, DiCaprio was just excited to form a real connection his own age. “I literally jumped out of the car,” he says. “I was like, ‘Tobey! Tobey! Hey! Hey!’ And he was like, ‘Oh, yeah — I know you. You’re… that guy.’ But I just made him my pal. When I want someone to be my friend, I just make them my friend.”

Tobey Maguire and Leonardo DiCaprio were already buds on the set of This Boy’s Life in 1993. The emotional biographical film tells the story of author Tobias Wolff’s tumultuous upbringing in 1960’s Seattle. 15-year-old DiCaprio starred as the young writer alongside Robert DeNiro who played, so brutally, Wolff’s abusive stepfather. If you have not seen this modern classic, rent it now on Amazon Prime. But even if you have watch This Boy’s Life, you might not have noticed little Tobey Maguire in the small supporting role of Chuck Bolger.

In fact, DiCaprio and Maguire competed for the lead prior to filming! DeNiro, the heavy-hitter of the cast, had lobbied on behalf of Leo after a particularly soulful audition. 1993 was huge for DiCaprio, who made a passionate impression, alongside Johnny Depp, in What’s Eating Gilbert Grape the same year.

One year after Titanic shattered every box office record and confirmed Leonardo Dicaprio’s spot as bona fide A-lister, journalist Nancy Jo Sales’ New York Magazine illuminating (and somewhat embarrassing) feature, “Leo, Prince of the City” painted the 23-year-old heartthrob as a cocky, hard-partying playboy having the time of his life. And surrounding him loyally throughout “Leomania” was the (allegedly) self-ascribed “Pussy Posse” whose buffoon-ish characterization rivals HBO’s Entourage.

In 2001, Pussy Posse members Leonardo DiCaprio, Tobey Maguire, and Kevin Connolly starred in Don’s Plum, a low-budget, black-and-white indie drama directed by R.D. Robb. DiCaprio and Maguire were paid just $575 a day for their work. Despite the misleading release date, Don’s Plum was filmed during the ’90s, prior to Titanic and full-on “Leomania.” But a 1998 legal battle, pursued by DiCaprio and Maguire, determined that the film could not be released in the United States or Canada. A counter-lawsuit was also filed. Presumably, the famous young men did not want fans to see their ad-libbed, sexually explicit dialogue.

Don’s Plum premiered solely at the Berlin International Film Festival in 2001 and received mixed reviews. One year later, Tobey Maguire would catapult to mainstream fame as Spiderman, heightening Americans’ desire to finally watch Don’s Plum. In 2014, co-writer Dale Wheatley made a public statement condemning DiCaprio for his role in the legal suppression of the film and announced the movie could be viewed, in full, on YouTube. And that’s still true! You can watch this rare film now, linked above.

The celeb BFFs became co-stars again in Baz Luhrmann’s flamboyant take on The Great Gatsby in 2012. (Luhrmann had previously directed DiCaprio in the beloved Romeo + Juliet.) Leonardo DiCaprio and Tobey Maguire starred as Jay Gatsby and Nick Carraway, respectively, while Carey Mulligan played Gatsby’s love interest Daisy. Although The Great Gatsby received polarizing reviews, the lush set design and DiCaprio’s suave performance were particularly applauded. And if you enjoyed the modern portrayal, get ready: Baz Luhrmann is currently hard at work on the upcoming Elvis biopic!

In 2017, the then-42-year-old actors strolled through the streets of New York City in nearly identical outfits. It seems that with so much shared history, their taste in fashion has also intertwined. The spotting was a clear sign to any inquiring fans: the Tobey-Leo buddy duo is still going strong.

WATCH: Margot Robbie Was Injured During the ‘Wolf of Wall Street’ Sex Scene with Leo DiCaprio