Did You Know Lesley Gore Was an LGBTQ Activist? 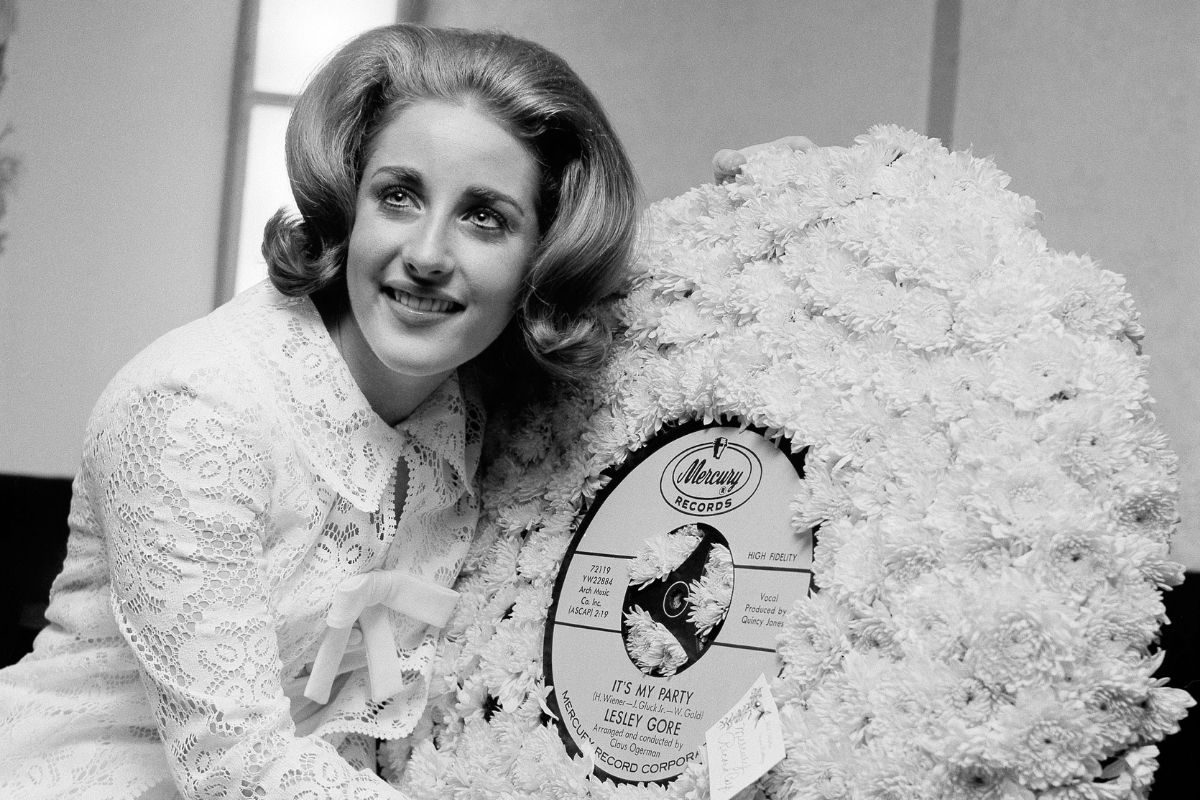 American singer Lesley Gore found early fame as a teenager in 1963 with her still-relatable hit: “It’s My Party. The following year, the joyfully proud “You Don’t Own Me” hit #2 on the Billboard charts. The immense popularity of the track endured, later becoming something of a second wave feminist anthem. (Not to mention, that absolutely killer finale in The First Wives Club.) But the bold, declarative stance of “You Don’t Own Me” was also representative of Gore’s emerging identity as a lesbian performer.

The Fascinating Life of Lesley Gore

Born Lesley Sue Goldstein, Gore’s singing abilities were apparent from an early age. She was raised by a middle-class Jewish family in Tenafly, New Jersey, and was still attending high school there when legendary record producer Quincy Jones discovered her talent. A demo recorded by Gore’s vocal coach had made it to Mercury Records, where Quincy’s own star was on the rise. Together they produced “It’s My Party” in 1963. With the iconic crooning chorus of “I’ll cry if I want to…” the young Gore became an instant girl-celebrity. She was even nominated for a Grammy! Gore released other popular tunes in 1963, including “Judy’s Turn to Cry” and Marvin Hamlisch’s “Sunshine, Lollipops, and Rainbows.” Less than a year later, she came out with the outwardly defiant “You Don’t Own Me”

Although Gore has admitted that the idea of “feminism” was not quite on her radar then, she told Drama Queen: “My take on that song was: I’m 17, what a wonderful thing, to be able to stand up on a stage and shake your finger at people and sing you don’t own me.” In essence, she was ahead of her time.

As a young adult, Gore pursued her studies as well as music, attending the all-girls Sarah Lawrence College in upstate New York. She studied British and American English literature. In the liberal arts environment, Gore said pop music was not taken seriously, even ridiculed as “uncool.” Folk was more in fashion, and Gore’s peers were not impressed by her seemingly bubble-gum career. In fact, the singer-songwriter worried that she was a had-been before the age of 26, according to this vintage article from The Village Voice.

Lesley Gore continued releasing singles throughout the ’60s and ’70s but her next major commercial success came in 1980 when she and her brother Michael composed for the hit musical film Fame. Fame follows the foibles of a Manhattan performing arts high school; obviously, rife with drama. And no doubt, Lesley understood the pressures of being an adolescent entertainer. Michael Gore composed music for the entire movie and earned an Academy Award for the theme. But he collaborated with his sister on another track, “Out Here on My Own,” which was also nominated for an Oscar. As co-songwriters, Lesley penned the lyrics to her brother’s score.

In 2004, Lesley Gore, who was 58 at the time, hosted In the Life. This long-running documentary series on PBS highlights life in the gay community and LGBT issues. Gore’s participation in the project marked her coming out. Gore discussed her sexuality further with the lesbian culture site AfterEllen in 2005, explaining that she realized she wasn’t straight during her 20’s. And while the information had not been public exactly, Gore said, ?I really never kept my life private. Those who knew me, those who worked with me, were well aware.?

Gore did have a romantic partner for 33 years, the jewelry designer and philanthropist Lois Sasson. The couple resided in New York City. Sasson was by Gore’s side when she died, sadly, of lung cancer in 2015. In Gore’s New York Times obituary, she was lauded as the “voice of teenage heartbreak,” with Jon Pareles writing that Gore sang to “girls aggrieved by fickle boyfriends, moving quickly from tearful self-pity to fierce self-assertion.” And also moving on, perhaps, to having girlfriends of their own!

During the 2012 presidential election, Lesley Gore organized a PSA that advocated for women’s reproductive rights. Teaming up with big-name celebs like Lena Dunham and Sia, the video went viral and contained a meaningful, personal message from Gore.