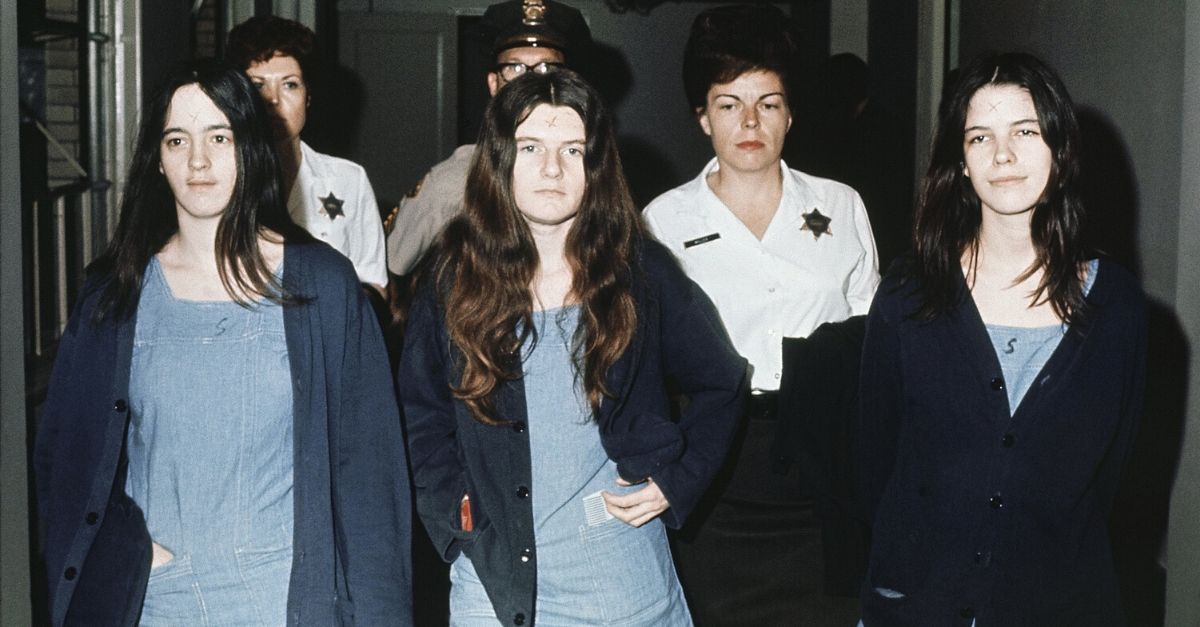 Leslie Van Houten once had an idyllic life. She was raised in sunny Los Angeles, California, in the suburbs with an older brother and adopted younger siblings. Growing up, she held appropriate interests like running for (and winning) class secretary. Well-liked and athletic, Leslie was named homecoming queen during high school. But there was another side to her that the world would soon come to know, and they would wish they hadn’t.

The breadcrumbs leading up to Leslie Van Houten stabbing Rosemary LaBianca looked were as follows. A parental divorce when she was only 14-years-old. The next year she started smoking weed, Benzedrine, and experimenting with LSD. An unwanted pregnancy, and much-too-late abortion later, at the age of 17, Leslie decided she wanted another life. Then she took a course in secretary work and enjoyed yoga. After attaining her certificate, she moved to San Francisco. This is where the then 19-year-old, met Bobby Beausoleil and Catherine Share, known as “Gypsy.” The two were hippies and Manson Family Members. And before long, so was Leslie.

On August 8, 1969, Tex Watson, 23, Susan Atkins, 21, Patricia Krenwinkle, 21 and Linda Kasahian, 20 drove from Spahn Ranch to Beverly Hills to "that house where (Terry) Melcher used to live" to "totally destroy everyone in it, as gruesome as you can" as instructed by Charles Manson. The result was the historic mass murder of 6 souls, known today as the Manson/Tate murders. Tex, Susan and Patricia went inside of the house, with Linda staying outside. #historiaobscurala #truecrime #historiccrimes #historiccrimesoflosangeles #darkhistoryoflosangeles #murderers #mansonfamilymurders #50thanniversary #mansonfamily #charlesmanson #texwatson #susanatkins #patriciakrenwinkel #lindakasabian #onthisdayinhistory #massmurder

Van Houten met cult leader Charles Manson later that year. Her new friends revered him as similar to Christ. Leslie herself had been raised a Christian, so surely this stuck something in her. She took LSD and listened to his sermons, often speaking on self-love and love for others, with the rest of the Manson Family, on Spahn Ranch. She was quickly revered as a leader in the Manson family and held many aliases with her time with the family, including Leslie Marie Skankston, Lulu, and Louella Alexandria.

When the Beatles ‘White Album’ came out, Charles Manson, a wannabee pop-star before becoming a cult leader, felt that he was being spoken to directly by the band. He believed that the revolution he was itching to start was just around the corner. The Beatles song “Helter Skelter” is what he named his revolution after. In reality, it was a race war. He believed that the way the Helter Skelter race war would result in white people being killed off by black people. HOWEVER, the Manson Family and the Beatles would survive by hiding in a hole in Death Valley and would reemerge post-war to rule the black people. When rumors started to swirl about brainwashing and his usually loyal followers began to clamor with a little doubt, thanks to Paul Crockett, Manson decided to start the war himself.

The Tate and LaBianca Murders

Dissatisfied by the way the Sharon Tate murders the night before went, and not “causing enough panic,”  Manson told his family members to try the next night again and sent reinforcement this time. Ms. Van Houten, who’d been absent from the Tate murders, decided to tag along. Leno and Rosemary LaBianca were business owners. They were found by their children Suzan and Frank around 8:30 p.m., Leno lied on his back on the couch with a pillow over his face and a knife sticking out of his abdomen. Mrs. LaBianca was on the bedroom floor with a pillowcase over her head and a lamp cord securing the pillowcase in place. When she started shouting in response to her husband’s panicked outcry, Van Houten and Patricia Krenwinkel stabbed her multiple times. Leslie Van Houten admitted to stabbing her sixteen times in her lower back.

Leslie Van Houten was arrested on November 25, 1969, for the LaBianca murders. A trial ruling ruled in a death sentence for Van Houten in 1971 for stabbing Rosemary Labianca. She received the death sentence, the youngest member of the family to receive so. By some miraculous act, California banned the death penalty in 1972.

Van Houten is alive today; at 70 years old. She has been denied parole over twenty times, including as recently as June in 2019. She continues to serve her life sentence as do most of the arrested Manson family members. Patricia Krenwinkel, however, died of brain cancer in 2009, and Manson died in 2017.