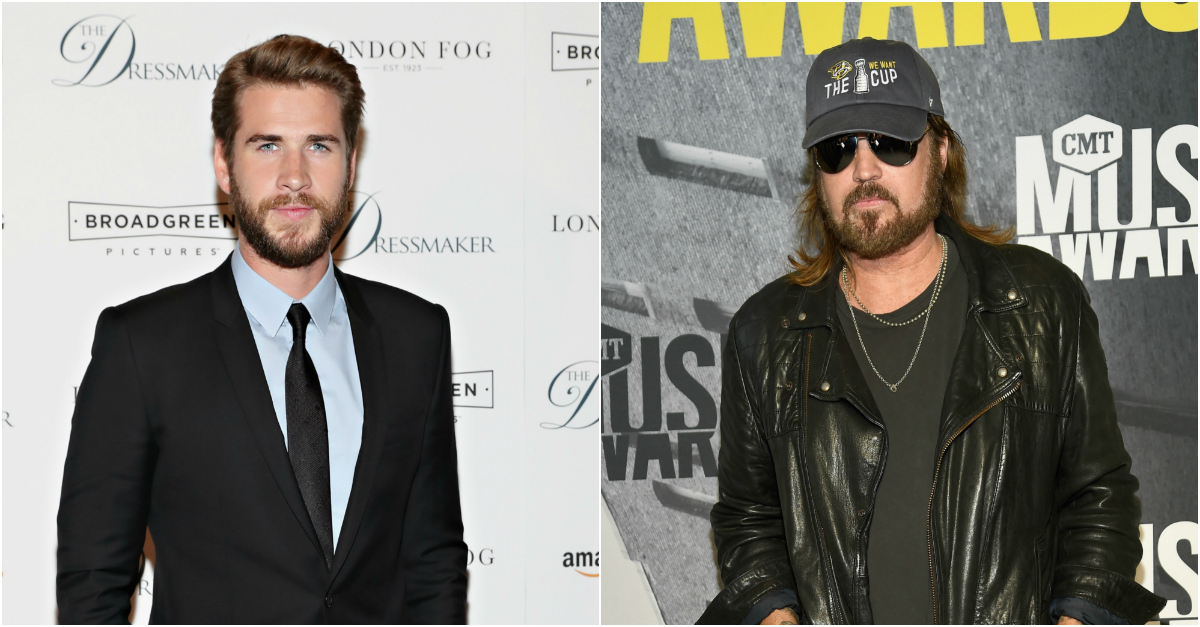 Liam Hemsworth is such a beautiful specimen that even his own future father-in-law, Billy Ray Cyrus, wants to look just like him: a goal he plans to achieve by stealing Liam’s wardrobe — one clothing item at a time!

The rather odd revelation was made by Cyrus on a recent episode of Harry Connick Jr.’s talk show “Harry,” during which the country crooner — and father of Hemsworth’s fiance Miley — confessed that he was currently wearing a shirt that he had pilfered from Liam.

“I think if you bring something back, you didn’t really steal it. I kind of borrowed it from Liam Hemsworth,” Cyrus explained. “He didn’t know though, and he doesn’t know. I happened to be getting ready to come up and do this show, and there was a clean shirt there.”

“I sweat through four layers of clothes, and Liam’s t-shirt was the last thing I had left. So I’ve got to finish this show, fly back home and go put it in his closet, so he doesn’t know it’s gone,” he added.

Hollywood heartthrob Hemsworth recently dropped by studio 8H for a surprise appearance on an episode of “Saturday Night Live.” He performed in a sketch alongside his pop star fiancée Miley, who was the musical guest on the episode hosted by Larry David.

And earlier this week, Miley gushed about her Aussie fiance on Twitter: