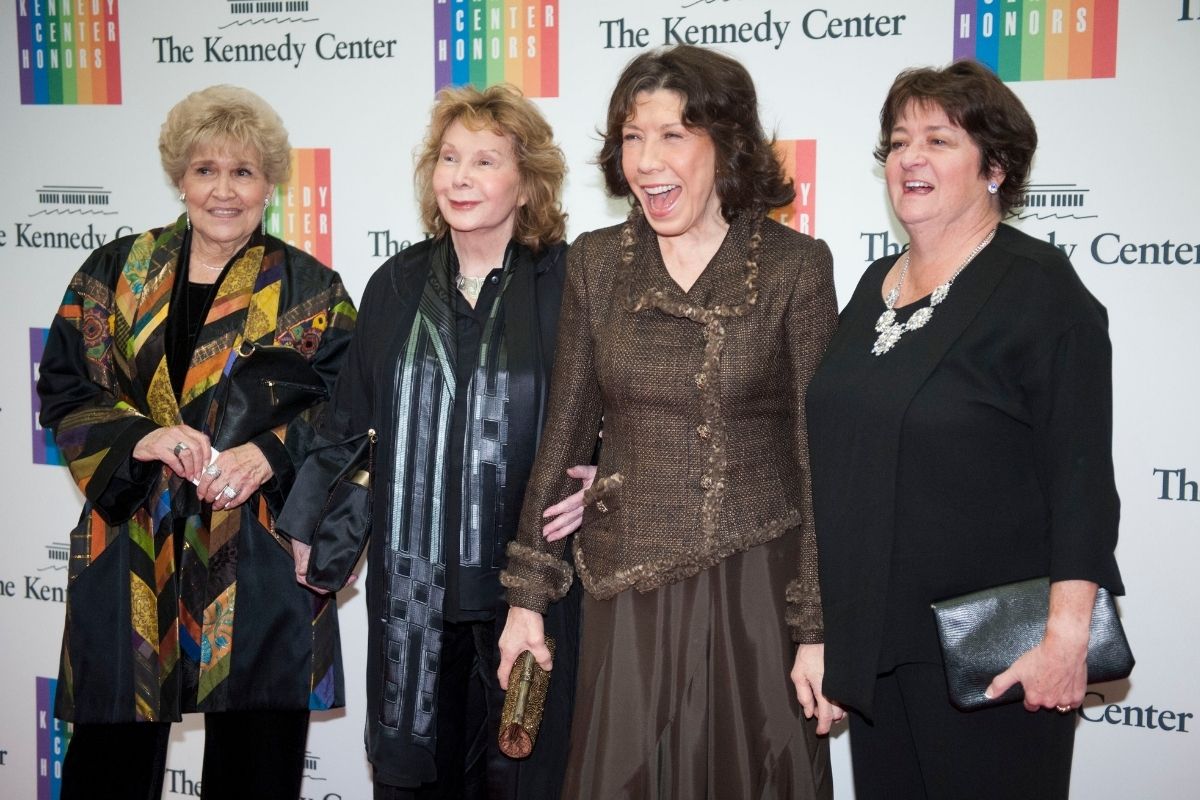 Award-winning American actress Lilly Tomlin has had a long and successful career! Something else in her life that has been long and successful is her relationship with her writer wife, Jane Wagner. The pair recall falling in love with each other 50 years ago!

Lily Tomlin does it all. She’s an actress, writer, comedian, singer, and producer. You likely recognize her from her wonderful Netflix show Grace and Frankie, where she stars alongside Jane Fonda. Before her Netflix success, she was a beloved actress on Rowan and Martin’s Laugh-In, starred in films like The Incredible Shrinking Woman, Moment by Moment, and The Search for Signs of Intelligent Life in the Universe, the latter is a film version of her one-woman-show she performed in New York City on Broadway. She’s won several awards, including several Emmy Awards, Tony awards, A Screen Actors Guild Award, a Peabody Award, and a Grammy for her comedy album. She was nominated for an Academy Award a Golden Globe but lost her bids. It’s hard to believe she hasn’t won an Oscar! Tomlin has been the star of countless Broadway shows, television shows, and movies. She has really taken Hollywood by storm!

The relationship between Tomlin and Wagner isn’t just romantically successful, it has been a wonderful working partnership as well! Wagner started working in Hollywood with a writing gig on the CBS teleplay J.T. before meeting and collaborating with Tomlin. Wagner would become the writer responsible for some of Tomlin’s best characters.  While Tomlin created the popular Laugh-In character Edith Ann, Wagner wrote many of the jokes. The couple began both their creative and romantic relationship in the 70s. Tomlin said she fell in love with Wagner while working on the comedy album And That’s The Truth. Tomlin said within two minutes she had fallen in love with Wagner, and that feeling was reciprocated. The couple got married on New Year’s Eve in Los Angeles in 2013. The pair are still crazy about each other, making the perfect romantic and creative partnership!