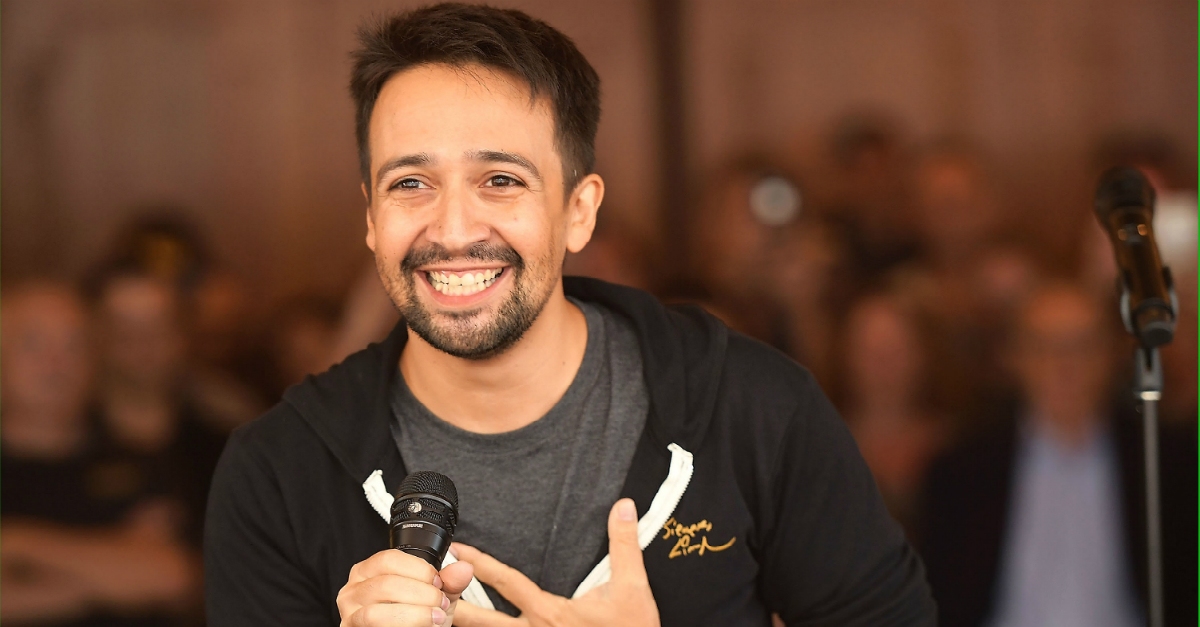 The theater star began by addressing the much-anticipated release of “The Hamilton Mixtape Vol. 2,” saying that ?nothing?s gonna match those songs in that order, beautifully sequenced by @jperiodBK (music producer J. Period), at that moment in December 2016.?

Fans have been craving new “Hamilton” songs ever since Miranda dropped “The Hamilton Mixtape” in December of 2016, and with the talented auteur announcing that he’ll be releasing new “Hamilton” content every month until December 2018, they now know that the moment they’ve been waiting for has finally arrived!

So today, we begin THE HAMILDROPS. We’re gonna drop some new Hamilton content, every month, December NOW through December 2018.

The first of these “HAMILDROPS” will be a number penned by Miranda himself and featuring music by the Decemberists, called “Ben Franklin’s Song.”

The writer/performer said that he wrote the ?Decemberists-esque lyrics? a while back ?but never set ?em to music.?

Miranda also announced that there will be explicit and clean versions of ?Ben Franklin?s Song.?

Back in September, Miranda criticized President Trump and his administration’s response to the carnage caused in Puerto Rico in the wake of Hurricane Irma.

You're going straight to hell, @realDonaldTrump.
No long lines for you.
Someone will say, "Right this way, sir."
They'll clear a path. https://t.co/xXfJH0KJmw

RELATED: Bon Jovi can stop livin? on a prayer, because one of his Christmas wishes just came true

The Trump administration and the ?Hamilton? cast have quite a history.

You may recall that Vice President Mike Pence made an appearance at a show not many days after the election, was booed by the crowd and then the ?Hamilton? cast?s Brandon Dixon made a speech that sparked a Twitter war.

While some saw the speech as a lecture, others viewed it as an olive branch.

In October, Miranda surprised fans by sharing an adorable video featuring him and his mother singing a song from the musical ?Wicked.?

In it, Miranda and his mother sing along to the show?s classic song ?For Good? while driving in a car. The precious duo belted out the words to the song?s finale, and we couldn’t get enough!