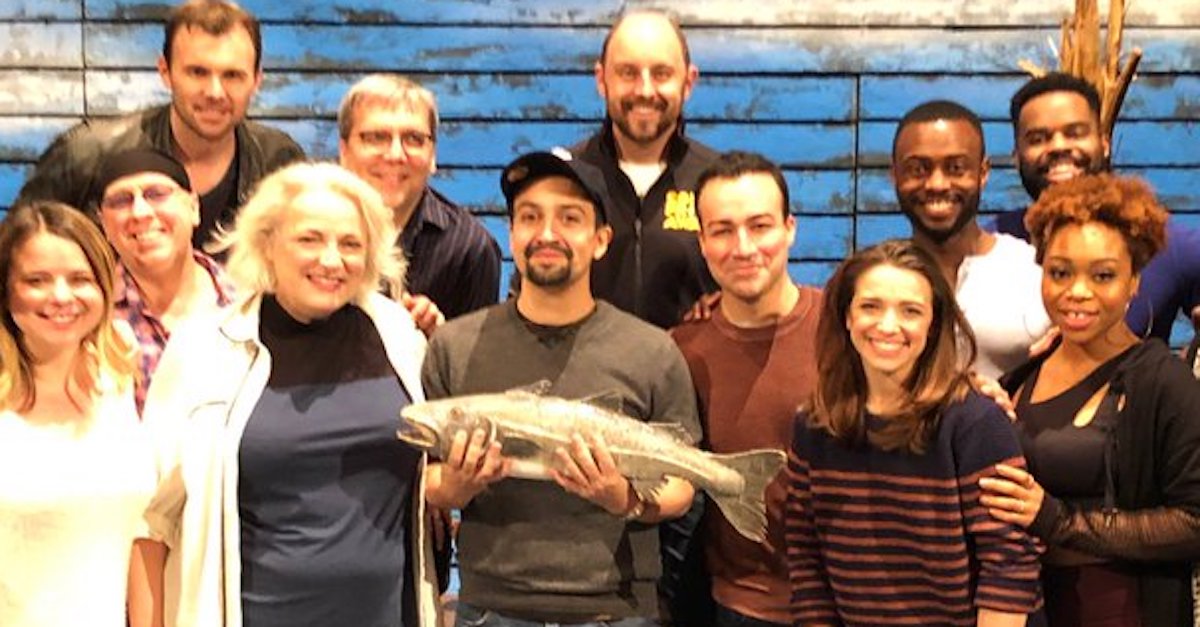 Lin-Manuel Miranda knows quite a lot about musicals. After all he is brains behind the smash Tony award-winning musical “Hamilton.” With that being said, any show that can bring him to tears is one to watch. And for “Come From Away,” Miranda applauded the Canadian musical for their sneaky method of keeping audience reactions at a minimum.

The actor tweeted of his visit to the play Wednesday night writing, “Cod [sic] damn you Canadians for the 100 minutes wherein I constantly blinked back tears of gratitude for cheering for kindness & decency & your wonderful show.”

Cod damn you Canadians for the 100 minutes wherein I constantly blinked back tears of gratitude for cheering for kindness & decency & your wonderful show pic.twitter.com/mpmiVITZwL

Adding, “But don’t let them fool you they’re not as nice as they seem!” He revealed that the the musical only employed the use of three buttons to keep the audience from applauding on cue. A “button,” he explained, “is a musical theater term for the bump at the end of a song that lets you know it’s okay to applaud and is usually a light cue, linked to an instrumental bump.”

Sometimes we writers will withhold a button because we want to pay that energy forward for another moment, or because we don’t want applause to kill momentum

“Sometimes we writers will withhold a button because we want to pay that energy forward for another moment,” he continued, “or because we don?t want applause to kill momentum.”

Examples include “Say No To This” — no button — and a “huge one on the next number, Click Boom!” he shared.

Example: no button at the end of Say No To This (applaud adultery ahnooo) but HUGE button on the next number, Click Boom!

According to Miranda, the show’s use of only three (during the opening, middle and the end) kept him from showing just how much he loved the performances and was a “ruthless” thing to do.

RELATED:  Ticketmaster website crumbles under popularity of ?Harry Potter And The Cursed Child?

“SO YOU?RE SEEING THIS INCREDIBLE KINDNESS AND GENEROSITY AND BEAUTIFUL WORK AND THEY DON?T LET YOU CLAP THE WHOLE SHOW,” he wrote. “It?s INCREDIBLY effective. And EARNED. But don?t let their kindness fool you, them Canadians are RUTHLESS WITH YOUR EMOTIONS. End of thread,” finishing with three heart emojis.

“Come From Away” is based on the true story of Gander, a small town in Newfoundland that found itself playing a big role during 9/11, after several dozen airplanes carrying thousands of passengers were diverted from New York and sent to its airport.