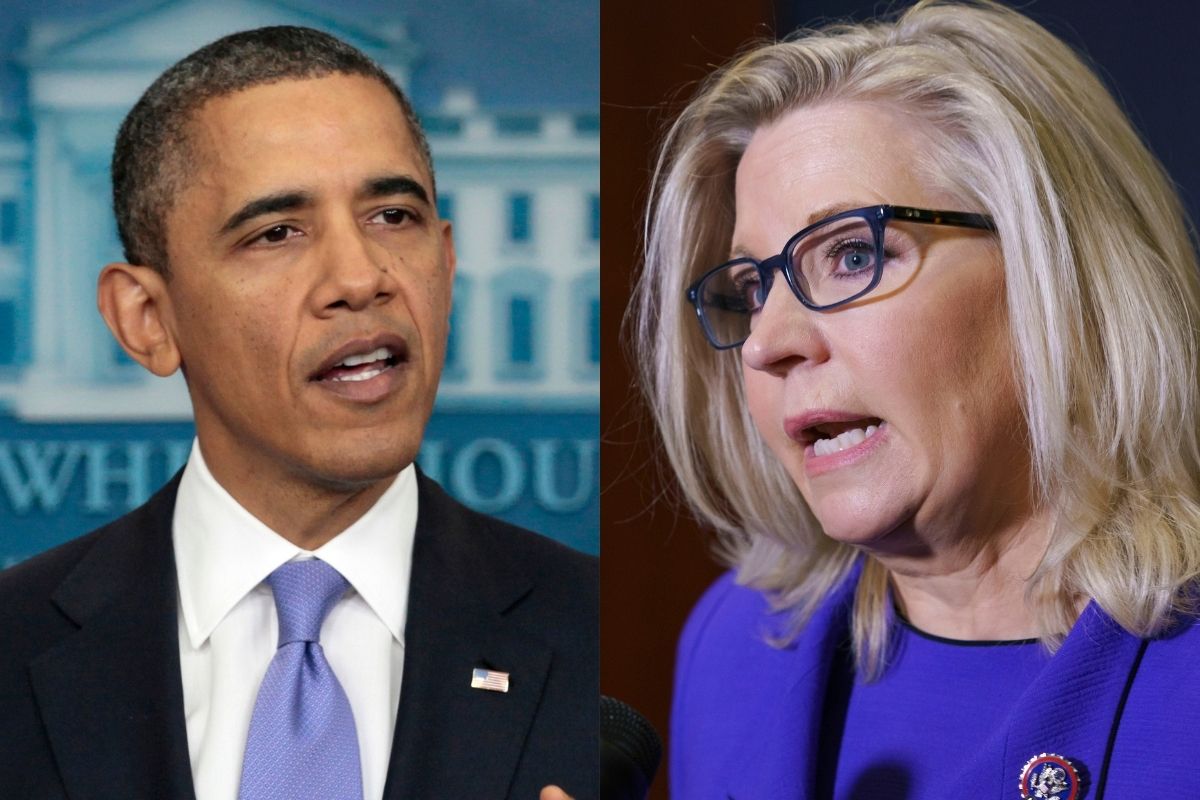 In her public, defiant rebuke of former President Donald Trump, Rep. Liz Cheney of Wyoming became the target of all those Republicans who stand by his false claims over election fraud: what Cheney calls the “big lie.” She paid the price yesterday before Congress when Cheney’s colleagues voted to remove her from the #3 ranked leadership position of House Republican Conference chair.

The charge to oust Cheney was led by House Minority Leader Kevin McCarthy of California. But she’s gained neew allies. Since the process within her caucus began, Cheney’s unique stance has been lauded and repeated by Democrats with Speaker Nancy Pelosi commending the representative’s “courage, patriotism and integrity.”

Long before Liz Cheney made waves by voting against the Republican Party’s president during the Capitol riot impeachment trial, Liz Cheney was a politician with strong and singular views. As the daughter of George W. Bush’s powerful vice-president Dick Cheney, she served in the State Department while Bush was in the White House, invading Iraq and claiming to seek weapons of mass destruction.

In 2009, shortly after Barack Obama became president of the United States, Liz Cheney was a co-founder of Keep America Safe: a far right-wing security group most known for targeting the former lawyers of Guantanamo Bay detainees. Infamously, the implication was that these prisoners were not entitled to legal representation… a tenet carried on from her father’s administration. At the time, even fellow Republicans shirked the message and militant rhetoric of Keep America Safe. Sound familiar?

In 2012, Cheney was hired as a commentator for Fox News and in 2013, she announced her campaign for the Wyoming Senate. It was during this notorious bid that Cheney’s views over same-sex marriage first came out. She was opposed, which came as a shock to voters considering Liz’s sister Mary Cheney is an out lesbian. Even the extremely conservative Dick Cheney has come around to supporting his daughter Mary in her relationship — Mary married in 2012 — and a public family feud erupted. Mired in controversy, Liz ended her campaign in defeat.

But that’s not all that might surprise you about Liz Cheney’s muddled political past.

You may remember that the real estate mogul Donald Trump first burst onto the political scene at the height of Barack Obama’s presidential campaign. Trump claimed that Obama was not born in the United States and demanded to see his birth certificate. The topic of Obama’s origins had come up before, mainly as a conservative talking point, but the celebrity Trump pushed that (racist) notion solidly into the mainstream.

In March of 2011, Trump said of Obama on Fox News: “He doesn’t have a birth certificate. He may have one, but there is something on that birth certificate — maybe religion, maybe it says he’s a Muslim; I don’t know.” The next month, he said on NBC: “I have people that have been studying it and they cannot believe what they’re finding.” At the time, Trump was flirting with his own primary Republican campaign. Ultimately bowing out, Trump went on to endorse Sen. Mitt Romney — who accepted the support proudly. (By now, Romney’s stance on Trump has changed. Multiple times.)

But even before Trump’s rise and so-called “birtherism” became so very intertwined, Cheney herself perpetuated the idea. As the conspiracy theory was first bubbling within factions of her party — the party she now says is at “a turning point” — Liz Cheney appeared on CNN with Larry King in 2009 and refused to debunk or condemn such rumors. She said:

“I think the Democrats have got more crazies than the Republicans do. But setting that aside, one of the reasons you see people so concerned about this, I think this issue is, people are uncomfortable with having for the first time ever, I think, a president who seems so reluctant to defend the nation overseas …”

King then asked her directly whether she thought Obama was born in Kenya. Side-stepping, Cheney responded:

In February, Liz Cheney said, “We are the party of Lincoln, we are not the party of QAnon or anti-Semitism or Holocaust-deniers, or white supremacy or conspiracy theories.” But when exactly, for her, did that become the case?

Considering Liz Cheney’s high profile condemnation of Trump — her impeachment vote, her op-ed in The Washington Post, her viral speech on the eve of her ouster — she’ll likely be remembered for defending the constitution against her own political interests. That legacy will overshadow a long career based on conspiracy theories and disturbing PATRIOT Act-era legal methods. As Democrats welcome Cheney with open arms, it’s time to remember exactly what kind of an American vision the GOP congresswoman represents.

WATCH: Despite Colonial Pipeline, Do NOT Put Gasoline in Plastic Bags