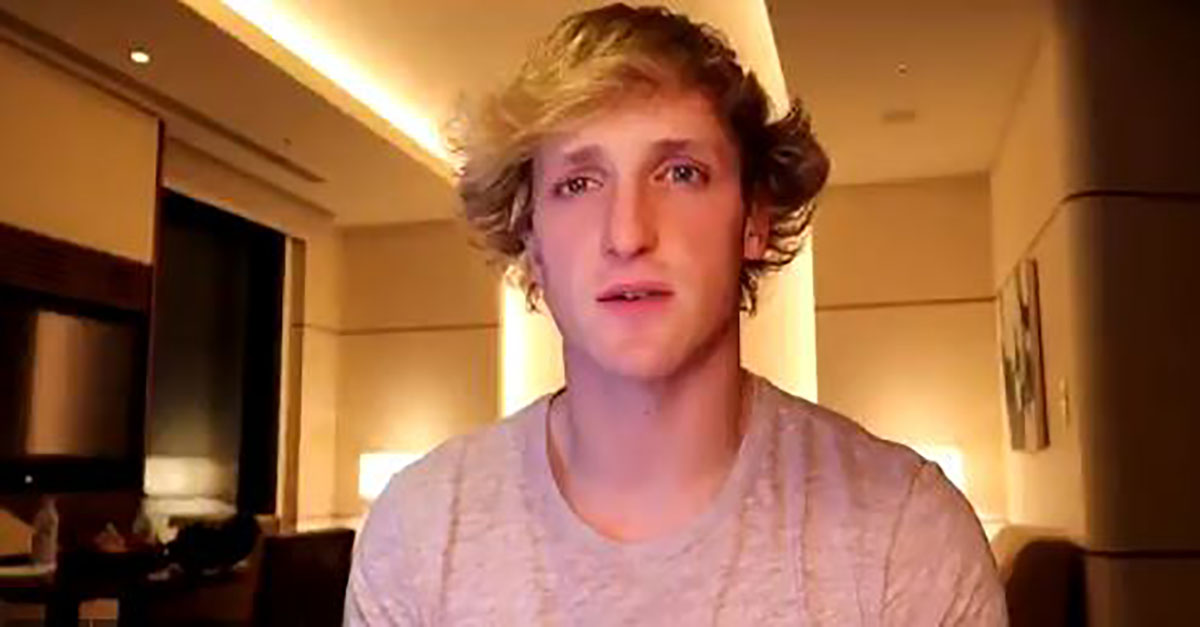 YouTube star Logan Paul was bashed within an inch of his life — online that is — after posting a disturbing video in which he filmed himself with a corpse in the Japanese “suicide forest.”

The 22-year-old internet star was met with swift outrage, even after tweeting out a statement of apology and followup video. YouTube — after facing its own backlash for its slow response — finally addressed the comedian’s actions, announcing that he would be pulled from their official partner channels, putting an end to his monetized videos, production would be halted on his upcoming projects.

RELATED: YouTuber whose brother was criticized for posting a video of a dead body is gearing up to have a scandal of his own

“I didn’t do it for views,” internet star wrote, adding “for the first time in my life I’m regretful to say I handled that power incorrectly. It won’t happen again.”

After weeks of seemingly going underground, Paul reemerged and told TMZ that he could be redeemed.

“Everyone deserves second chances, bro,” he told the cameraman, adding that he’d learned “everything” from this experience.

Considering he’d been cited for several instances of controversial behavior, many in the public refuse to let him off the hook so soon.

Twitter user Kyle Burton (@Tigerkyle2011) responded to a fan calling for Paul to be forgiven, writing, “I hate to say it Druscilla but I believe his second chance was not to upload the video after editing it. If he wants to make a life for himself he’ll find a way, I just don’t think it’s in any sorta film industry.”

I hate to say it Druscilla but I believe his second chance was not to upload the video after editing it. If he wants to make a life for himself he’ll find a way, I just don’t think it’s in any sorta film industry.

Another user pointed out that “no one deserves anything” and if the online prankster wants to a second chance, he has “to earn it.”

No one Deserves anything, it is Earned. If @LoganPaul wants a second chance, his got to earn it. I deserve an honest pay, but I earn it everyday. He should take note. pic.twitter.com/srn48Yzr8s

For another commenter, Paul would have to make amends to the family of the suicide victim he posted on the web to show “he is genuinely sorry.”

How about he goes and apologize to the family? Do something to help them cope with this, pay for their therapy, or the loved ones funeral costs or cremation. Just something that can show he is genuinely sorry.

It’ll be very interesting if the disgraced online celeb goes that route, but until then, the public will just have to wait and see.