How Louis Armstrong Went from a Delinquent to a Jazz Superstar 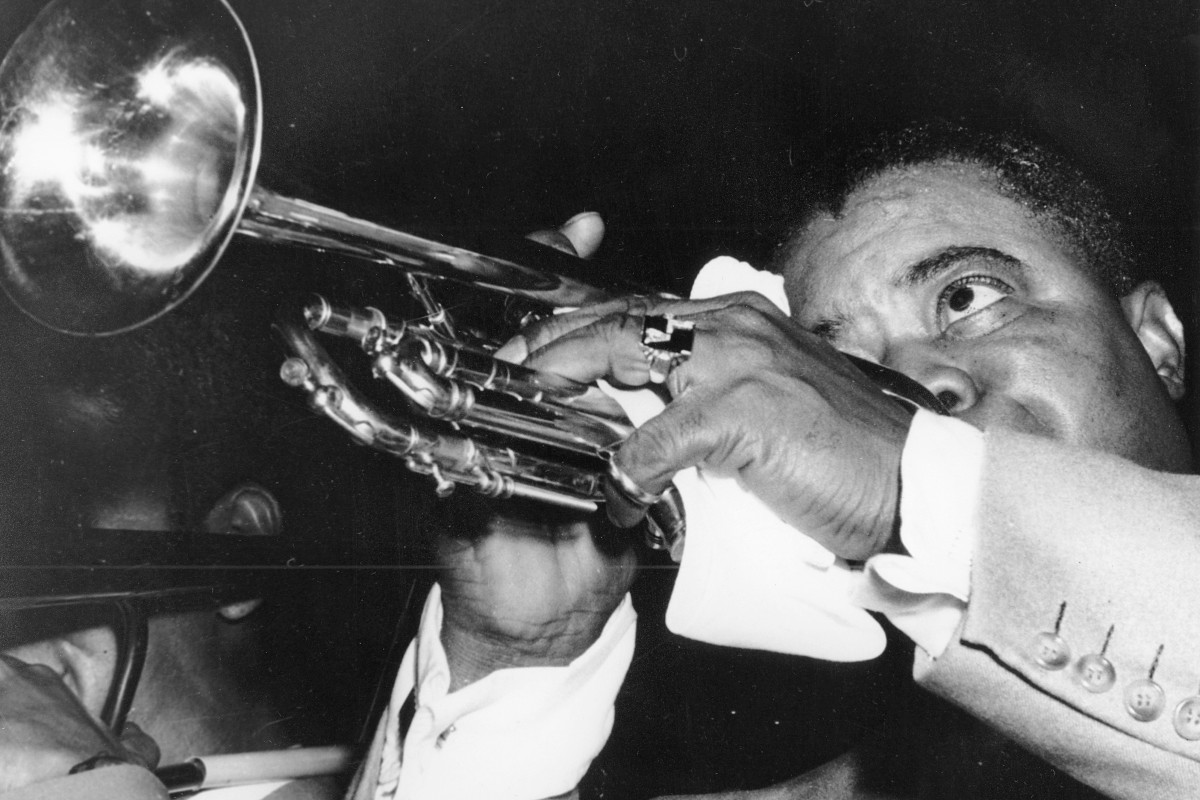 Nicknamed ?Pops,” ?Satchmo,? and ?Ambassador Satch,? Louis Armstrong was a giant of 20th-century popular music and jazz, penning some of the most iconic American standards including ?What a Wonderful World? and ?Hello Dolly?.

Born in 1901 in a rough New Orleans neighborhood nicknamed ?The Battlefield,? the jazz musician’s early life was difficult. By the fifth grade, he was compelled to drop out of school to work.

On New Year?s Eve in 1912, he was arrested for shooting a gun into the air and sentenced to a Louisiana reform school, the Colored Waif?s Home for Boys. A born entertainer, his cornet lessons there kindled a lifelong love of music. Studying under Joe ?King ” Oliver, Louis made a name as one of New Orlean’s most talented musicians after leaving the school in 1914.

In 1922, Joe “King” Oliver invited Louis to Chicago to join Oliver’s Creole Jazz Band, where they earned citywide renown for their intricate cornet duets. Armstrong married the group?s pianist, Lil Hardin in 1924. Hardin persuaded to pursue his own career in New York City, where he joined Fletcher Henderson and His Orchestra.

Feeling out of place in New York, Louis returned to Chicago the next year. Under Okeh Records, he stepped into the role of bandleader with Louis Armstrong and The Hot Five (later the Hot Seven). As a vocalist, Armstrong would pioneer ?scat singing,? and as a musician, he elevated the form of jazz from its ensemble roots to the province of virtuoso soloists. The popularity of the group earned Louis Broadway performances in the revues ?Hot Chocolates? and ?Ain?t Misbehavin?.?

Armstrong would switch from cornet to trumpet around this time, and in the early ?30, he began touring America and Europe and appearing in movies. But constant performance began to wear on Louis?s lips, forcing him to take a hiatus in 1934. Financially struggling, he hired his would-be lifelong manager, Joe Glaser. Glaser secured him a contract with Decca Records and managed his blossoming Hollywood career, starting with 1936?s Pennies from Heaven.

The popularity of big bands waned in the late ’40s, prompting Armstrong to form a smaller group called the All Stars in 1947. It was with the All Stars that he would achieve the height of his popularity and produce his most iconic recordings, like ?Mack the Knife? and ?Hello Dolly??which managed to bump The Beatles off the top of charts in 1964.

The Legacy of Louis Armstrong

The Grammy winner’s health began to decline when he had his first heart attack in 1959. After another decade of hundreds of performances per year, he was hospitalized again in 1968. The trumpet player returned to performance in 1970, against his doctor?s wishes, but passed away in his home in Corona, Queens the following year.

Today the legendary African American trumpeter is remembered as one of the most influential musicians of all-time, a pioneer who elevated jazz to fine art and was cited by the likes of Bing Crosby, Miles Davis, Duke Ellington, and Ella Fitzgerald. His home in Queens was converted into the Louis Armstrong House Museum and declared a national landmark in 1977.

Watch: Lionel Richie and Kenny Rogers? Friendship Throughout the Years is Inspiring and Sweet