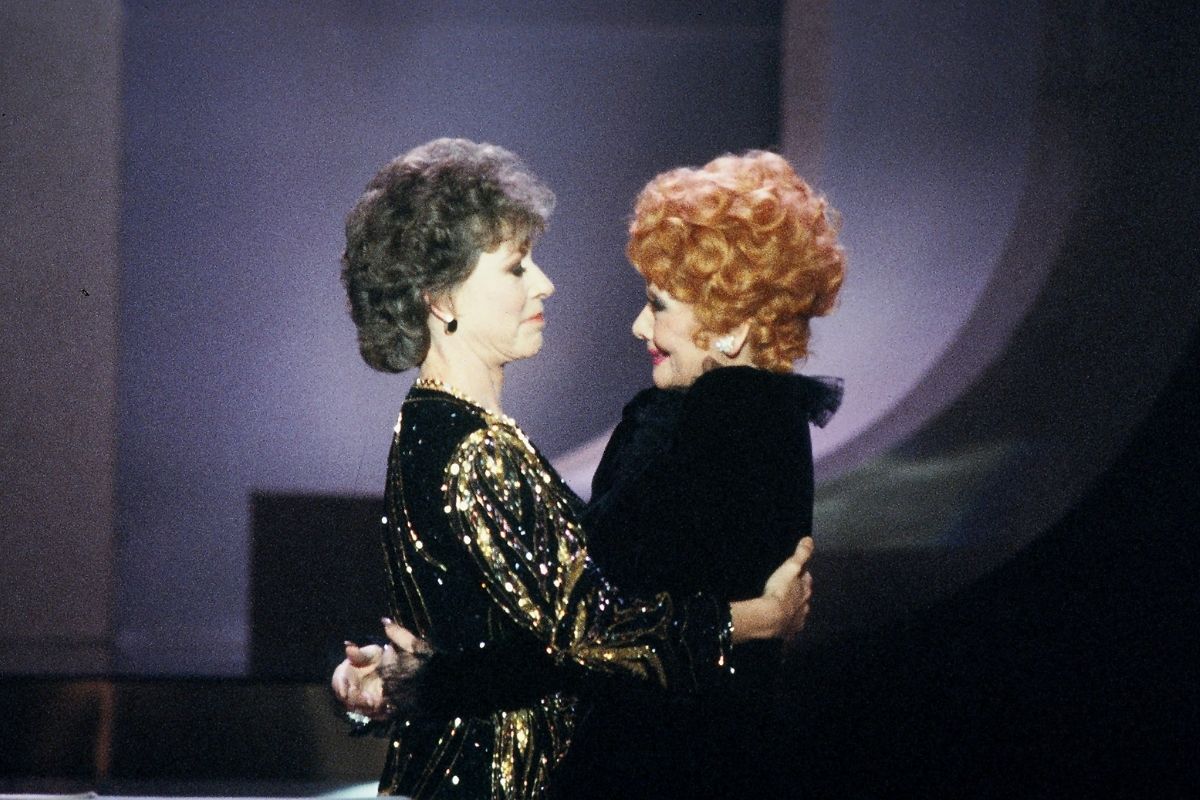 There are few friendships more iconic than the one between comediennes Lucille Ball and Carol Burnett. These legendary actresses were such good friends that Lucy worked some of her magic to help Carol get her own sitcom, the wonderful Carol Burnett Show!

Lucille Ball was a legendary name in classic Hollywood. She started her career as an actress in film, eventually transferring over to the new medium of television. It wasn’t until her hit tv show, I Love Lucy that she truly became a big name. Starring alongside her husband Desi Arnaz, the comedy show that aired on CBS took the world by storm. The show was so well-loved it would get 20 award nominations, winning four Emmys. Lucy was a force in Hollywood. If anyone could get someone their own show it was her!

Carol Burnett got her start in New York but grew up in Los Angeles. She attended UCLA before making her move to the East Coast to pursue acting. She was a gifted comedienne, but it took a while for her to get noticed. It was while she was starring in an off-broadway production that she would make a life-long friend who would help her land her own show back home in Hollywood.

Lucy and Carol met while Carol was performing in an off-broadway show called Once Upon a Mattress. Knowing that Lucy, a hero to Burnett, was in the audience made her extremely nervous that night. During the 2016 SAG Awards, Amy Poehler and Tina Fey presented a lifetime achievement award to Carol. This is where she shared the story of the night she met Lucy.  After the show, Ball visited Burnett in the dressing room and Carol shared the sweet conversation, “She called me ‘kid’ because she was 22 years older than I. Just as she was leaving, she said, ‘Kid, if you ever need me for anything, give me a call.’” That call would certainly come.

Carol’s call to Lucy came a few years later when she was offered a spot on a CBS special only if she could land a big name to co-star with her. She called Lucy and without hesitation, she was there. The special was called Carol +2, and it helped launch her career. This special brought Lucy and Carol together and made a friendship that would last until the end of Lucy’s life.

From that point on, the pair would be regular guest stars on each other’s shows. The Carol Burnett Show, the first woman-hosted sketch comedy and Variety show, would frequently feature Lucy. After I Love Lucy came to a close, Lucy would have two more successful shows: The Lucy Show and Here’s Lucy. The bond Carol and Lucy shared was bigger than a working relationship, it was an everlasting friendship.