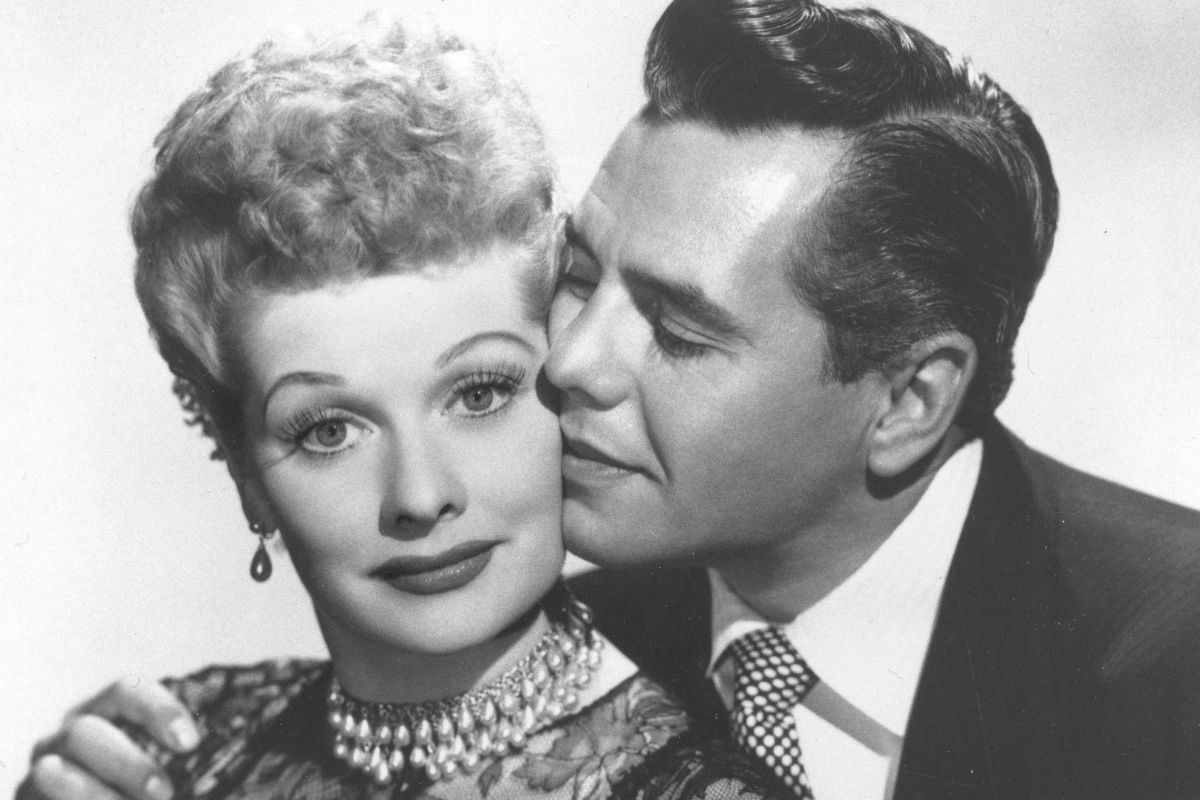 It isn’t all that shocking to hear of a wild scandal when it comes to celebrities. Even the most beloved ones throughout the century have some dirt hiding in their pasts, ready for others to dig up and recall those memories, even long after those legends have passed on. And that’s exactly what Darwin Porter did in writing Lucille Ball & Desi Arnaz: They Weren’t Lucy & Ricky Ricardo with Danforth Prince, exposing the truth behind one of America’s favorite couples, Lucille Ball and Desi Arnaz; a truth that consists of nude photos, prostitution, and hardship.

According to Do You Remember, the new book paints the I Love Lucy superstar’s rise to fame, detailing the dark situations she found herself in to get there. Born in Jamestown, New York, she studied dance under Martha Graham, who then asked her to drop the class because she was, “hopeless as a dancer,” and that she’s “like a quarterback taking up ballet. Perhaps [she] could find work as a soda jerk.”

The Lucy Show actress began her parade of sad love stories at the young age of 14 years old, winding up in a relationship with 23-year-old Johnny DaVita, who ran illegal booze at the time and was the town gigolo. DaVita would occasionally beat Ball, making her accustomed to the gangster lifestyle according to the authors, who wrote, ?Living with DaVita catalyzed some personality changes in her. She developed a foul mouth to match his own and those of his hoodlum friends.?

As Ball started to audition for more acting roles in Times Square, she was struggling to make a living as many tend to while trying to hone their crafts. She started to take nude photos to make extra money, while eating leftover food from restaurants, namely bringing a handbag with a plastic liner on dates so that she could take home half-eaten steaks. As she continued wrestling this hectic lifestyle, Lela Rogers, her good friend Ginger Rogers’ mother, gave her the following advice, saying, ?If you want to be a star within two years, get auditioned on the casting couch. That?s the advice I gave my own daughter.?

The book continues on, illustrating how the sitcom actress balanced her rising popularity along with her gangster ties, leading her to finally meeting Columbia Pictures head, Harry Cohn. Cohn was known to be “ruthless, self-centered, and mean-spirited,” with many females who were contracted under him attesting to how they had to “submit to him sexually,” with Ball recounting her own experience with him telling a friend, ?I?ve resisted so far, but other gals like Joan Crawford did all right. At a party one night, I heard her tell some people that the casting couch was better than the cold hard floor.?

The Untold Truth Of Lucille Ball

According to Porter and Prince, Ball began to get cast in more films after sleeping with Cohn. However, her encounter with Cohn did not kick her career off as fast as expected, as many casting directors could not see her as a “sex symbol,” saying she had “no talent” in acting. It was only when she dyed her hair red to set herself apart from the usual blonde beauties that ruled Hollywood that many believe changed the course of her career into becoming a tv show favorite.

Porter, who had arranged a “Lucy & Desi” Day at the University of Miami as the student body president, recalls picking up one of America’s favorite couples, only to find that there was, of course, much trouble in paradise, as told by the NY Post. Finding them arguing and aggressively quarreling, he noted how Ball hurled racial slurs at Arnaz, saying, ?She shouted denunciations at him, at one point calling him [an ethnic slur]. She accused him of having sex with two prostitutes the night before. He didn?t deny that, but claimed, ?It doesn?t mean a thing, my fooling around with some hookers. Peccadilloes don?t count.?

This book is only Volume I of the Desilu biography, featuring 576 pages of personal information on the reality of their lives together. Volume II is set to be released at the end of the year.