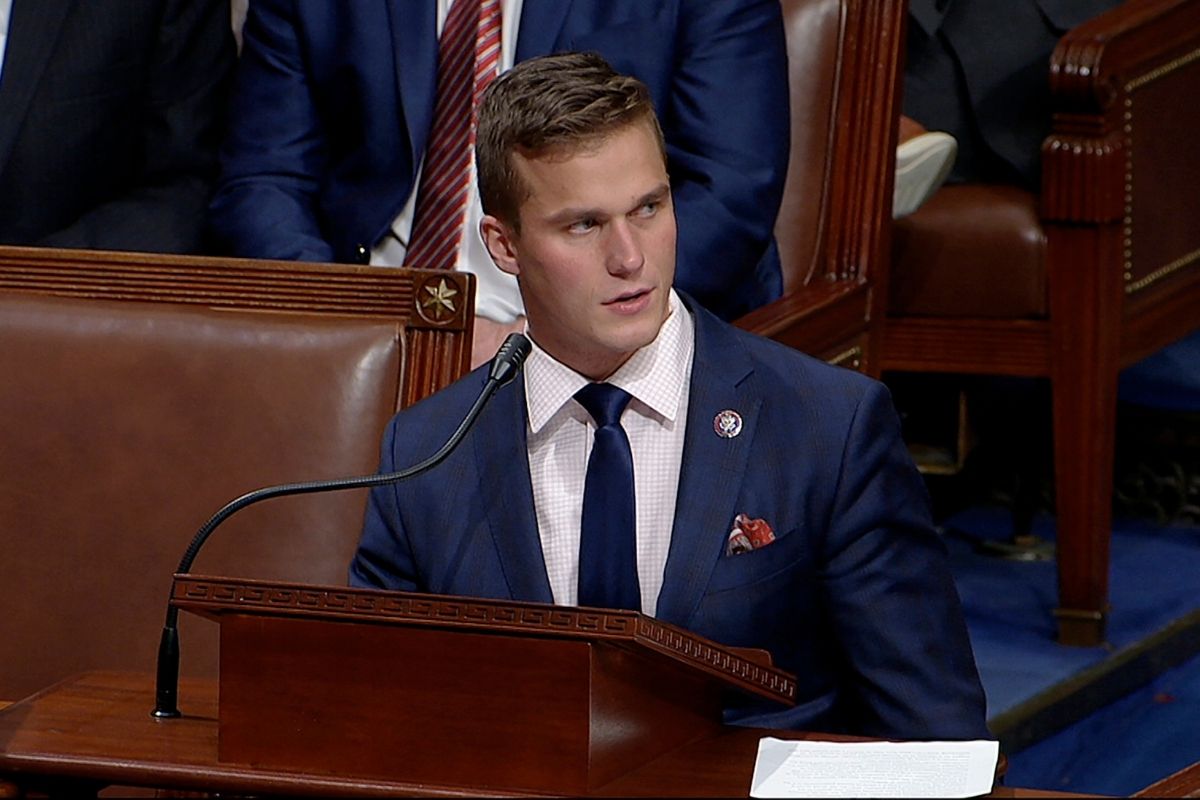 Madison Cawthorn is a Republican member of the House of Representatives representing the 11th congressional district of North Carolina. Per The Washington Post, he?s also the youngest member of Congress at 25-years-old and a ?lightning rod for controversy.? He once claimed Senator Cory Booker of New Jersey saying he was a ?non-white male? who ?aims to ruin white males running for office.? He’s also notorious for referring to his 2017 trip to Adolf Hitler’s vacation home, known as Eagle’s Nest, as a “bucket list” item that “did not disappoint” and calling Hitler “the Fuhrer.” In a later interview he “completely and wholeheartedly denounce any kind of white nationalism, any kind of Nazism,” as reported by CNN.

Cawthorn spoke at the 2020 Republican National Convention after winning his primary race and talked up his precociousness as a young GOP politician as well as the challenges he?s taken on since being partially paralyzed in a 2014 car accident while returning from a spring break trip to Florida, which made him a wheelchair user. He’s also a Donald Trump supporter who used in-person appearances and social media to speak out against Joe Biden and other Democrats. Since his star turn at the RNC followed by his election victory that sent him to Washington, D.C., questions regarding the truth of Cawthorn?s claims regarding the accident have attracted still more controversy.

How Did Madison Cawthorn Get To The House of Representatives?

Madison Cawthorn was born August 1, 1995, in Asheville,North Carolina.According to his biography on the House of Representatives website, he was homeschooled and received a full ROTC scholarship to North Carolina State University, and was nominated to the U.S. Naval Academy by Rep. Mark Meadows in 2014. He claims that his plans to serve in the U.S. Navy were derailed by a ?tragic automobile accident that left him partially paralyzed and in a wheelchair,? but according to a sworn deposition from 2017 reported on by the Citizen-Times, he was rejected from the Naval Academy before the accident. He also didn?t attend North Carolina State; he attended Patrick Henry College, a small evangelical Christian school that he does not mention in his bio, for one semester before dropping out due to the ?heartbreak? of his fiancee leaving him for another man.

He is the owner and CEO of a real estate investment company as well as a motivational speaker within and beyond the disability community. He’s also a paralympic athlete who competes with other disabled people in wheelchair racing. Cawthorn considers himself ?a constitutional conservative…committed to defending the values of faith, family and the freedom that have made America great.? He serves on the House Education and Labor Committee and the House Veterans Affairs Committee.

What Really Happened In That Awful Car Accident?

In February of 2021, The Washington Post published an article in which they reported on a speech Cawthorn gave at Patrick Henry College in 2017 in which he described the car accident that left him partially paralyzed. According to Cawthorn, the driver was a close friend who fled the scene after crashing the car, abandoning him ?in a fiery tomb.? He also said he was ?declared dead? at the scene and that he told doctors he would recover and ?be at the Naval Academy by Christmas.?

Not only had Cawthorn already been rejected from the Naval Academy, but the friend who was driving the car, Bradley Ledford, told the Post that he hadn?t left his friend to die, but had pulled him from the wreckage after the accident. Ledford said ?It hurt very badly that he would say something as false as that. That is not at all what happened. I pulled him out of the car the second that I was able to get out of the car.? Furthermore, an accident report read that Cawthorn was ?incapacitated,? not declared dead. Ledford noted that he thought the insurance company and its claims were responsible for Cawthorn saying ?crazy things,? and that the two friends had reconnected and Cawthorn ?told [him] that he didn?t believe those things anymore.?

Further controversy has trailed Cawthorn since his run for Congress. The Washington Post reports ?an extraordinary effort by former classmates and other alumni of Patrick Henry College? encouraging North Carolina voters not to elect Cawthorn due to his sexual misconduct. Three women told the Post that they ?objected to [his] behavior? and one said he ?tried forcibly to kiss her after she rejected his advance.? Madison Cawthorn did not respond to an interview request from the Post.