Madonna’s Daughter Lourdes is the New Face of Marc Jacobs 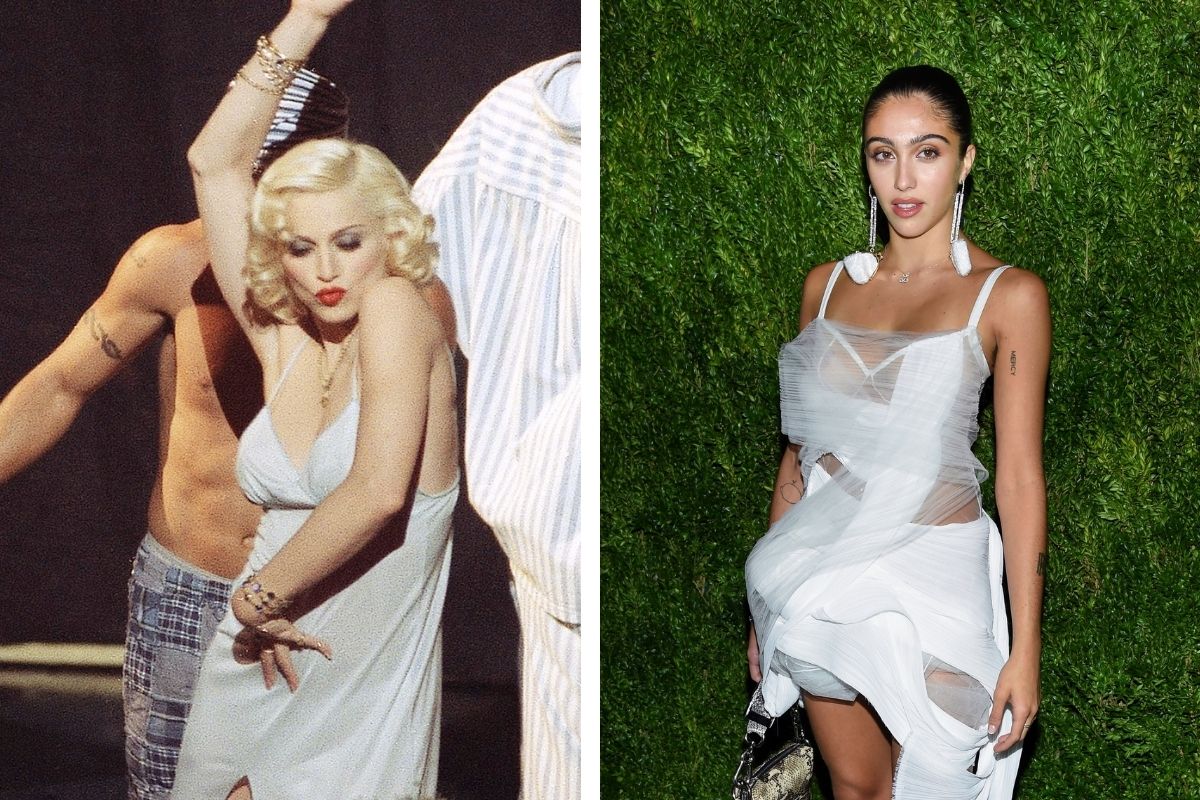 It seems like only yesterday that a 20-something-year-old Madonna — born Madonna Louise Ciccone — was dancing around Venice wearing giant crucifixes and a puffy wedding dress in the 1984 music video for “Like a Virgin”.

Almost four decades later, Madonna continues to kick ass and cause controversy (though she doesn’t always kick ass at causing controversy). But these days, she does so as a cultural icon, international superstar, symbol of female empowerment, and mother.

With a colorful history of past marriages, relationships, and love affairs, the 60-something-year-old singer-songwriter has had six children: two biological children, and four adopted. Last year, the Material Girl shared a social media post with a rare family photo that featured all six of them (Madonna’s 26-year-old boyfriend Ahlamalik Williams, can also be spotted. “A Beautiful Souvenir ………….Giving Thanks. ?? #everyday #ninasimone,” Madonna captioned the post.

So who are these six individuals raised by the Queen of Pop? Let’s meet each one of Madonna’s children:

Madonna’s eldest daughter Lourdes Leon — or “Lola” — is the daughter of Madonna and her former personal trainer and actor Carlos Leon.

Growing up, Lola developed a knack for singing and dancing like her momma — but her true passion lies with fashion. After studying the subject at the University of Michigan (her momma’s alma mater), Lola made her runway debut at New York Fashion Week. As a model, Lola has been the face of luxury campaigns like Stella McCartney’s Pop fragrance and Converse’s MadeMe collaboration.

A post shared by Lola Leon and Rocco Ritchie (@lola_rocco_lovelly5810)

After marrying director Guy Ritchie in 2000, Madonna and Ritchie welcomed their son Rocco Ritchie that same year. Following his parent’s divorce, Rocco chose to live with his father in the U.K.

In 2016, the 16-year-old Rocco was embroiled in a custody battle between his mom and dad in 2015. Rocco had been traveling with his mom on her “Rebel Heart” tour when he left to stay with his father in the U.K. After Rocco insisted on stay with his dad despite a court order, rumors started circulating that the mom and her son had been feuding due to Madonna’s strict parenting. Shortly after, the two appeared to reconcile —  they were spotted sharing dinner and traveling to Malawi for a charity trip.

Following complications with conception, Madonna and Ritchie traveled to the Southeastern African country of Malawi to adopt David Banda Mwala Ciccone Ritchie. Today, Madonna’s teenage son David is a promising soccer player for the Benfica Youth football club. To support her son’s burgeoning football talent, Madonna even moved the family to Lisbon, Portugal, where David’s football team is based.

?Any woman who is a soccer mom could say it kind of requires you to have no life in a way because things change from week to week and games change from weekend to weekend ? sometimes they?re in the city, sometimes they?re not, and we would never know until Thursday night whether they?re on Saturday or Sunday, if at twelve o?clock or later,? Madonna said in an interview with Vogue Italia. ?It?s impossible to make plans!”

Like her older brother, Mercy James was also adopted from Malawi in 2007. Madonna had actually met the two orphans at the same time, but was only permitted to adopt David.

?I met Mercy soon after I met my son David, but they were living in different orphanages,” Madonna told an audience at the opening ceremony for The Mercy James Institute for Pediatric Surgery and Intensive Care, created in honor of her daughter. “David was in Mchinji in Home of Hope, and Mercy was here in Blantyre at Kondanani. Mercy was suffering from malaria, and David from pneumonia. And when I held each of them in my arms, I whispered in their ears, that I would look after them. And I promised them that they would grow up into strong and healthy adults.?

Madonna adopted David first, and would later petition for Mercy. But because the pop star was recently divorced from ex-husband Guy Ritchie, the judge deemed her unfit to adopt. Ever the fighter, Madonna hired a team of lawyers and took her case to the Supreme Court.

?I fought for Mercy, and I won. It wasn?t easy,” the pop star told the audience. “And with the blood, sweat, and tears of so many people here today, we fought for this hospital?and we won. So I?m here to say: never, ever give up on your dreams. Never stop fighting for what you believe in. And finally: Love conquers all.?

Twin sisters Estere and Stella were also adopted from Malawi. Madonna adopted the girls when they were five years old from an orphanage in 2017. Since bringing the twins home for the first time, ?It?s like they were always here,? the celeb told People. ?It didn?t take long for them to get acclimated.? Estere and Stella reportedly love watching Moana and Sing.