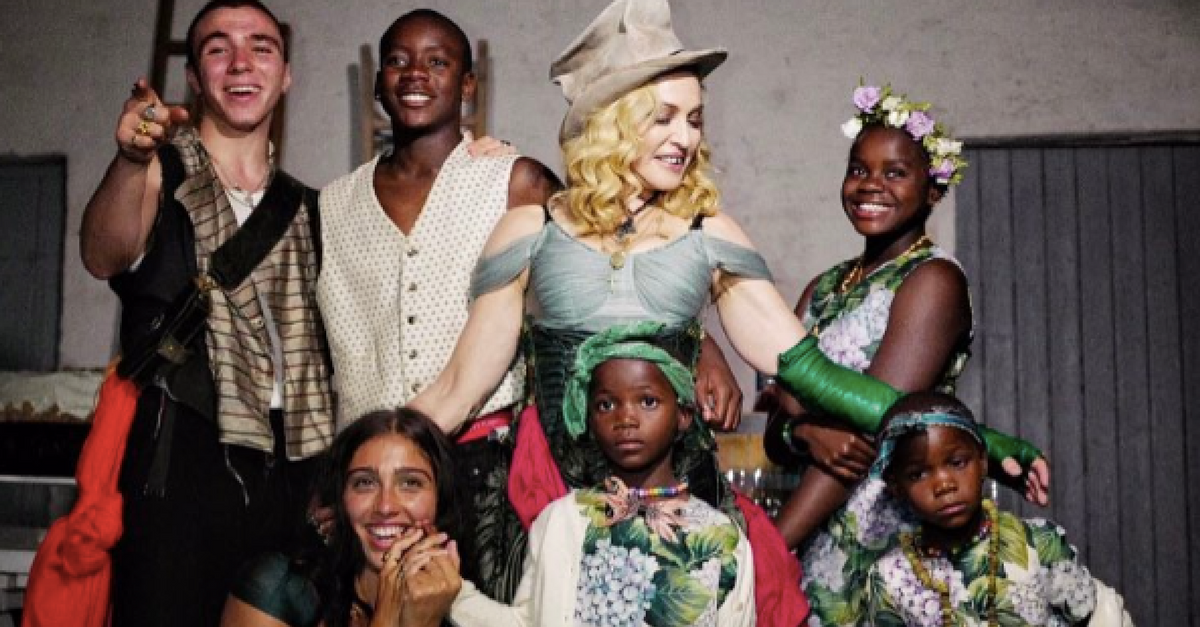 Photographed for the very first time!

Madonna shared the debut family portrait featuring her and all six of her children Friday following her 59th birthday party. The singer was surrounded by love during the gypsy-themed festivities in Italy and took a moment to pose

The singer was surrounded by love during the gypsy-themed festivities in Italy and took a moment to pose for a picture with her kids Rocco, 17, David, 11, Lourdes, 20, Mercy James, 11, and 4½-year-old twins, Estere and Stella.

“Birthday,” she captioned the one-of-a-kind picture.

The singer’s birthday party was a two-day event with long-time friends joining her from all over the world to celebrate the occasion.

RELATED: In an explosive interview, Madonna’s brother is speaking out about his “horrific” sister and their strained relationship

Madonna adopted Estere and Stella from Malawi, the same country from which she adopted David and Mercy, in February. In July, she opened the country’s first-ever pediatric surgery and intensive care center in the African nation. She shares son Rocco with Guy Ritchie and daughter Lourdes with Carlos Leon.