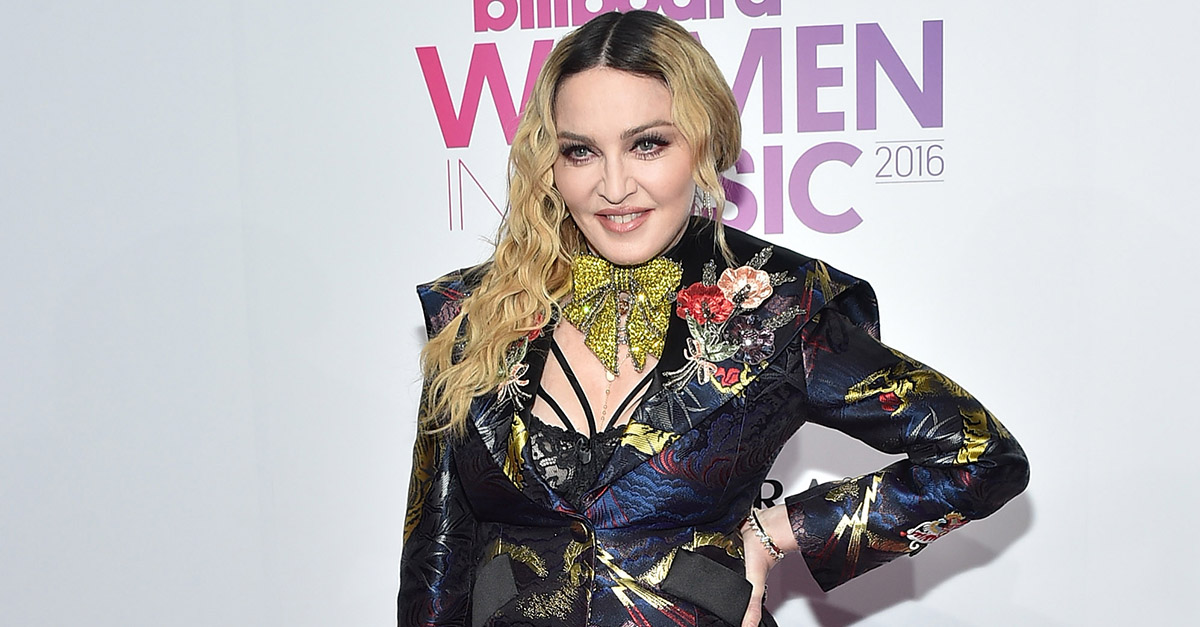 Madonna certainly has never been shy in front of a camera.

On Saturday, the “Material Girl” singer gave fans a peek at her toned body when she shared two racy photos on Instagram.

In the first shot, she posed with a gold grill and in the next, she was fully nude and posed laying down. She added the caption, “Gold” to the photos.

Madonna maintained some privacy by cropping out some of her body from the shot, but we get the idea.

RELATED: One former “American Idol” judge’s bank account is a little lighter now that she offered to pay her fans’ college tuition

The racy photos come just days after Madonna walked the famous steps at the red carpet for the Met Gala.

She posed in a camo themed gown designed by Moschino and she was really feeling herself that night!

She even shared a hilarious snap of “American Horror Story” star Sarah Paulson fan-girling over her at the event and got up close-and-personal with Amy Schumer.

“Sometimes you just have to let your friends rest on your boobies! 🤡🤡🤡” she wrote.

Sometimes you just have to let your friends rest on your boobies! 🤡🤡🤡