On Sunday, the “Dancing with the Stars” pro took his moves to the streets and shared a special moment with two month old son, Shai.

In a video filmed by fiancee Peta Murgatoryd, Chmerkovskiy showed off his dancing skills by spinning his baby around in the street.

“Been waiting for this for the longest time. Happy first two months of life, son. Here’s to you dancing happily through the rest of it! #babyBirthdays #babyChmerkovskiy #DadyTime ? @petamurgatroyd,” Chmerkovskiy wrote.

But, being the protective dad that he is, when a car went by, Chmerkovskiy shielded Shai away from the oncoming vehicle before taking his fancy footwork back to the streets.

Murgatroyd and Chmerkovskiy are gearing up to head back to the ballroom for season 24 of “Dancing with the Stars.”

Chmerkovskiy will be paired with “Glee” alum Heather Morris while Murgatroyd will take to the ballroom with “The Bachelor” Nick Viall. 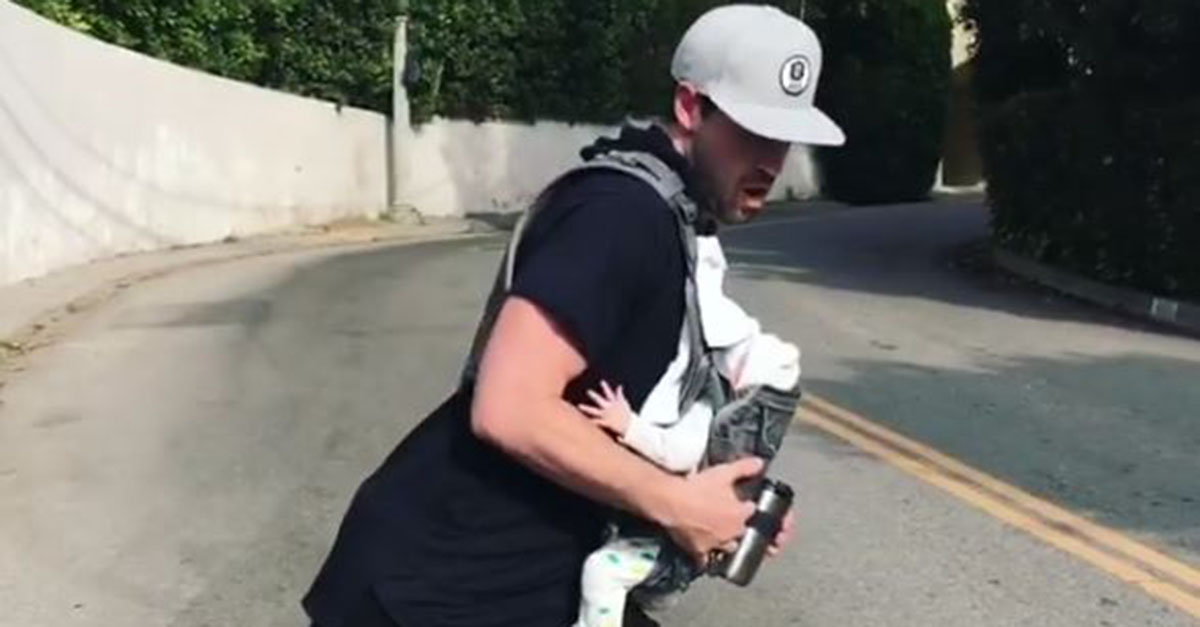