During his final press conference as president, Barack Obama praised his daughters and said he’s “optimistic” about our future generation because of them.  He also said that they know “they need to be active citizens”

Less than a week after his comments, the former president’s oldest daughter, 18-year-old Malia, was doing just that.

Malia, who is in a gap year before she heads off to Harvard in the fall, attended a Dakota Access Pipeline solidarity event during The Sundance Film Festival in Park City, Utah Monday.

Actress Shailene Woodley, who has been protesting the pipeline for several months and has even been arrested for her efforts, praised Malia for showing her support.

During an interview with Democracy Now, she shared her delight that the former first daughter attended.

RELATED: During the final moments of his last press conference, President Obama shared heartfelt sentiments about his daughters

“It was amazing to see Malia. I saw her last night when we did the event with Chairman Dave Archambault. And it was incredible to see her there,” Woodley told the publication. “Also, to witness a human being and a woman coming into her own outside of her family and outside of the attachments that this country has on her, but someone who’s willing to participate in democracy because she chooses to, because she recognizes, regardless of her last name, that if she doesn’t participate in democracy, there will be no world for her future children.”

The pipeline, which would cross a river that runs through Native American land and raised concerns of water contamination, was halted by President Obama until another route could be found. However, this week, President Trump issued an executive order allowing the pipeline to continue as planned.

Malia reportedly left her family’s vacation in the Caribbean to attend the festival before starting her internship with Harvey Weinstein. 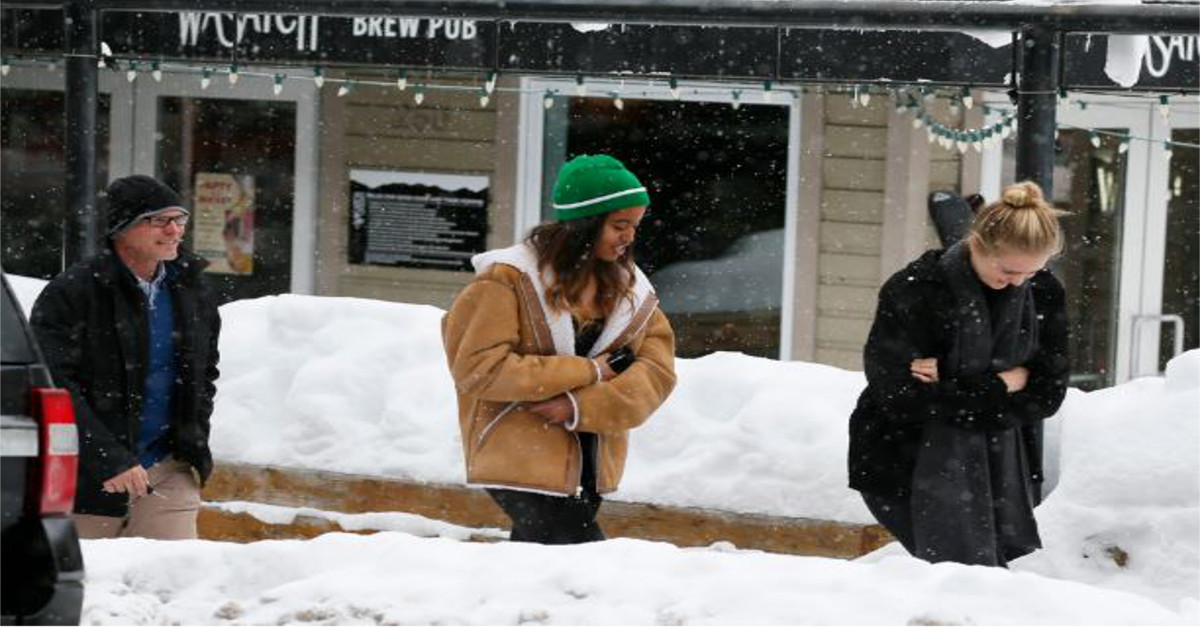