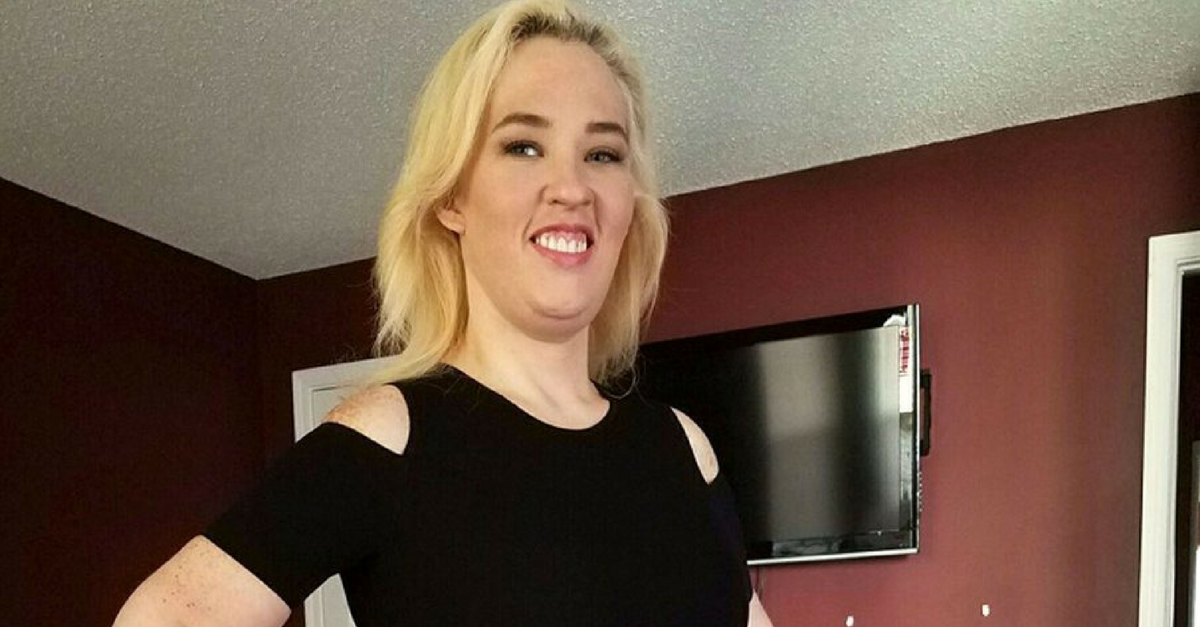 It’s almost been a year since Mama June Shannon shed 300 pounds and documented her weight loss journey on “Mama June: From Not to Hot,” and now, she’s proving to us all that she’s kept off the weight.

In a photo taken this summer and released on Thursday, Mama June models a little black dress, showing off her 132-lb figure. She was all smiles after she slipped into the dress.

RELATED: Mama June Shannon celebrates her weight loss by slipping into a red swimsuit and striking a pose

She opened up about her fear of putting the weight back on during her appearance on “The Wendy Williams Show” in April, saying, “For me, throughout the years, I’ve been able to drop the weight. But maintaining it…I guess I became what you call a ‘scale whore’ because I was constantly beating myself up.”

“I can promise you I’m never going back to that size,” Mama June vowed to PEOPLE after her weight loss. “I’m happy where I’m at.”

And it looks like she’s been doing an incredible job!

RELATED: The “Mama June: From Not to Hot” reunion show promises to be eventful as angry Sugar Bear reaches his boiling point