Another baby is on the way!

Mama June Shannon is going to be a grandma again now that her daughter, Lauryn “Pumpkin” Shannon revealed she is expecting. The 17-year-old reality TV star made the announcement on a sneak peek of the upcoming second season of “Mama June: From Not To Hot” released on Monday.

“Hey guys, guess what?! I’m pregnant!” she said in the sneak peek.

Shannon said she does not yet know the sex of her baby but is looking forward to motherhood and has a theory about whether or not she will have a boy or a girl.

“If I had to bet, because of all the girls in our family, I’m probably having a girl,” she said of her theory on the sex. “Could you imagine another little fucking me running around? You guys are gonna be fucked!”

“I’m really excited to be a new mom, but there is some challenges that I am gonna have to face, ” she said. “I’m really nervous about having a baby because it does have to come out of my hoo-ha. My baby daddy’s head is like the size of a freaking watermelon so imagine trying to push a watermelon out of your vagina. No.”

“I really wish I could have this child right now,” she said in an interview for WE tv. “I hate being pregnant, but you know, you gotta do what you gotta do.”

Shannon has yet to announce who the baby’s father is but was reportedly engaged to her boyfriend, Joshua Efird in 2016. Mama June is already the proud grandmother of Kaitlyn, 5, and Kylee, 1, from her estranged daughter Anna “Chickadee” Cardwell. 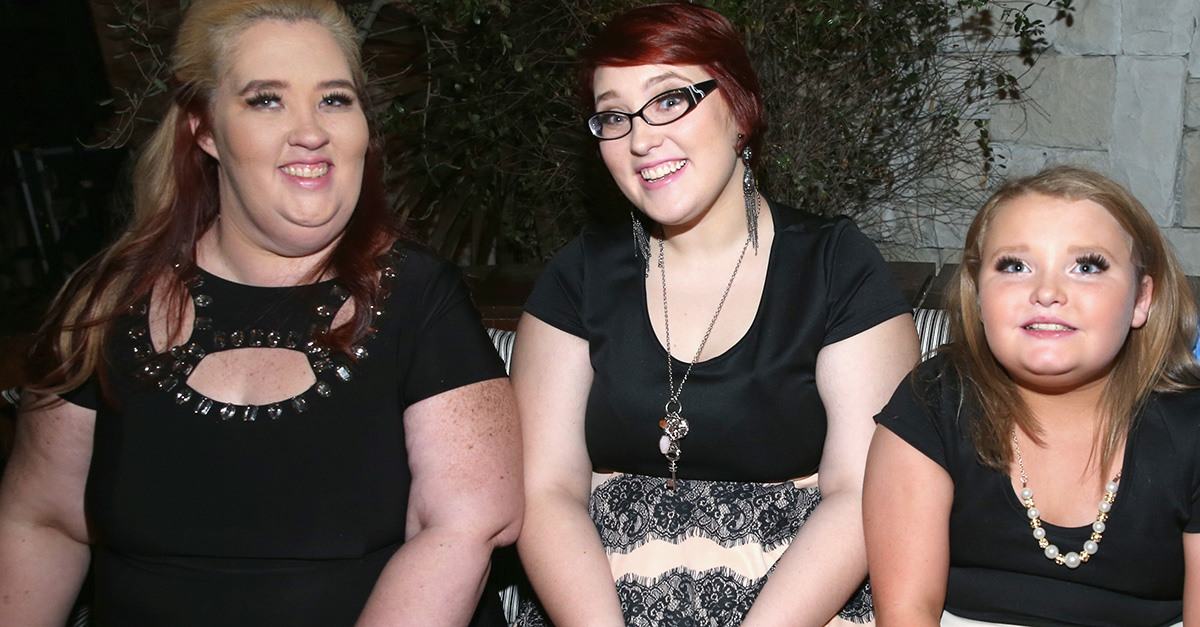