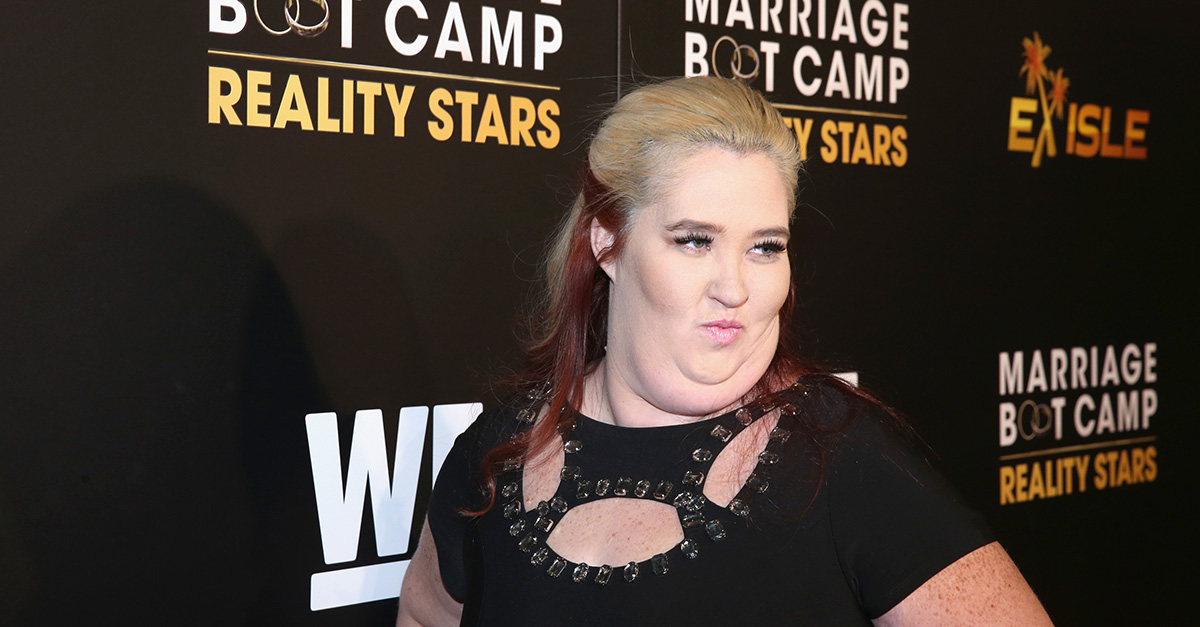 One of Mama June Shannon’s daughters thinks this whole return to TV is just for more fame.

Shannon has recently dropped from over 400 pounds to a size 4, and her estranged daughter, Anna “Chickadee” Caldwell, has something to say about it.

Caldwell also claimed that June’s manager influenced her to do the surgery for reality TV and came to her with the same offer, promising the show would “get her out there” again.

RELATED: The cute kid from ?Jerry Maguire? is all grown up and opening up about his dark past

“I think Mama did get herself out there to get another show,” she said. “That’s my opinion on that. I don’t think she did it or anything for herself. If she would have done it for herself, she would have tried to lose the weight a long time ago.”

Caldwell hasn’t ruled out the idea of ever appearing on reality TV again, but she said if she does make a return, it won’t involve surgery.

“Everybody wants me to get my own show anyways regardless of getting anything done,” she said. “I doubt it’s going to happen, but it would be nice. Lots [of people have] been asking me about getting my own show with my kids again. [They] tell me that they would watch the show just for me and kids.”

As for the reason she is estranged from her mother, Caldwell claims it all has to do with money. She said she last spoke to her mother the week before Christmas and described the encounter as “very awkward and unwelcoming.” She went on to claim that Shannon owes her and her daughter Kaitlyn nearly “half a million dollars” for their involvement in “Here Comes Honey Boo Boo.”

“If I don’t get Kaitlyn’s money, she is never seeing Kaitlyn again,” Caldwell threatened. “I’ve done told her this. I’ve text her month ago […] She claims that she cares and misses Kaitlyn, but she can’t even check up on her and call her and see how she’s doing.”

There also seems to be bad blood with her sisters Alana Thompson, Lauryn Shannon and Jessica Shannon.